Jessica Campbell, best known for her roles in the 1999 film Election and cult classic series Freaks and Geeks, has died at 38.

Campbell’s family announced the actor died on December 29 in Portland, Oregon. Campbell retired from acting to become a naturopathic physician, and she collapsed after seeing patients at her practice. She was unable to be revived and her cause of death is to be determined.

Campbell first appeared in the 1992 TV movie In the Best Interest of the Children, starring Sarah Jessica Parker. Her following major film role was in 1999 comedy satire Election, with Matthew Broderick and Reese Witherspoon. She played the angsty sister of school jock Paul (Chris Klein) whose girlfriend dumps her and leaves her for Paul. Wanting revenge, she runs against him for class president. The performance secured her an Independent Spirit Award nomination for Best Debut Performance.

The actor also appeared in Freaks and Geeks, as Amy Andrews, a tuba player in McKinley High’s marching band. She briefly dates Ken (Seth Rogen) and later reveals to him that she was born intersex.

Campbell also starred in drama film The Safety of Objects opposite Glenn Close and Dermot Mulroney, as well as 2002’s Junk and Dad’s Day.

Cambell’s cousin Sarah Wessling set up a GoFundMe campaign to pay for the funeral costs and provide for Campbell’s 10-year-old son Oliver. “A true adventurer in every sense of the word, Jessica packed a staggering amount of experiences into her tragically short lifetime,” Wessling wrote on the GoFundMe page. “She could always be counted on as the instigator of, or at the very least a willing accomplice to, various forms of mischief and hijinks. To know her is to have an over-the-top story involving her. To know her is to have known true friendship.”

Witherspoon also expressed her condolences in a tweet: “So heart broken to hear this. Working with Jessica on Election was such a pleasure. I’m sending all my love to Jessica’s family and loved ones.”

Campbell is also survived by husband Daniel, her mother and an aunt, among other extended family members. A memorial service is being planned.

For a daily dose of 9Honey, sign up here to receive our top stories straight to your inbox 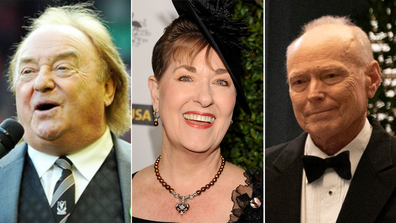 Small Press Highlight: A cult for Dracula or Freedom Fighters? Select your group