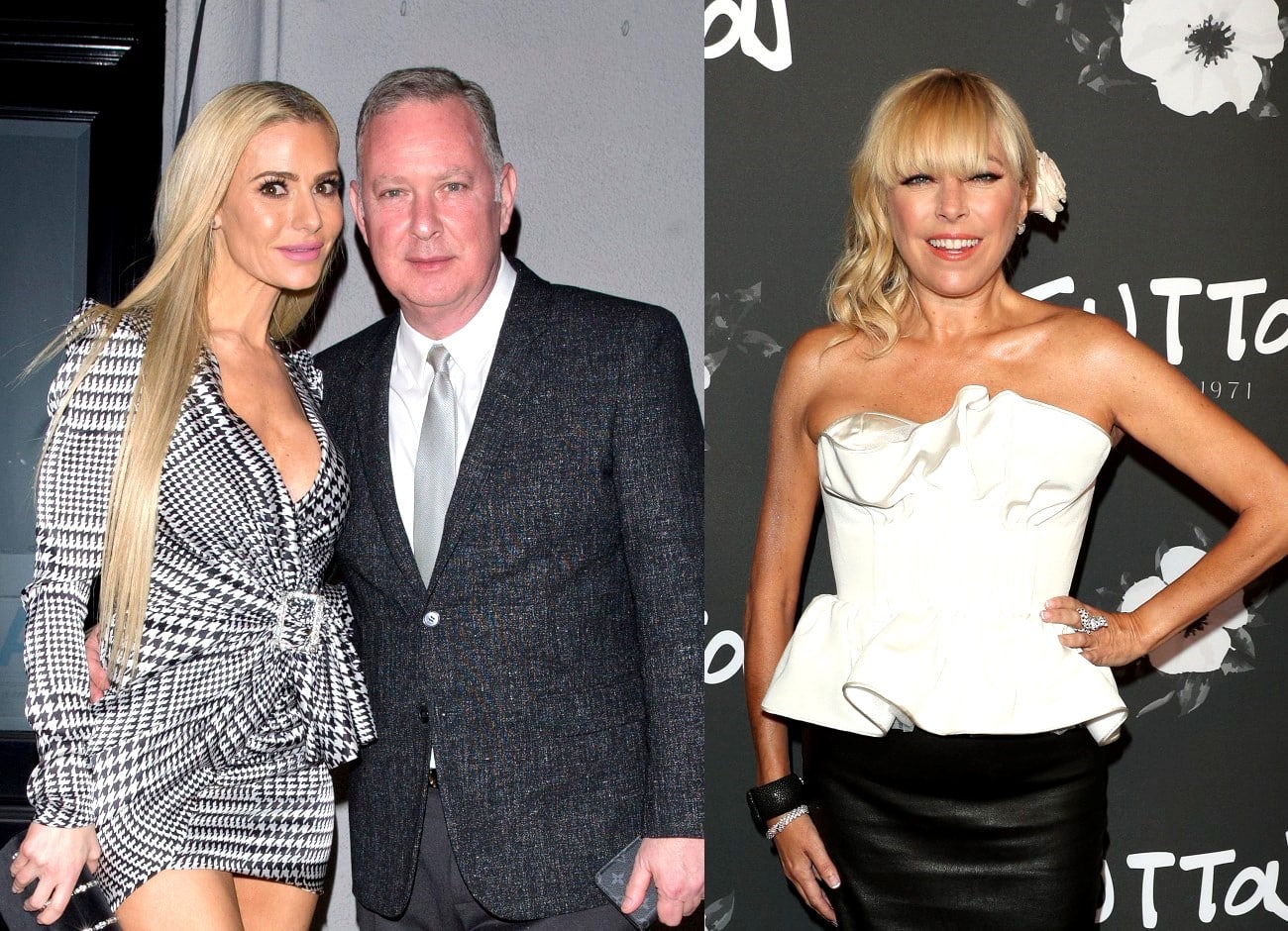 Paul “PK” Kemsley is speaking out about Sutton Stracke‘s insensitive reaction to the news of his wife Dorit Kemsley being held at gunpoint and robbed as their two young children, son Jagger, 8, and daughter Phoenix, 6, slept in another room.

After Sutton was seen discussing the home invasion with Kyle Richards on The Real Housewives of Beverly Hills, making it clear that she was more concerned about what was going on in her life and with her business, PK offered a response to her lack of care on his Instagram Story.

In a screenshot shared by Bravo Obsessed on Twitter, a poll posted by Hayu UK was reshared by PK.

“What do you think of Sutton’s reaction to Dorit’s break-in?” the poll asked, with options of “totally fine” or “it was shady” as answers.

And after 87 percent of the page’s fans and followers chose “it was shady,” PK noted that Sutton’s reaction to his wife’s horrifying experience was far from fun shade.

“Shady sounds fun. This is not shade, it’s darkness,” he captioned the post. 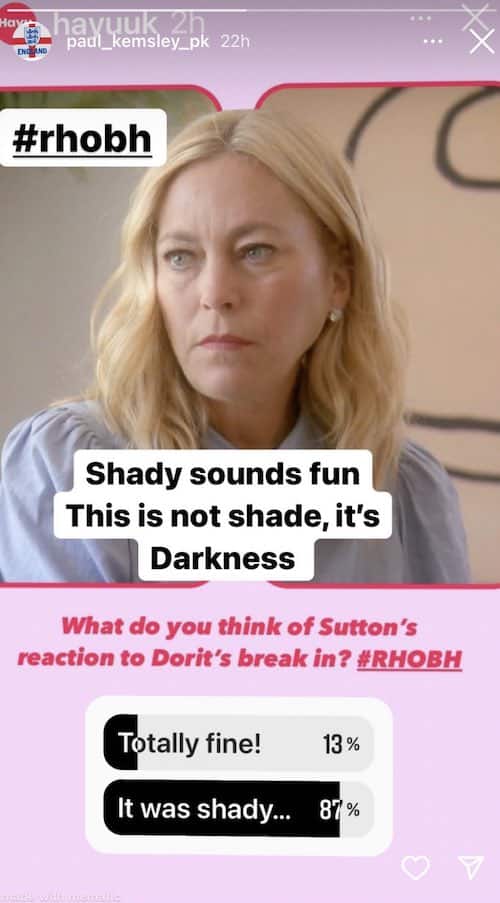 On the RHOBH premiere, Sutton told Kyle that Dorit’s break-in sounded “weird” before turning the spotlight onto herself.

“I’ve been putting out fires all day today, too. But it might just be that kind of day… I’ve got this French designer that I’m bringing,” Sutton shared, expressing frustration in the delays she was experiencing from immigration.

“That doesn’t seem like a fire after what [Dorit just went through],” Kyle interjected.

“Well it is for me and my business and what I’m trying to do,” Sutton fire back. “It’s all relative. I mean, I wasn’t held and gunpoint. I’m sorry.”

“I had a weird day and so I wasn’t focused and I was insensitive to what happened,” Sutton later told Page Six. “Once I kind of got my brain settled and understood the severity, I think contrite can only explain how I felt.”

Erika Jayne also commented on Sutton’s reaction, saying on The Wendy Williams Show that their RHOBH castmate could have lost her life.

“I know that we’re doing a television show and under the guise of entertainment, but here’s the reality: Dorit could have lost her life, and those children could have as well, so don’t tell me that, ‘Oh well I just got caught up in it…’ [Sutton]’s 50, I’m 50. We’re not kids, we know what was coming out of our mouth.”

“Crime is real… and you have to be sensitive to people who are victims of crime, you know, a violent crime,” she added.

Want a date? Perhaps attempt some gods in #BLESSED