Robert Pattinson’s Role in Harry Potter Is So Underrated 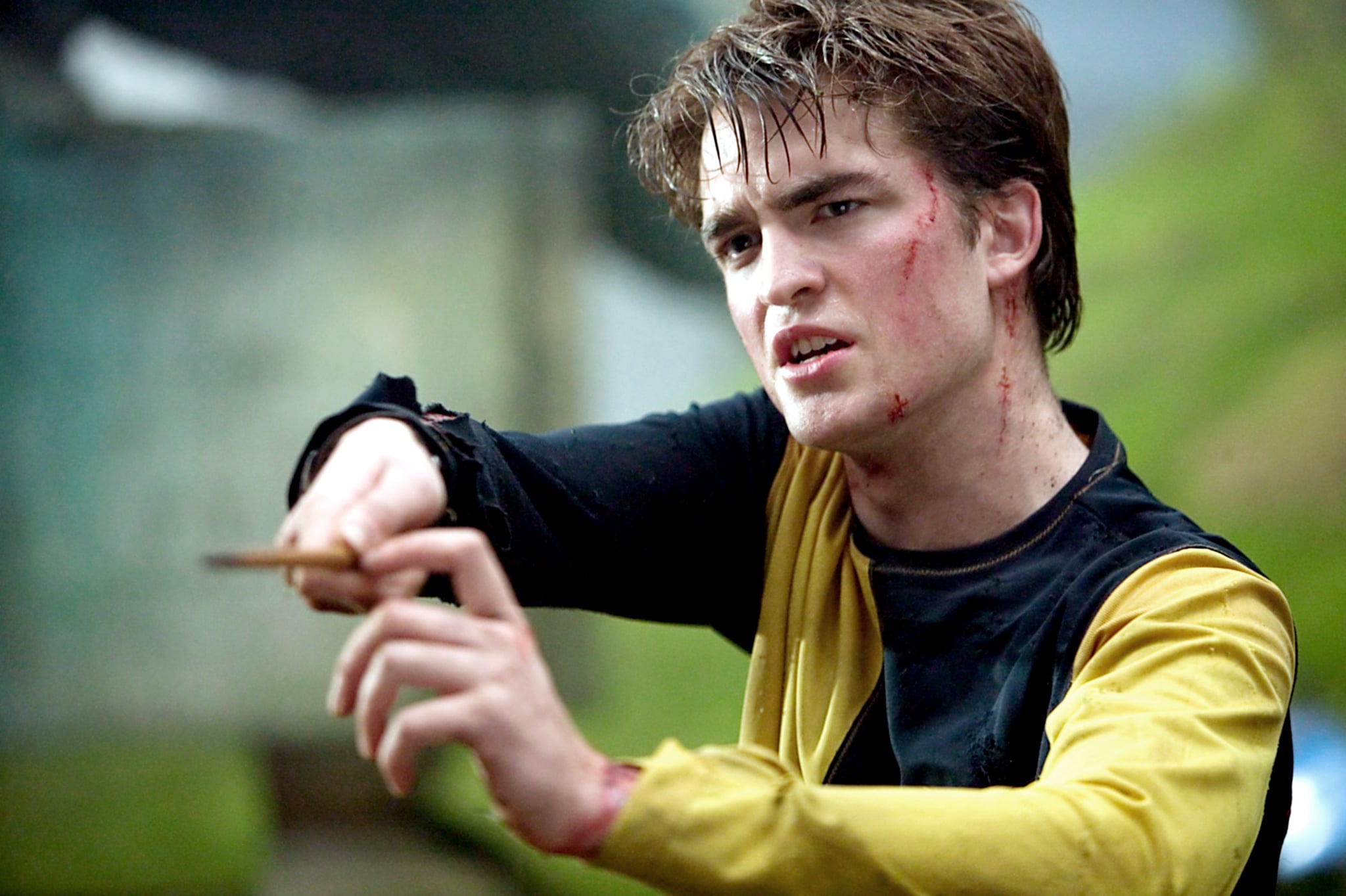 Years before he literally dazzled us onscreen as Edward Cullen in Twilight and even before he took on the lead role in The Batman, Robert Pattinson was fighting crime and channeling his supernatural abilities as Cedric Diggory in Harry Potter and the Goblet of Fire. At just 17 years old, Cedric sacrificed himself to Voldemort to give Harry the chance to escape and warn the rest of Hogwarts of the Dark Lord’s return, breaking the hearts of Harry Potter fans (myself included) around the world in 2005. Despite Cedric’s notable influence in the fourth film, Pattinson’s role is often overshadowed by the legacy of the sparkling stalker vampire he would later go on to play in 2008. Still, I think Pattinson’s role as one of the most memorable wizards in Hufflepuff history deserves credit where credit is due.

If you’ve seen the movies, then you know Cedric doesn’t have many lines. In fact, Pattinson only gets eight minutes of screen time throughout the entire 157-minute film, making it easy for some to overlook his character. But it’s important to remember that Pattinson’s character was a well-liked prefect, captain of the Hufflepuff quidditch team, and chosen as one of four Triwizard Cup champions. From this point, he went to take on the tournament’s three deadly tasks alongside Harry, Beauxbatons’s Fleur Delacour, and Durmstrang’s Viktor Krum, proving himself to be more than just the popular kid or a handsome face.

Harry was deeply affected by his death, but it gave Harry and the rest of the wizarding world the incentive they needed all along to take Voldemort’s return seriously and prepare for the impending war.

The first task of the tournament requires the competitors to face off with a dragon and retrieve a magical golden egg. Ahead of the task, Harry and the other champions, minus Cedric, are given intel to prepare them for the dragon duel. In order to keep the tournament fair, Harry tips Cedric off about the dragons, potentially saving his life. Before the second task, the champions are required to crack the secret hidden within the golden egg in the form of a merperson’s song.

Harry is the last to figure out the riddle, and he only does so after Cedric gives him an obvious hint about opening the egg underwater in the prefect’s bathroom. Here, Cedric had the option to keep the egg’s secret hidden and give himself an advantage over Harry. But in giving Harry a clue, he repays the younger wizard for his initial kindness and better prepares him for saving Ron in the Black Lake. Seeing Cedric extend this gesture of kindness made me respect him as more than just a cute wizard or a Hufflepuff prefect because it proves he values fairness and generosity over success, which is something that still lingers in the back of my mind years later.

During the third task, the champions must make their way through an overgrown maze littered with magical obstacles. Each of them sets off on their own, but Harry encounters Cedric when he hears him being tortured by Viktor Krum, who Barty Crouch Jr. — disguised as Mad Eye Moody — is controlling with dark magic. Harry saves Cedric by stunning Viktor before moving forward to approach the Triwizard Cup at the same time as his opponent. But before Cedric, who is slightly in the lead, can reach the cup, he’s attacked by an Acromantula. Together, Harry and Cedric defeat the giant spider, which serves as a testament to both Harry and Cedric’s good nature and ability to work as a team to benefit each other.

Afterward, Cedric insists Harry deserves the Triwizard Cup for saving his life twice within the maze. At first, I wondered why Cedric wouldn’t just take the cup for himself, since he clearly arrived first and could have earned himself the title of Triwizard Champion in a heartbeat. Now, I realize that Cedric was going against the grain of the popular jock stereotype by being a good friend and thanking Harry for his sacrifices, providing an inspiring display of his integrity and kindness.

Throughout these climactic moments, Pattinson’s pained facial expressions and thoughtfully delivered lines add to the love we as viewers have for Cedric, making him feel as real in our minds as he is on the screen. Cedric’s most memorable scene by far, though, occurs when he and Harry are teleported by the cup — which was a portkey in disguise placed there by Barty Crouch Jr. — to the graveyard in Little Hangleton, where Tom Riddle’s family once lived. When they arrive, Peter Pettigrew immediately attacks them, killing Cedric instantly per the orders of a weakened Voldemort. Had Cedric taken the Triwizard Cup for himself, his body never would have been recovered from Little Hangleton, and Harry and Hogwarts would never have been warned about Voldemort’s return.

If sweet, polite, Hufflepuff Cedric Diggory had been that boy next door to sweep me off my feet with his Nimbus 2000, I would have happily flown off into the sunset with him.

Following his death, Cedric is remembered as decent, kind, and good-hearted by all who knew him. More than that, Harry was deeply affected by his death, but it gave Harry and the rest of the wizarding world the incentive they needed all along to take Voldemort’s return seriously and prepare for the impending war. In the end, Cedric’s death was kind of the catalyst for Hogwarts’s organized resistance against the Dark Lord, making his character more meaningful than most give him credit for.

As a kid, I used to imagine what it’d be like if I somehow discovered I had magical powers all along, or what it’d be like if I encountered someone with secret supernatural abilities. If sweet, polite, Hufflepuff Cedric Diggory had been that boy next door to sweep me off my feet with his Nimbus 2000, I would have happily flown off into the sunset with him. I also would have happily partook in a spinoff series focused on Cedric and his life as a Hufflepuff at Hogwarts, but I digress. Pattinson’s role as Cedric had a lasting impact on the Harry Potter series and fandom. He brought to the table everything readers of the books were hoping for when his character was introduced, and I raise my wand to him for making my childhood that much more magical.

Why Kaitlyn Bristowe Will “Poke Holes” in Jason Tartick’s Condoms

Why Kaitlyn Bristowe Will "Poke Holes'' in Jason Tartick's Condoms