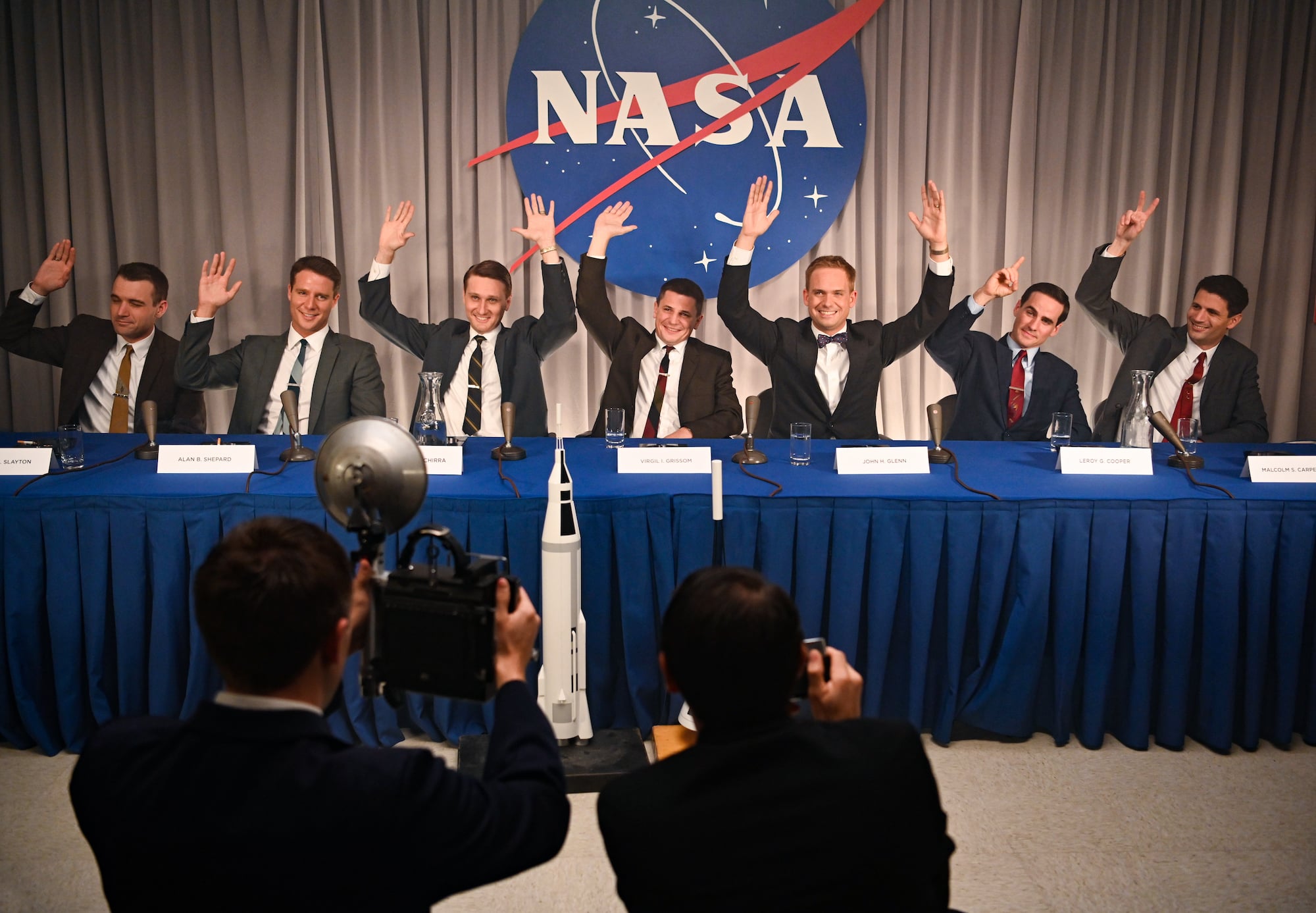 New series The Right Stuff, now streaming on Disney+, tells the incredible tale of America’s first astronauts. Called the Mercury 7, the seven astronauts and their families became instant celebrities as they took part in the historic Project Mercury, each competing to become the first man in space. Launched into both fame and danger, the Mercury 7 would go down in history as fighters, go-getters, and risk-takers, all eventually flying into space. However, in the end, their destinies turned out to be very different.

Why Did NASA Start Project Mercury?

In 1958, during one of the most intense moments of the Cold War, the newly-formed NASA was forced to go big or go home when it came to the space race. In 1957, the Soviet Union launched Sputnik 1, the first artificial Earth satellite, shocking the world with the idea of American technological inferiority. And although NASA was the first to launch a non-human mammal into space with the rhesus monkey Albert II in 1949, the Soviets carried the first animal into orbit with dog Laika later in 1957 on the Sputnik 2 spacecraft. As they launched more than 10 other dogs into orbit, the Soviets continued to give NASA and the U.S. a run for their money, inching towards becoming the first to launch a man into space. In response to the mounting pressure, NASA chose seven astronauts from dozens of military test pilots to compete to become the first man launched into orbit. These ordinary men suddenly became American heroes, rising from normalcy into greatness in the blink of an eye.

Who Were the Men Chosen to Be Part of the Mercury 7?

The objective of Project Mercury was to launch a man into Earth’s orbit, and return him safely to the Earth, evaluating his experience, capabilities, and challenges in space. First off, NASA had to create a certain criteria for the Mercury 7: after coming up with the term “astronaut,” they decided that each man had to be a military test pilot, less than 40 years old, less than 5’11” tall, in excellent physical condition, have a Bachelor’s degree, be a graduate of test pilot school, possess a minimum of 1,500 hours of flying time, and be a qualified jet pilot. Sixty-nine possible candidates were brought to the Pentagon on Feb. 2, 1959, going through standardized tests and interviews. Eventually, NASA landed on seven men who were perfect for the immense task at hand. 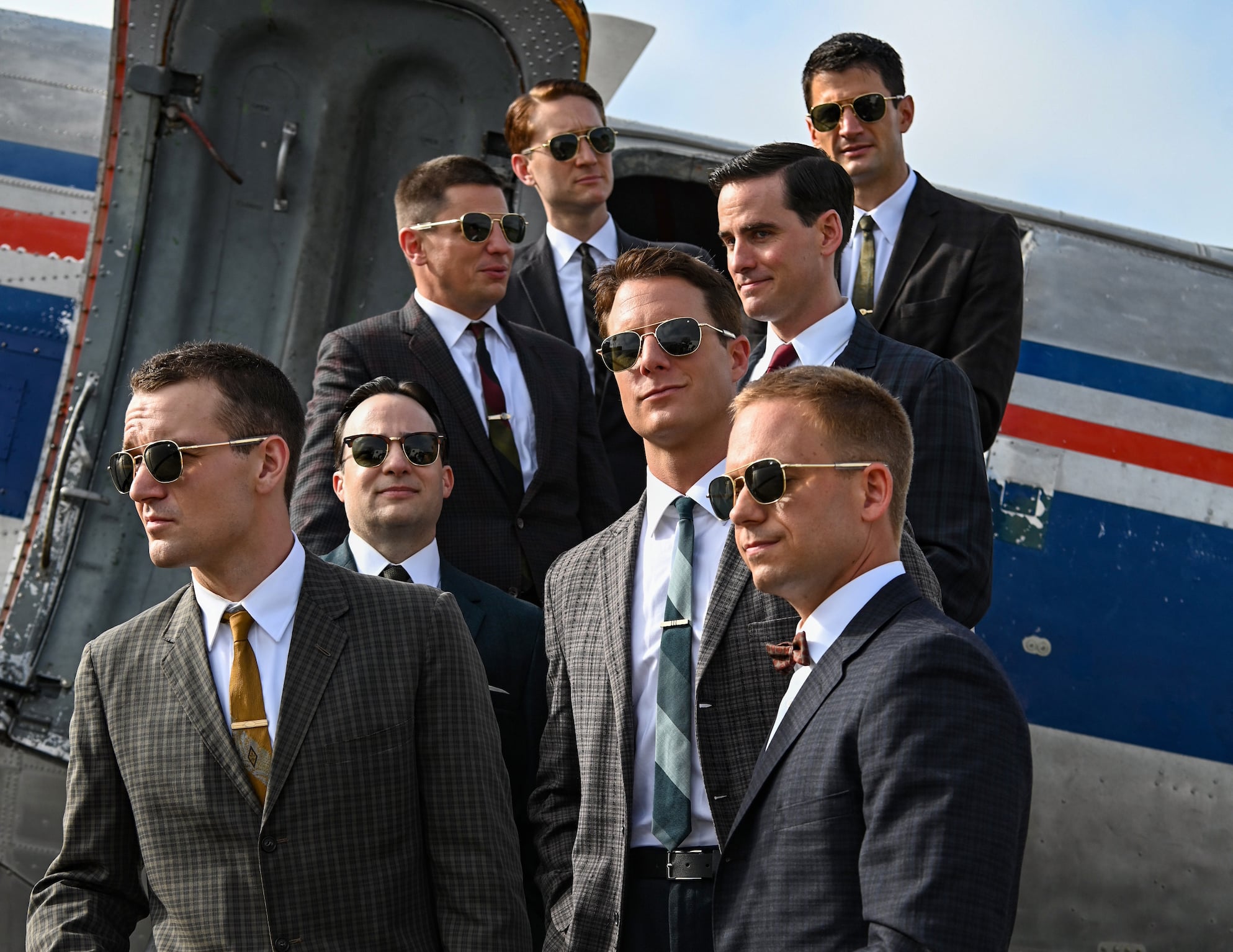 The seven men and their families were quickly catapulted into notoriety, facing tumultuous new lives, absorbed both by fame and intense challenges. The Disney+ series features all seven original men, but centers on Patrick J. Adams’ and Jake McDorman’s characters: Major John Glenn, a renowned test pilot with a strict moral compass, and Lieutenant Commander Alan Shepard, known as one of the best test pilots in the history of the Navy, and, *SPOILER ALERT* the man who would become the first American in space. Making up the rest of the Mercury Seven were Lieutenant Gordon Cooper (played by Colin O’Donoghue), Wally Schirra (Aaron Staton), the pilot prankster, Scott Carpenter (James Lafferty), nicknamed “The Poet,” Deke Slayton (Micah Stock), a freakishly-intelligent pilot and engineer, and Gus Grissom (Michael Trotter).

As they competed against each other and went through countless challenges to prepare for space, the newly-minted Mercury 7 became a part of America’s first “reality show,” so to speak. The huge media interest was unheard of at the time, not just in their training, but in their personal lives as well. That, and the fact that they only had two years to prepare for what NASA engineers estimated should probably take them several decades, created pressure that would stretch the seven men to their limits, resulting in a nerve-wracking narrative of brilliance.

What Was the Result of Project Mercury?

Although Russian cosmonaut Yuri Gagarin beat the U.S. in the space race on April 12, 1961, Mercury astronaut Alan Shepard became the first American in space less than a month later on May 5, 1961. Afterward, all of the men of Project Mercury continued their careers with NASA, taking part in space assignments until retiring at different times for a multitude of reasons. Carpenter flew Mercury-Atlas 7 in 1962, the second orbital Mercury mission, and resigned from NASA in 1967 after injuring his left arm in a motorbike accident. Cooper became the first American to fly in space for more than a day on Mercury-Atlas 9 on May 15, 1963, and retired from NASA and the Air Force with the rank of Colonel on 1970. Schirra eventually became the first person to be launched into space three times, and the only one to fly Mercury, Gemini, and Apollo missions. Resigning from NASA in 1969, he joined CBS News as Walter Cronkite’s co-anchor for the Apollo Moon landing mission broadcasts.

Glenn became the first American to orbit the Earth on Mercury-Atlas 6, retiring from NASA in 1964 and eventually serving as a Democratic U.S. Senator from Ohio. In 1998, as a U.S. Senator, he was chosen to fly as a civilian on a mission of the Space Shuttle Discovery, becoming the oldest person to fly in space. Slayton was diagnosed with an erratic heart rhythm before making his Mercury flight, so he was grounded by NASA and the Air Force. He resigned in 1963, continuing with the space program as Director of Flight Crew Operations, and in 1975, flew on the last Apollo spacecraft. Grissom became the first person to fly in space twice in 1965 after flying both on Mercury-Redstone 4 and Gemini 3, and was tragically killed as commander of Apollo 1 in a fire during a launch pad test. And Shepard, after becoming the first American in space in 1961, was grounded in 1963 after being diagnosed with Ménière’s disease. However, he stayed with the space program as Chief of the Astronaut Office, and after an experimental surgery, commanded Apollo 14 in 1971, becoming the oldest man to walk on the moon.

Originally a book by Tom Wolfe published in 1979, The Right Stuff became a movie in 1983, and has now been revamped into a series. Filled with heroism, bravery, and drive, you’ll be so inspired by The Right Stuff’s true story and the Project Mercury team, you’ll hardly believe it actually happened.

Florian Admits to Dishonest on Stacey

Getting an MLIS Whereas Working Full Time

Getting an MLIS Whereas Working Full Time