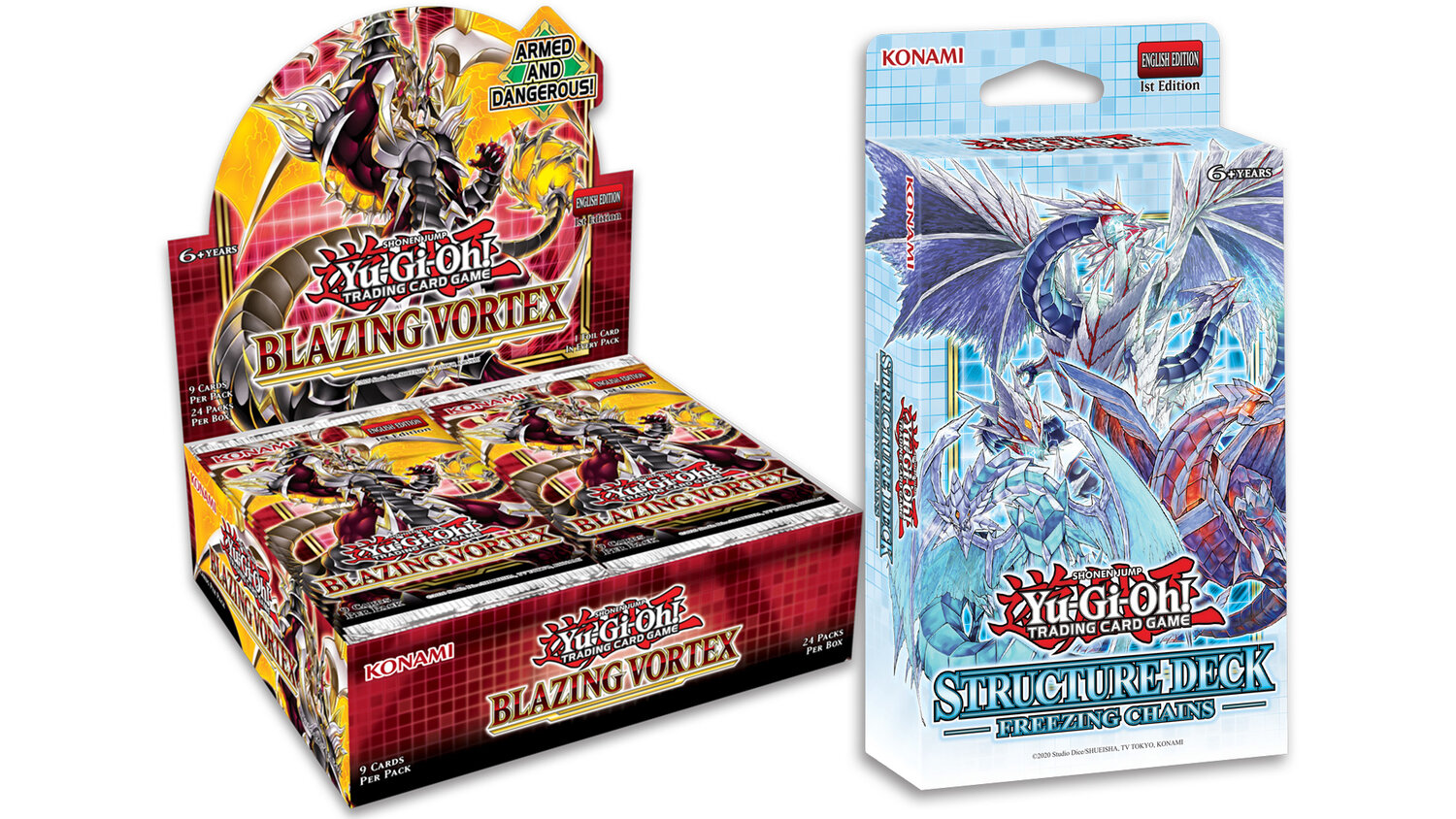 On day one of NYCC x MCM Metaverse Konami revealed the release dates for a couple of new Yu-Gi-Oh! products. First, we have the upcoming booster set, Blazing Vortex. This new set includes the Armed Dragon Thunder monsters that fans are pumped for. These are a revamped version of Chazz’s prized Armed Dragon cards from Yu-Gi-Oh! GX. The set will also feature 19 World Premiere cards that are split into two themes: combat and changing how the game works including “a new Continuous Trap Card that forces Duelists to take turns playing their monster effects.” Blazing Vortex will hit shelves on February 5 with an MSRP of $3.99 per pack.

The other announcement was Structure Deck: Freezing Chains which focuses on the Ice Barrier. Trishula, Dragon of the Ice Barrier leads the charge as the most famous Ice Barrier monster along with the other Ice Barrier Synchro monsters that create the deck’s Extra Deck. Oh, and Trishula has a new form for the TCG. The deck’s strategy is about freezing your opponent and keeping them from Tribute Summoning, weakening their ATK points, delaying monster effects, and more. The Main Deck consists of 41 cards and the Extra Deck features five cards. You’ll be able to purchase Freezing Chains on February 19 with an MSRP of $9.99.