My Interviews With Rob Riggle, Jane Seymour, Cheech Marin, and More From the Cast of THE WAR WITH GRANDPA — GeekTyrant 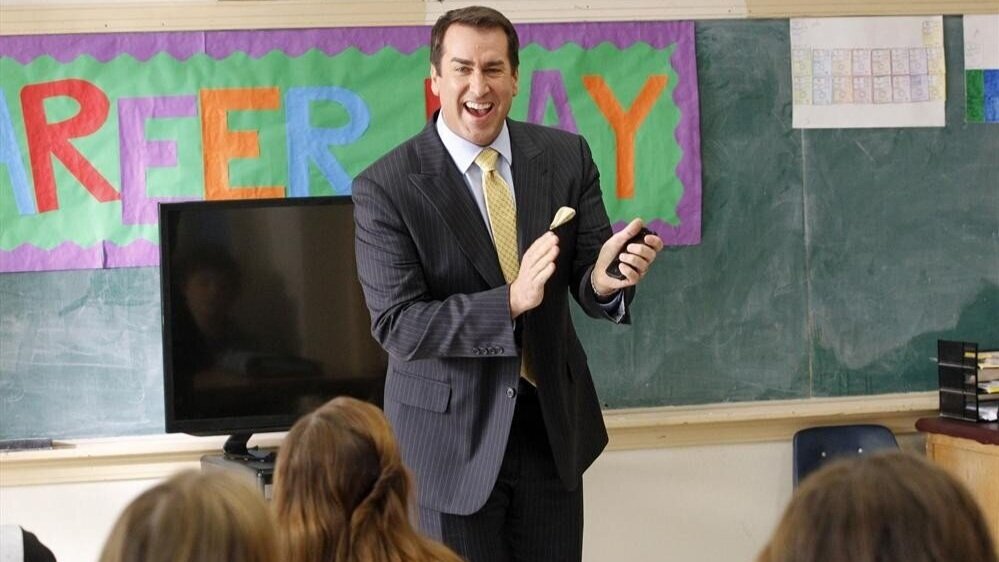 I was given the opportunity to attend a virtual press junket for the movie The War With Grandpa a couple of weeks ago, and got to interview a few members of the cast. The film stars Robert De Niro as a grandfather who moves in with his daughter’s family, played by Uma Thurman, Rob Riggle, Oakes Fegley, Laura Marano, and Poppy Gagnon. Fegley’s character is the grandson who is forced to give up his room for Grandpa and decides to wage a war on him in hopes of winning it back.

The film also features Jane Seymour, Cheech Marin, and Christopher Walken as De Niro’s crew of buddies that help him out. The movie was hilarious, and my whole family really enjoyed it. You can read my full review on the site as well. But one of the perks of joining the junket was catching up with Rob Riggle, Jane Seymour, Cheech Marin, Oakes Fegley, and Laura Marano. Here are some of the highlights.

When talking to Rob Riggle, I asked him what it was like spending multiple scenes yelling at, or seeing Robert De Niro naked. He laughed and said:

“He’s an icon! Of course it’s going to be incredibly special and a lot of fun. I was lucky. I had gotten to meet Bob, I guess I can call him Bob, or Mr. De Niro, however you want to say it, before on sketches on Saturday Night Live, and we had met on other occasions before, which was nice, but we had never done a movie together, and you know, he was so gracious. But you know, my adrenaline was going. It was surreal to be in a scene with Robert De Niro, Christopher Walken, Uma Thurman. You know, just amazing, iconic-level actors, all of them. So I definitely wanted to pinch myself. But they couldn’t have been more gracious, and professional and fun. We were all there for the same reason. Let’s make a fun comedy.”

When asked which of his characters he’s most recognized for, he said:

‘“Probably Step-Brothers or Hangover, or 21 Jump Street. Modern Family, Gil Thorpe references. I used to do bits on Fox NFL, on the pre-game show, little comedy bits. I did that for about 8 years, so that gets some recognition, or The Daily Show. I don’t know. It’s funny because it’s just different. Some people will say, ‘Hey, you’re that guy from the Holiday Inn Express Commercials!’ Yes, yes, I am. So it just depends on what people remember.”

Rob Riggle is currently in Australia, getting ready to shoot the show Holey Moley: Australia. I next spoke with Oakes Fegley and Laura Marano, who played the boy in the film, and his older sister, respectively. They were much more grown up, as the movie was shot a few years ago, so it was surprising to see! They were both very kind and said of their time on set that it was a great experience. When asked if the pranks of the film leaked into the set of the film, they said it was a pretty quiet set. No pranks, but a lot of warmth and love from their heavy-hitting co-stars. Fegley also added that Riggle was fun to work with because he used so much improv, and it was great to learn from.

Next up, I got to speak to Jane Seymour and Cheech Marin. The two were funny and gracious, and what struck me most was how incredibly beautiful Jane Seymour is! When I asked her what it was like to reunite with Christopher Walken after making Wedding Crashers together, she said:

“It was wonderful, because, the first time I worked with Chris, I knew that people parodied his delivery. But I had never seen how, when there’s an urgency to the scene, and he has to say something quickly, and he doesn’t. He says it very slowly, and incoherently, and I’m thinking ‘well… how do you deal with that?’ But now that I’ve worked with him, and I’ve seen Wedding Crashers, and realized he’s a genius, I’ve embraced my Christopher Walken delivery, and loved every minute of it.”

As for what the two have coming up, Seymour said we can look out for her in the upcoming film, Ruby’s Choice, in which she plays a grandmother with Alzheimer’s, as well as Friendsgiving, in which she plays a blonde, Swedish cougar. Talk about diversity! She said to watch out for her salsa dancing scene in Friendsgiving, as she is featured being spun around in the air, and no stunt doubled are used. She’s incredible!

Next up for Cheech Marin is a Cheech and Chong documentary, which he says is almost done, and a Nash Bridges film reboot that he is getting ready to film as soon as they get the call to get back on set.

This cast was so funny and kind, and it truly manifested in the heart of the film. Check out The War With Grandpa in theaters today.

Celebrities Who Broke Up During Quarantine

Walmart’s Big Save Sale 2020: Your Guide to the Best Deals

Walmart's Big Save Sale 2020: Your Guide to the Best Deals