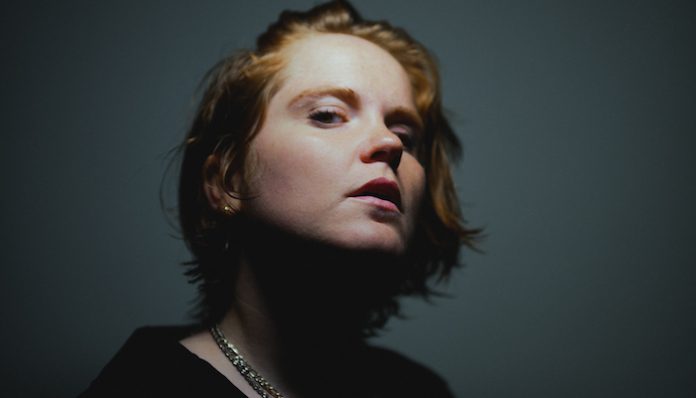 Jax Anderson has released two new songs under the dual-title CLOUDY. The tracks include “Can’t Get Me High” featuring Lynn Gunn of PVRIS and “She Don’t Love Me” featuring Lauren Sanderson. As members of the LGBTQIA+ community, the CLOUDY double A-side release aligns perfectly in celebration of Pride Month.

Anderson began promoting the release of the two new tracks on her Twitter on May 26. She tweeted, “june 4th. 2 new tracks ft. @ThisISPVRIS & @LaurenSanderson pre save here: /ffm.to/-cloudy”

Read more: MxPx release “Secret Weapon” ahead of their next livestream—watch

Gunn commented about the collaboration with Anderson, calling the musician her “good friend.”

“Jax has been a good friend for quite some time and we’ve had some great memories on tour together, so it was about time we hopped on a track together!” says Gunn. “I firmly believe that Jax is one of the kindest, most present, and hardest working artists in the game, she’s a constant inspiration in staying creative. It’s an honor to know her and an even bigger honor to have been asked to hop on one of her tracks!”

Sanderson also commented on the collaboration saying, “I was so excited when Jax asked me to be a part of her project. We’re both Midwest kids and coming up together is dope. She is a fuckin sweetheart, such a hard worker and is one of those people who just deserves the world.”

The release of CLOUDY comes after the release of GOOD DAY featuring MisterWives and Curtis Roach. The title track was also accompanied by a music video. Anderson starts the video lounging on a long patio recliner and sipping on a cup of coffee letting everyone know that no matter what, today is going to be a good day.

Like the names suggest, the moody themes of CLOUDY come in contrast to the more joyful beats and positive lyrics of GOOD DAY. But although the themes may be angsty, the tracks still make listeners want to get up and dance along to the upbeat rhythm.

Anderson described the meaning behind “Can’t Get Me High”  in a press release.

“‘Can’t Get Me High’ is about the moment you realize that you’ve been giving the most, but receiving the least,” Anderson says. “It’s when your mind opens up to the harsh truth that there’s nothing else you can do and you’re just over it. I wrote this track over a rainy weekend in January with my good friends in Foreign Air. I heard it and immediately thought that Lynn Gunn of PVRIS would KILL a feature on this one. We wanted to embody the angst around the moment before moving on while making people rage on a dancefloor.”

She also described the creative process of making “She Don’t Love Me.”

Read more: Willow goes against the grain on her debut alternative press cover

“I first heard ‘She Don’t Love Me’ and I cried,” Anderson says. “My brother and collaborator showed it to me with his rough demo vocals and the line ‘She Don’t Love Me’ repeated over and over. He had been married for some years and his relationship had taken a slow turn for the worse. Isn’t that how it goes? It’s usually a slow and dramatic build. Forgetting the dishes, forgetting to call, forgetting to understand, forgetting to put in the right work. I had been going through a bit of heartbreak of my own and understood the sentiment. Luckily his marriage was saveable – my relationship was not. I filled in the rest of the lyrics and knew it needed to be a queer anthem of the blunt ways people fall out of love. They stop needing each other, they stop loving and kissing each other, they stop knowing each other. I knew Lauren Sanderson’s authentic and raspy cadence would be the perfect fit for this track. “

Whether CLOUDY is the calm or the storm, “Can’t Get Me High” is a guideline on how listeners can cope when they’re dealing with a bad day: just let it out and scream in your bathtub.

Anderson spoke with Alternative Press to exclusively discuss the forthcoming music videos, working with Gunn and Sanderson and more. You can also listen to both new tracks below.

Did filming the video feel cathartic? Which was more helpful, writing the track or screaming underwater?

Filming the video was very cathartic. There’s something about screaming underwater that just feels free! When I was writing the track, I imagined myself floating, so naturally, I had to do something with water. I film all of my music videos by myself so it was just me, my camera, a bar cart and a terrarium full of water in my garage for most of the shots. I flew into Nashville to meet up with Lynn at an Airbnb so I could film her parts. It was a whirlwind and chaotic and very DIY—that’s exactly how I like it.

How was working with Lynn Gunn?

Lynn is the absolute best. I met her at South By Southwest a few years back and she ended up taking me on tour. We’ve been friends ever since and every time we see each other we pick up where we left off. She’s a silly motherfucker and I love that. As soon as we laid down the synths on this track, I knew she had to be on it. Great Yelp reviews all around for working with Lynn. 5 stars. Would do again.

Working with Lauren was fantastic. We’re both from the Midwest which brings about a very specific bond. Each time we talk it gets deep quick and I fuck with that kind of energy heavily. The way she sings is naturally raspy and intimate which was *chef’s kiss* perfect for this track.

How was creating CLOUDY different from creating GOOD DAY?

Right now, I’m releasing a record called Songs For Every Condition where I pick a condition as a theme, write two songs to match, and release those two songs each month. GOOD DAY was written under the condition “hopeful” and to me, GOOD DAY felt encompassed by hope. Condition two is CLOUDY which is where “Can’t Get Me High” and “She Don’t Love Me” land. “Can’t Get Me High” and “She Don’t Love Me” were both written in moments of uncertainty where the ending wasn’t clear. Cloudiness feels uncertain to me. It feels mysterious —is it going to be a storm or will it pass? Is it a moment of calm or a moment of danger? Both of these songs describe different forms of uncertainty; “Can’t Get Me High” is for when you need to rage your way out of something, and “She Don’t Love Me” is for when you need to sit in your pain.

What can we expect in the video for “She Don’t Love Me?”

How does your brother’s wife feel about “She Don’t Love Me?”

She’s a champion. We’ve talked in-depth about this song and she was all about telling their story through me. I think society doesn’t talk enough about rough patches in relationships and how everyone, and I mean everyone, goes through them. It’s amazing to see their relationship stronger than ever because they did experience and confront the hard moments instead of avoiding or giving up. I look up to their relationship a ton. The way they communicate, their level of honesty, the way they treat each other like partners, not property; I love it. They’re best friends and it shows. I love seeing them thrive on this side of the darkness. The way they describe it to me is that everything in life goes through waves, even romantic relationships —the truest love is when you can hit a down wave and keep riding until you’re on top again.

So, what’s next? Is the full-length album coming soon?

Yes! Songs For Every Condition is the album title. I’m dropping two songs every month until the fall. I’ve got some more features lined up that I’m excited to share. It feels so good to release art.

Let us know your reaction to Jax’s collaborations with Lynn Gunn and Lauren Sanderson in the comments below!

Calvin Harris and Tom Grennan Just Dropped the Song of the Summer: Listen to “By Your Side” – EDM.com