Leading up to My Chemical Romance‘s return last year, the band seemingly left a lot of clues and theories for fans to uncover.

Now, one eagle-eyed MCR fan thinks they may have found another return clue from the Danger Days era.

For those that need a refresh, MCR’s Danger Days takes place in post-apocalyptic 2019. Given the significance of the year, fans were convinced that MCR would make their long-awaited return to the stage in 2019.

Once the year rolled around, fans began to notice some interesting patches on Gerard Way‘s olive green jacket. Many theories sparked that the frontman used the jacket to share clues about the band’s return.

Communicating through patches and symbols on shirts, fans quickly decoded the hints and discovered that the frontman was teasing something about My Chemical Romance.

I found this 🤷 It was in a tweet… Can’t find it now though… pic.twitter.com/DPcYG25U5a

just realized it should actually be MYCHLRN btw using proper sigil rules, not MYCHMRN. you don’t repeat letters and i forgot the L!

Then, during My Chemical Romance’s legendary return show in Los Angeles last year, Way wore the olive green shirt onstage. This further tied into the fan theory that the jacket is a symbol for MCR’s return era.

Now, one fan thinks they have found another return clue hidden on Way’s green jacket during the Danger Days era. Reddit user @scarecr0w1886 shared a photo from an old interview of Gerard and Mikey Way.

Read more: The internet is here for Jack White as the last-minute ‘SNL’ musical guest

In the video, Way can be seen wearing an olive green coat once again. Given the significance of the jacket, this find could mean that MCR had been scheming their return for years.

As well, it looks like Way could have hinted their first return show was happening in America. The green jacket’s sleeve had a faded American flag patch on it which perhaps alluded to MCR’s return show in Los Angeles.

The American flag was used previously during the Danger Days era including on Ray Toro‘s Killjoys jacket. As well, the album also takes place in post-apocalyptic California so it makes sense why the band reunited in Los Angeles.

Are these early flirtations with the return look? 🖤 from r/MyChemicalRomance 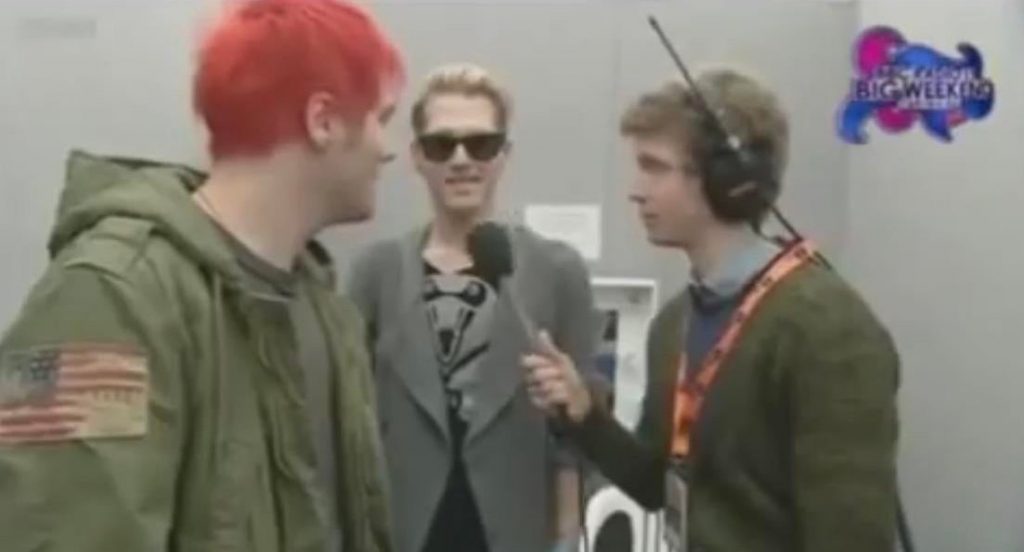 On the Reddit post, however, other MCR fans think the jacket is just coincidence. It’s a popular style jacket that Way has worn in the past. But, if we’ve learned anything from My Chemical Romance’s cryptic clues, sometimes things aren’t what they seem.

This is especially true with Frank Iero who dropped major Easter eggs about MCR’s return that most fans didn’t catch on to.

if you were to pay close attention, i say “that rumor is like a broken clock…” some might think that i meant to say broken record, but i did not. Because even a broken clock is right twice a day. 😎 https://t.co/F1kAL2Bpvw

Do you think Gerard Way’s Danger Days era jacket is another return clue? Let us know in the comments below.

NYCC ’20: SOUTH SIDE SERPENTS, new digest series, and more in the Archie Comics BEYOND RIVERDALE panel

What Is Monster Hunter Rise?

What Is Monster Hunter Rise?