“I’ve always sort of kept my life somewhat private in a sense and kept the cameras at an arm’s length.”

Kristin Cavallari is opening up about her decision to end her E! reality show, “Very Cavallari.”

During her appearance Monday on “The Kelly Clarkson Show,” the reality star opened up about why she chose to step away from the series, revealing that she didn’t want her divorce from Jay Cutler to be out there for everyone to see, particularly by her children. 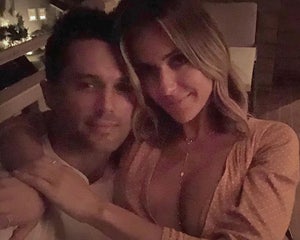 “It was definitely the right decision, and once I made the decision I had such a sense of relief,” Cavallari said of ending her show. “I was getting a lot of anxiety about it.”

“My life has changed very much,” continued Cavallari, 33, who shares kids Camden, 8, Jaxon, 6, and Saylor, 4 with Cutler, 37. “I have three little kids and I’ve never been someone — even though I am from the reality TV world — I’ve always sort of kept my life somewhat private in a sense and kept the cameras at an arm’s length.”

“I wasn’t gonna expose my divorce on camera and have my kids see that one day so I decided to walk away from it,” she added.

Back in May, Cavallari announced the end of “Very Cavallari.” The news came just a few weeks after she and Cutler shared that they were getting divorced following seven years of marriage and 10 years together as a couple.

“It was the hardest decision I’ve ever made,” she said of her divorce, while speaking with PEOPLE last month. “Every relationship has their stuff. I met Jay when I was 23. I was a baby. Jay and I had so much love for each other, but we grew up. When you work at something for so many years and nothing’s changing, I think you have to just make a decision. We all want to be happy.”

“I’m proud for making this decision,” Cavallari continued. “It wore at me every single day for years. I feel like my whole world is opening up now because of it, and I’m just feeling the best I’ve felt in a really long time. I’m really excited about the future all around.”

In another recent interview with PEOPLE, “The Hills” alum set the record straight on rumors she was dating her former co-star, Stephen Colletti, saying they are just “really good friends” and romance is “the last thing” on her mind at the moment.

“I’m not interested in anybody right now. I’m happy. I just got out of a 10-year relationship,” she explained. “I don’t really want to put energy into anything else right now, other than my kids and Uncommon James and my friends.”

However, last weekend Cavallari was spotted kissing comedian Jeff Dye in Chicago, according to TMZ.

BTS Lists All the Reasons Why They Love the ARMY: Exclusive