“There was no room for panic,” Adams recalled.

It’s safe to say the birth of Troian Bellisario and Patrick J. Adams’ second child was a wild experience.

On Thursday’s episode of Katie Lowe’s podcast, “Katie’s Crib,” the couple — who welcomed their second child, a baby girl named Elliot, last month — revealed the delivery of No. 2 took place in a car in a hospital parking garage. Bellisario and Adams detailed Elliot’s birth, which only lasted within “the span of about three minutes.” 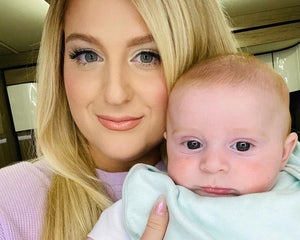 The pair began by recalling the drive to the hospital. While the majority of the trip went smoothly, by the time they were getting close to Cedars-Sinai Medical Center in Los Angeles, Bellisario was “in a lot of pain.”

“I’m starting to have to push my seatbelt away from me,” she recalled. “I’m in a lot of pain, but I’m also like, ‘I can’t be in this position anymore.'”

Everything quickly took a turn when the two reached the parking garage.

“As soon as I hit the button and grab the [parking] ticket, she’s screaming,” Adams said. “… I whip around, and by the time I turn my head around, Troian is already [fully on her] hands and knees, seats folded back… and we’ve gone nuclear.”

“We’ve gone from conversational to nuclear in half a second.”

Bellisario added, “After I had this contraction, I turned to Patrick like heaving and I was like, ‘Don’t laugh. I s—- my pants.'”

Adams then brought the car around, jumped out and went over to the security guard. 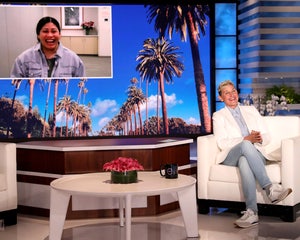 “I get up to the guy and I say, ‘It’s all happening, in the car. You need to get the wheelchair down here, we need the people, all the people! All the professionals! It’s happening!'” he said.

The “Suits” star said he didn’t “get the impression” that the hospital employee understood the seriousness of their situation. He then went to open the car door.

“As soon as I open it, Troian is doing one of her incredible howls,” Adams detailed. “I then just turn to him to be like, ‘Are you hearing what I’m hearing?'”

However, Bellisario then yelled for Adams.

“At this point, I’m still nonverbal but I know that [the baby is] so far down that … I can’t find a comfortable place to put my legs. I’m still on all fours,” the “Pretty Little Liars” star recalled. “I’m just screaming, ‘Patrick! Patrick!’ And I scream, ‘Get my pants off! Pull my pants down!'”

“She is still on all fours, butt facing the windshield,” Adams said. “Her butt’s at my head level, so I just go and pull down her pants, and [the baby’s] head is right there.”

“There was no room for panic,” he added. “You just need to deal with this situation.”

After telling the security guard “to move faster,” Adams then turned around back to his wife only to find that Elliot’s head was “all the way out.” 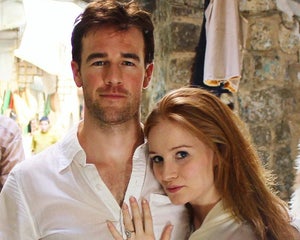 After the actor “checked the neck of the baby to see if [he] could feel an umbilical cord,” he said it was then only “one more push and the baby was all the way out.”

Adams added, “What we’re describing all took place in the span of about three minutes.”

When the newborn had arrived, Adams said his “next panic” was the concern that the fluids would get into Elliot’s “face or her eyes or her lungs.”

“So my instinct is to just hold her upside down basically with her face down so that anything is falling off of her face,” he said. “And as soon as I turn her upside down, she starts crying and screaming.” 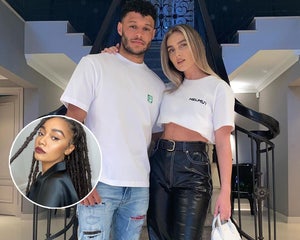 Bellisario added, “I just look over my shoulder, because I’m still on all fours … and I see Patrick holding her upside down, and she’s wailing, so I’m like, ‘She’s alive, it’s OK. She’s breathing.”

The pair — who also share 2-year-old daughter Aurora — both took to Instagram to announce the birth of their second child last Friday.

In her post, Bellisario shared a sweet photo of herself holding the newborn.

“Ms Elliot Rowena Adams joined us on May 15th under the wildest of circumstances,” she captioned the pic. “Welcome, my love. 📷 by papa @halfadams.”

Meanwhile, Adams posted a photo of his daughter’s hand wrapped around his finger.

“+1…..Welcome to the funhouse, Ms. Elliot Rowena Adams,” he wrote in the caption. “May your life be as unique and exciting as your arrival.”