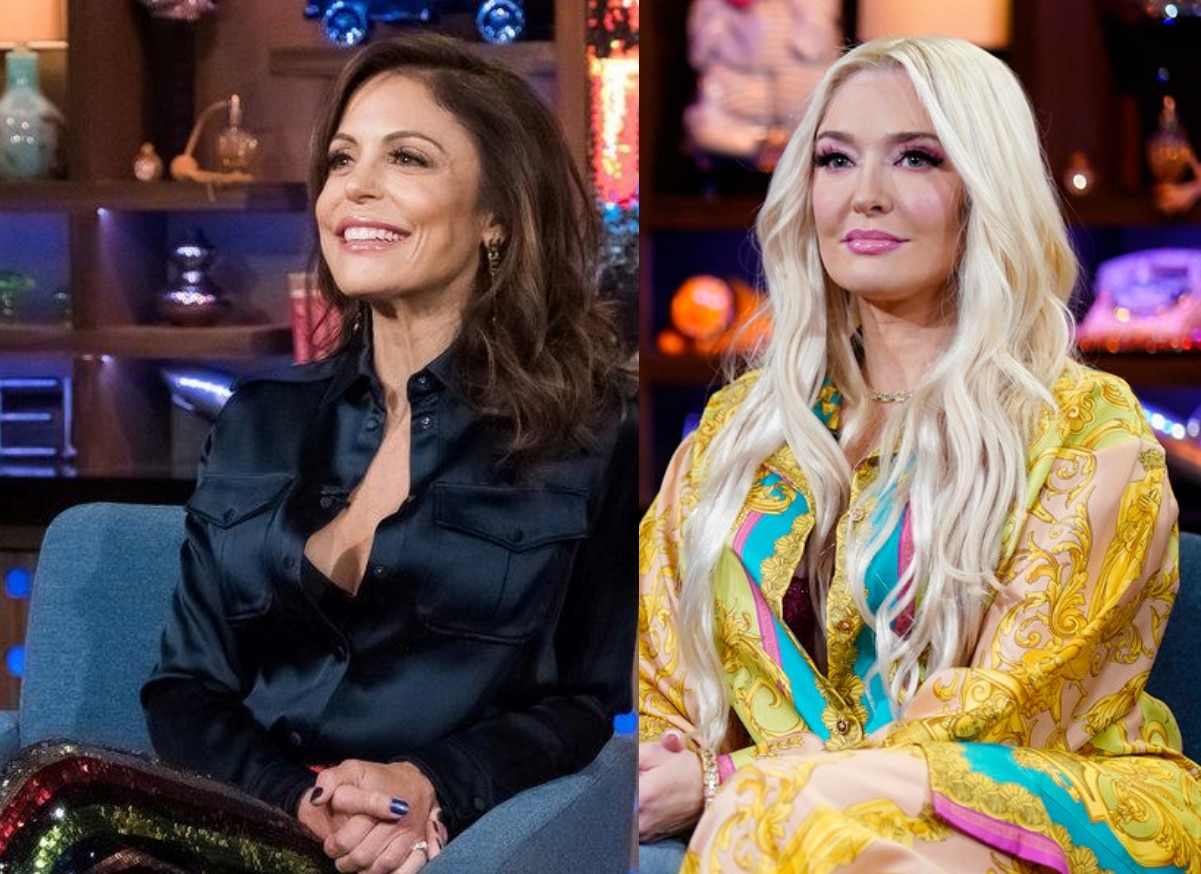 Real Housewives of New York City alum Bethenny Frankel spoke out against Erika Jayne on Twitter after seeing that she had mentioned her late ex-fiance, Dennis Shields, on Watch What Happens Live on Wednesday night.

Following Erika’s episode, during which the Real Housewives of Beverly Hills star proclaimed that “[Bethenny’s] guy is dead” after being asked about her estranged husband, Thomas Girardi, potentially owing him $500,000 (which Bethenny claimed in 2021), Bethenny shared a couple of Twitter posts referencing the show.

“”The episode tonight of [WWHL] was taped so I don’t address the comment you [and] Dennis’ children are hurt, offended and disgusted by. I appreciate your loyalty, heart and compassion,” Bethenny tweeted on May 19.

Then, after a number of her fans and followers expressed confusion over her message, and suggested it didn’t make sense, Bethenny responded to one woman’s inquiry, confirming the heart she was referring to was that of her supporters.

“This doesn’t make sense, who’s heart is she appreciating??” the fan asked.

“Yours for caring,” Bethenny replied. 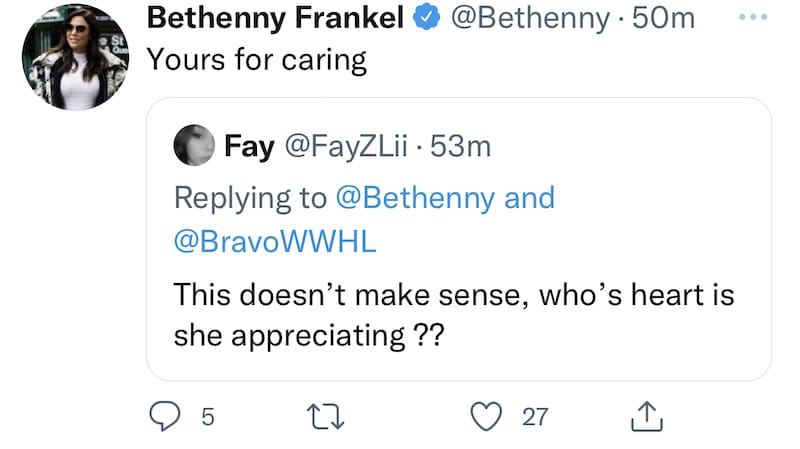 On Wednesday’s WWHL: After Show, Erika was asked about Bethenny’s money claims regarding Thomas.

“In the business that Tom was doing, which was contingent fee, it’s not unusual to borrow. So while that may be true, there were also loans that were really paid off,” Erika explained. “So I don’t know where Bethenny’s coming from… Her guy’s dead and my guy’s in a home. So whatever… That’s kind of the way the business goes.”

In addition to her tweets, Bethenny also spoke of Erika on Thursday night while appearing as a guest on her own episode of WWHL.

As she and fellow guest Ali Wentworth played a game of “Host Talkative,” Bethenny was questioned about what she would ask Erika if she were to appear as a guest on her podcast.

“I love Erika Jayne. I would have a side conversation about the people that we know in common and we’d like spill the tea. But I wouldn’t do that in public,” she stated, seemingly shading Erika for her public statements about Dennis.

Also during the WWHL episode, Andy Cohen was asked which Real Housewives star he’d want his daughter Lucy, who he welcomed at the end of last month, to become.