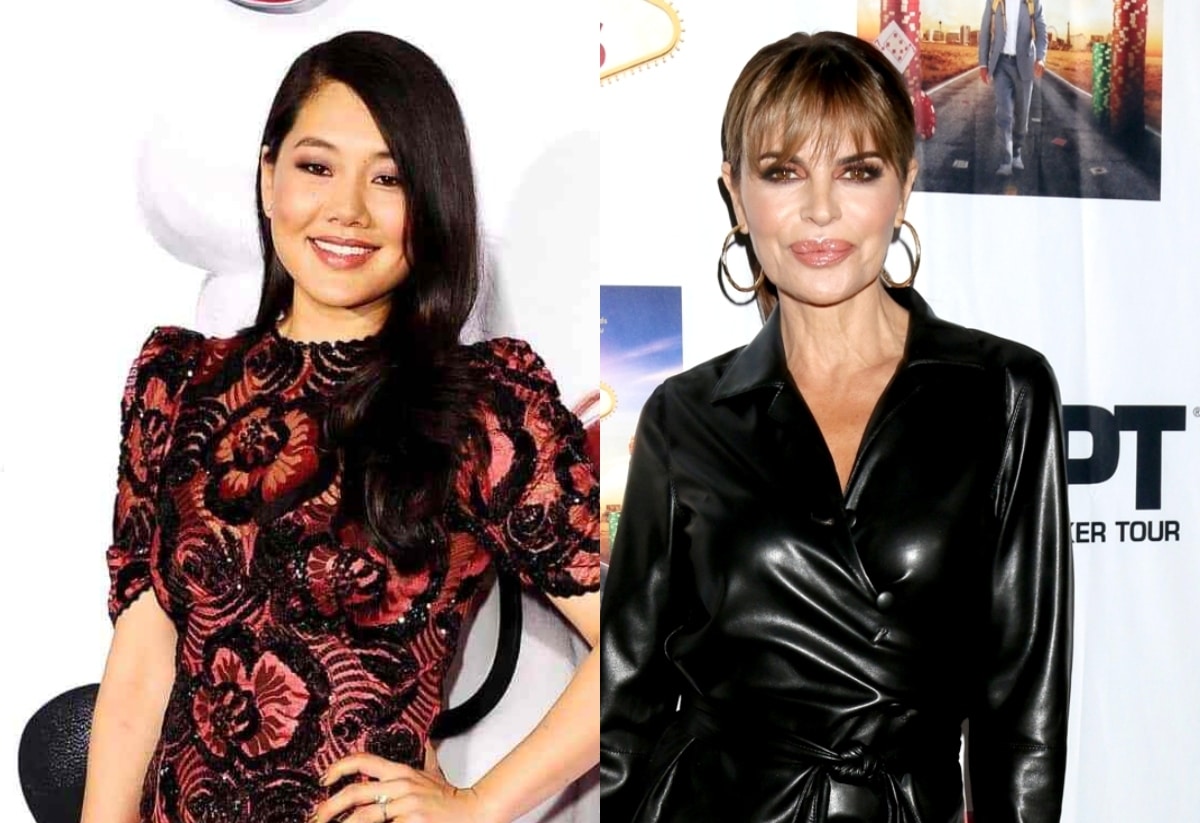 Teddi Mellencamp shared her thoughts on Crystal Kung-Minkoff on Monday’s episode of her joint podcast with Tamra Judge.

While discussing her friend of nearly a decade, the former Real Housewives of Beverly Hills cast member admitted that the off-screen version of Crystal is a bit different than what viewers have seen on the show as Crystal confirmed a spat with Lisa Rinna and explained why she’s not always her authentic self when the cameras are rolling.

“The one thing that I’ve noticed about Crystal, because I’ve known her for nine years, is that Crystal, not on television, is the life of the party,” Teddi revealed on Two T’s in a Pod. “I’m telling you, she walks into every room. She’s having fun. She’s dancing. She’s twerking. She’s over the top, so much fun, which is why I originally referred her on the show.”

“You’re a little bit different on the show,” Teddi added to Crystal, who was serving as her guest on the episode.

In response, Crystal revealed that as she went to bat with Lisa during production on season 12, Lisa called her out for being, as Teddi alleged, different when the cameras were rolling.

“I got into it a little bit with Rinna, who I really like. At one point she goes, ‘Teddi said that you aren’t like this in real life,’” Crystal recalled.

As for how she reacted, Crystal said she told Lisa, “You’re right. Because I’m not comfortable around you guys. I like being around Teddi and that’s why I’m normal around her.”

According to Crystal, she did her best to “let go” a bit more after being brought back for a second season.

“After last year, I was like, ‘Let go.’ Because I’m so stressed about the cameras,” she admitted. “If cameras are not your thing, like you didn’t seek that out, it’s super uncomfortable. So watching everyone fight, it’s like, because everyone sort of, they’re not faking, they just level up. And I don’t know how to level up I’m just the same all the time.”

Although Crystal wants to relax and have fun on the show, she said she often becomes “very insular” when her nerves kick in.

“I’m like, ‘I don’t know what to do.’ So it’s actually me being very real in that environment,” she noted.

Also on the podcast, Teddi took aim at Sutton Stracke, saying that she has a “weird” sense of humor that’s not always funny.

Teddi went on to say that Sutton does something “cringy” on the premiere episode.

“It’s very cringe but then she’s good in her confessional so it kind of makes up for it,” she teased.

FCBD on Substack tomorrow, and the launch of Phenomenocity