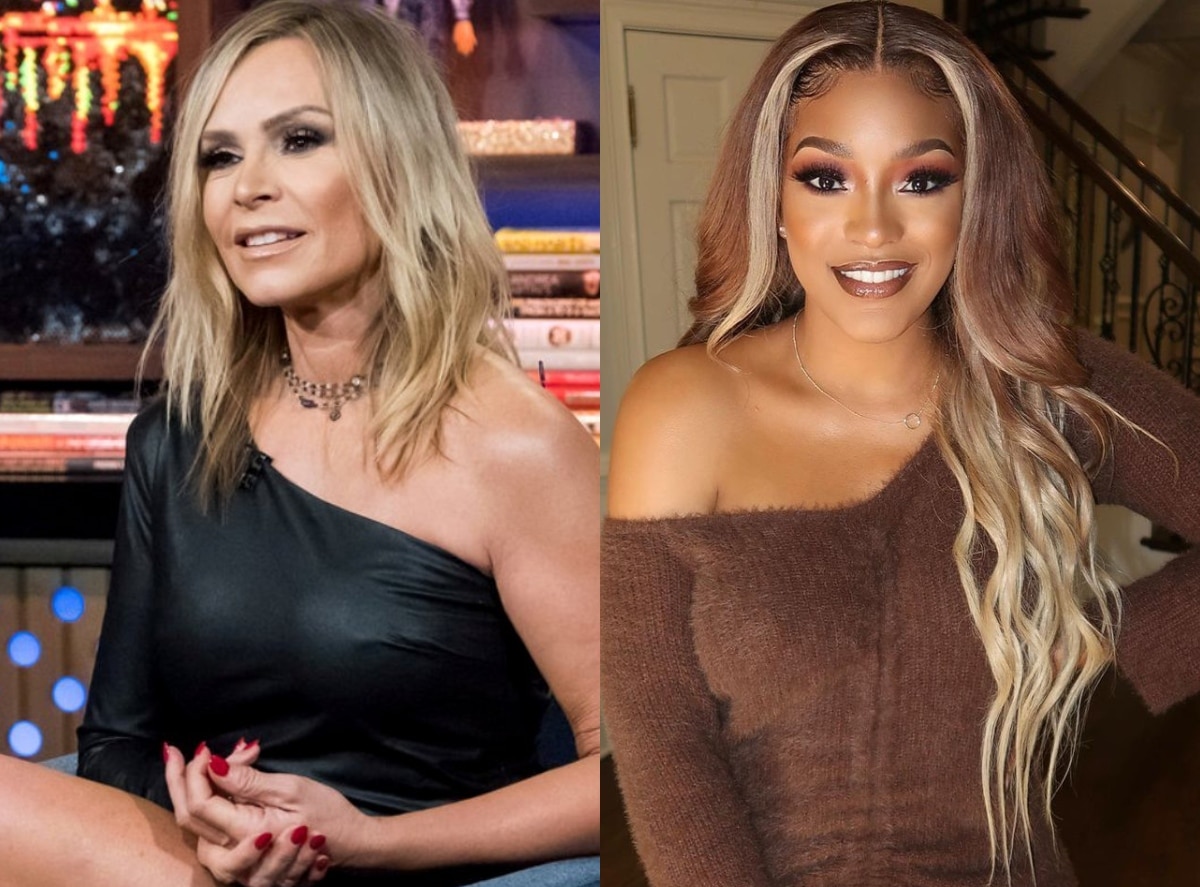 Tamra Judge isn’t so sure that Drew Sidora and Ralph Pittman, Jr. are being honest about their marriage.

“He wouldn’t have any balls left. I’d chop them off,” Tamra admitted on Two T’s in a Pod after being asked how she’d respond to such a scenario with her husband Eddie Judge.

“If [Edwin Arroyave] had an assistant that offered to give him a massage, that’s a no for me,” Teddi agreed.

But while Tamra said she wouldn’t tolerate what Drew claims to have experienced with Ralph, that doesn’t mean she’s buying it.

“I feel like it’s fake. That’s my impression,” she admitted. “I don’t know her. I’ve never seen her on the show before. It’s been a few years since I watched and for her… When somebody’s constantly bringing up, the very first episode about the massage, even he did, you’re trying to prove a point. Fake.”

Then, after it was suggested that Kandi Burruss was “the [Kyle Richards]” of RHOA, Teddi named her as the “comic relief” and said she appears to have a good relationship with the majority of her co-stars, despite her upcoming drama with Marlo Hampton.

“She seems like everybody kind of gets along with her,” Teddi noted.

“She’s kind of a voice of reason as well,” Tamra added.

When the conversation then moved to Kandi’s recent statements about leaving the show if Phaedra Parks was brought back (due to her suggestion that Kandi had planned to drug Porsha Williams in an attempt to hook up with her), Tamra admitted that the topic was brought up during filming on Real Housewives: Ultimate Girls Trip season two, the Ex-Wives Club.

“Somebody, I can’t remember who it was, probably [Brandi Glanville], brought it up to Phaedra, and she shut it down. She just went, ‘No.. No that didn’t happen,’” Tamra recalled. “Somebody brought it up… I didn’t know, and Phaedra was like, ‘No, not having it. Didn’t happen.’”

According to Tamra, she found Phaedra to be “so nice” and “so sweet.”

“[She’s] such a Godly woman, so kind, the peacekeeper, so funny,” Tamra gushed. “I fell in love with her.”

Real Housewives of Atlanta Live Viewing – This is also the live viewing thread for tonight’s new RHOA season 14 episode, which airs on Bravo at 8/7c. As the episode airs, please share your comments in our chat below.

David Tennant Returns, Everything to Know

David Tennant Returns, Everything to Know