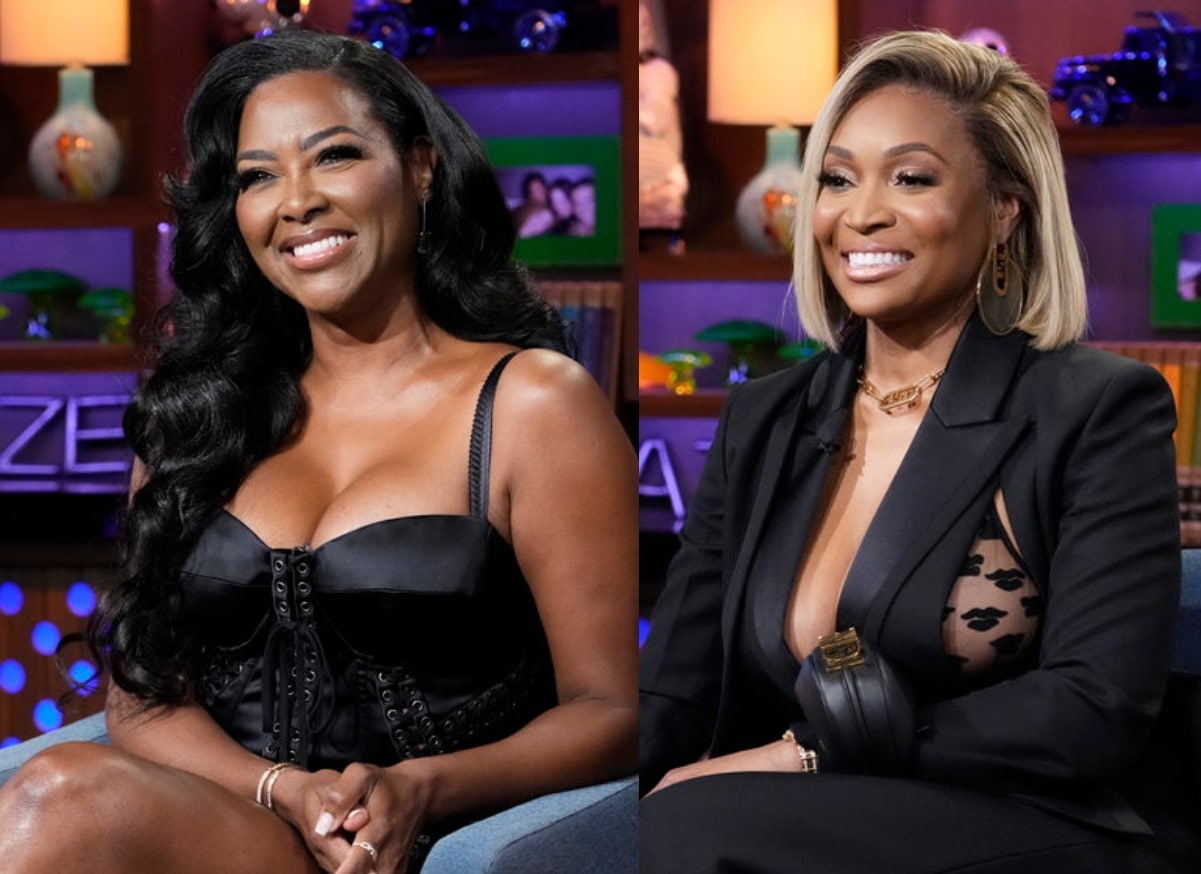 The self-proclaimed “Gone with the Wind Fabulous” Real Housewives of Atlanta star recently made an appearance on “The Wendy Williams” show to promote the new season of RHOA and let’s just say she did not hold back, specifically coming for frenemy and newly minted peach holder, Marlo Hampton.

When guest host, Michael Rapaport claimed that Marlo thinks Kenya is jealous that she had finally become a full-time housewife, Kenya had an epic comeback for the ages.

Kenya went on to admit that she’s always been good at “snapping” back saying, “Yeah, probably so!”

Viewers will recall her iconic spats with RHOA alum Kim Fields, even physically trying to remove her from her chair during a chat with Cynthia Bailey. And let’s not forget the Kenya Moore Hair Care founder crashing Marlo’s wig launch seasons ago and her iconic “You’re a dumb ho” assault with Porsha Williams.

Michael then asked whether Kenya believed Marlo was trying to be the next NeNe Leakes, to which Kenya quickly shut down.

“You’ll never fill those shoes, so just stay in your lane,” Kenya said before delivering this epic line, “or, you know, behind your bars.”

Kenya also took to time to speak on her newly repaired friendship with Sheree Whitfield with whom she’s also had a contentious relationship with.

“I’m happy we’re friends again,” she stated. “She’s my neighbor, like, literally I can throw a stone and hit her back window. So, I need to be friends with her because I might need some brown sugar!”

Kenya also teased upcoming tension with co-star Kandi Burruss who spoke to Page Six back in March saying Kenya tried “coming for her.”

Catch all the upcoming drama on The Real Housewives of Atlanta season 14 which airs Sunday nights at 8/7c on Bravo.

Farewell to Legends of Tomorrow: The Little Present That May

Farewell to Legends of Tomorrow: The Little Present That May