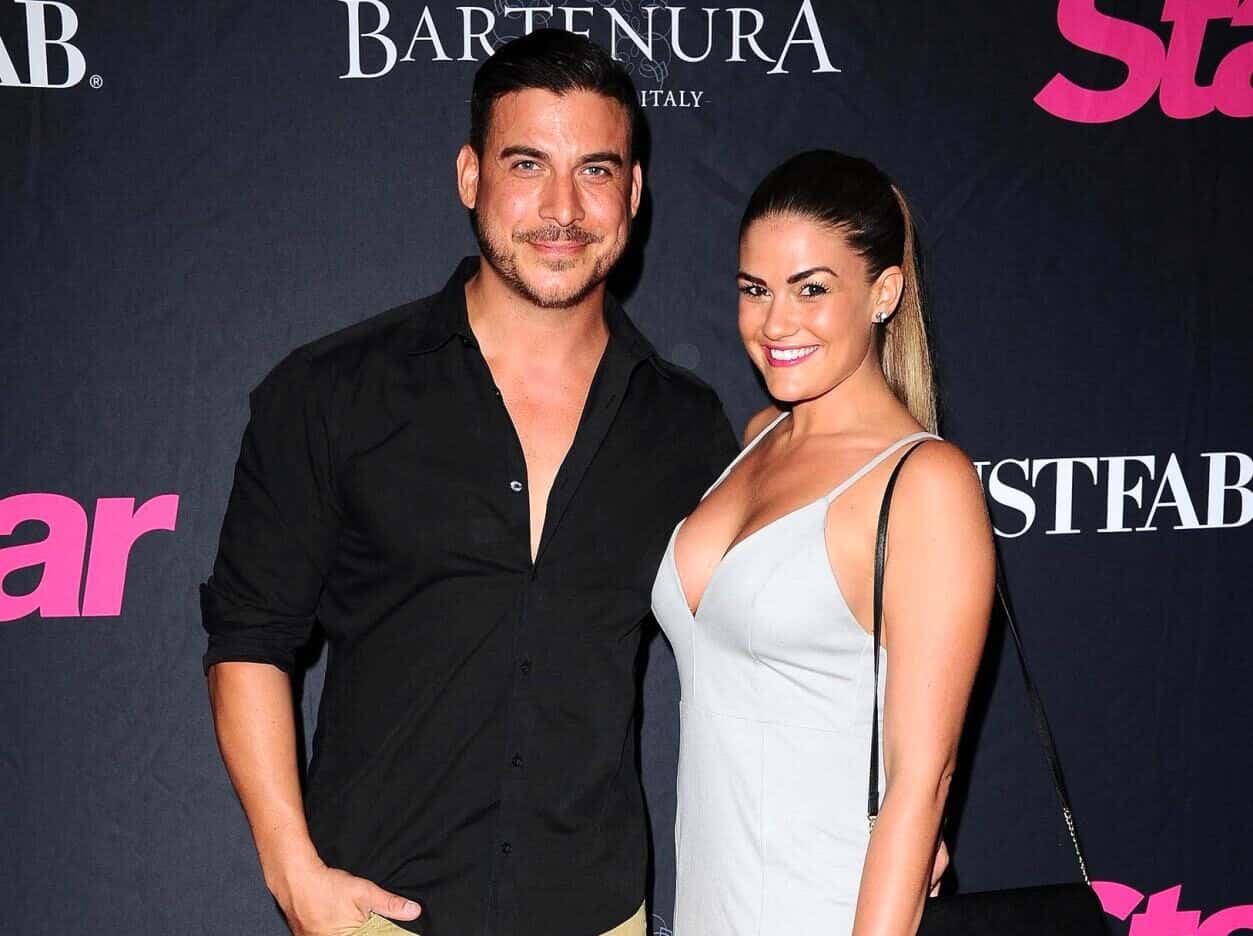 After traveling to Brittany’s hometown in Kentucky with their one-year-old son, Cruz Michael Cauchi, the Vanderpump Rules alum responded to a fan who wanted to know if Brittany was okay while also taking questions about his current relationship with Tom Schwartz and his thoughts on old episodes of the Bravo reality series.

“Is Brittany ok don’t see her much?” a fan asked on Jax’s Instagram Story days ago.

“When we come to the farm she stays off her phone a lot. Service is not great plus it’s her break from all that,” Jax replied. 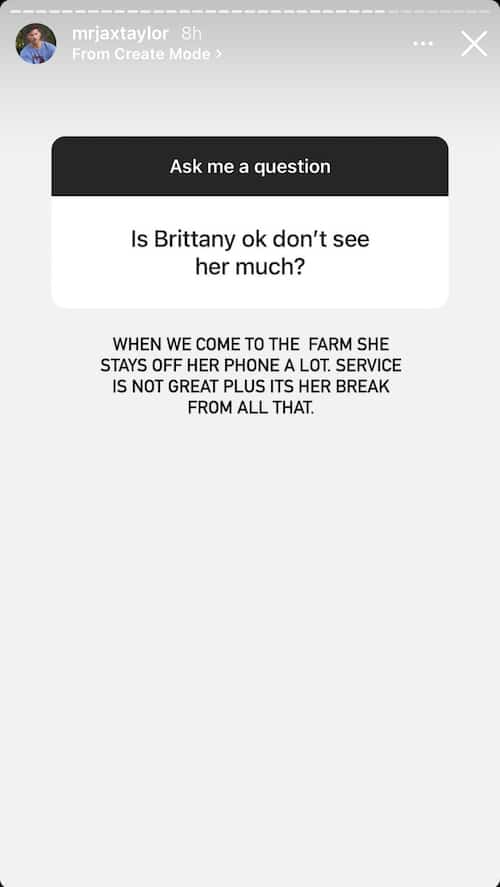 Another fan asked if Jax was “still friends with Schwartz.”

“Absolutely,” Jax confirmed. “Sometimes as we go through our lives our paths change and that’s okay, we see each other when we can and always wish each other the best. He’s like my brother and always will be very proud of him.” 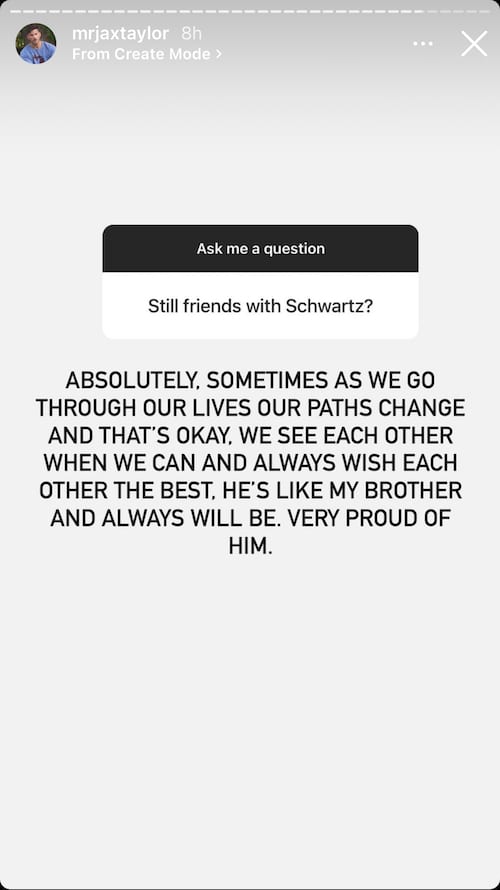 Earlier this year, while appearing on Watch What Happens Live alongside Tom Sandoval, Schwartz said that while he “still [chills] with Jax a lot,” the same can’t be said about Sandoval.

“He doesn’t have as close of a relationship. I mean he returned the sword,” Schwartz noted.

Although Jax remains in touch with certain members of the Pump Rules cast, that doesn’t mean he’s at home watching the show.

Them, a third fan asked Jax, “Do you ever watch old episodes of Pump Rules?” Jax replied, “God no. Never.” 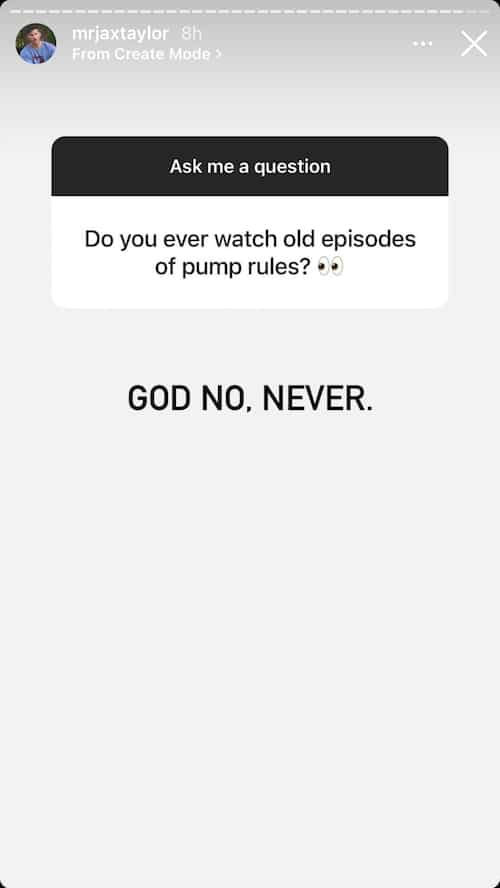 Also during the Q&A session, Jax responded to a fan who wanted to know if he and Brittany would be cutting Cruz’s hair soon.

“Are you going to cut your son’s hair soon?” they wondered.

“We go back and forth. Brittany found some cute short hair pics but she will cry her eyes out when we do. We love his long hair. We can’t decide,” Jax admitted. 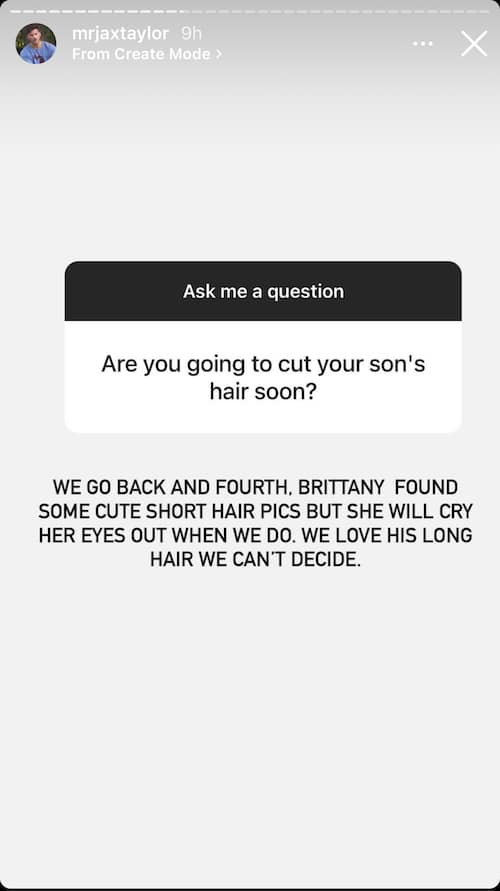 Vanderpump Rules was renewed for a 10th season in May and is expected to go into production soon.

Crush & Lobo and the Likelihood for Change