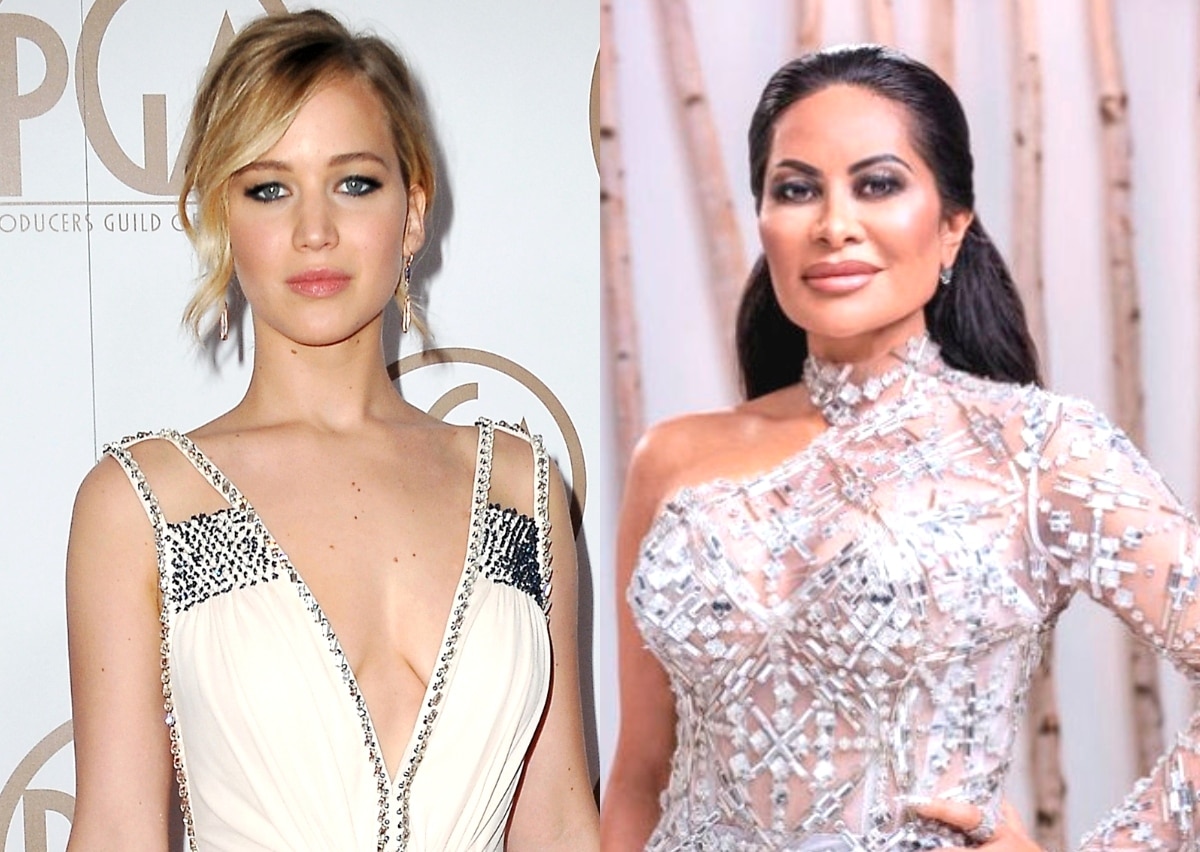 Jen Shah is under fire.

As she faces allegations of money laundering and fraud for her potential involvement in a years-long telemarketing scheme, which targeted elderly victims, the Real Housewives of Salt Lake City cast member has been called out by actress Jennifer Lawrence.

“She has the strongest case of personality disorder I’ve ever seen in my life,” Jennifer told Vanity Fair on November 22. “You know those people who don’t take any accountability ever—to where you almost feel jealous? Total lack of accountability, lack of shame. I’m almost like, How dare you?”

According to Jennifer, she is highly irritated by Jen’s demeanor because it’s far from what she experiences in her own life.

“I lie in bed worrying about accidentally hurting someone’s feelings, worrying about everything. That’s probably why it burns my biscuit so much,” the longtime Bravo fan admitted.

In other RHOSLC news, Jen has reportedly been caught body-shaming Heather Gay, who she recently applauded for being a “friend when [she] needed it the most.”

In a series of leaked DMs shared by Reality Von (Tea)se on Instagram, Jen is allegedly seen poking fun at Heather for calling “herself the queen” before taking aim at her body — and her face.

“Heather……. your shoe don’t fit, you’re skin is not that smooth, your body is not that small and your face doesn’t match the rest of your body….” read a message allegedly sent from her account.

Not surprisingly, Jen was slammed for “acting like a good friend when she says stuff like this about [Heather Gay] to people.”

“Thanks to one of you for sending this receipt in. Must be that personality disorder coming through,” the outlet wrote with their screenshot. 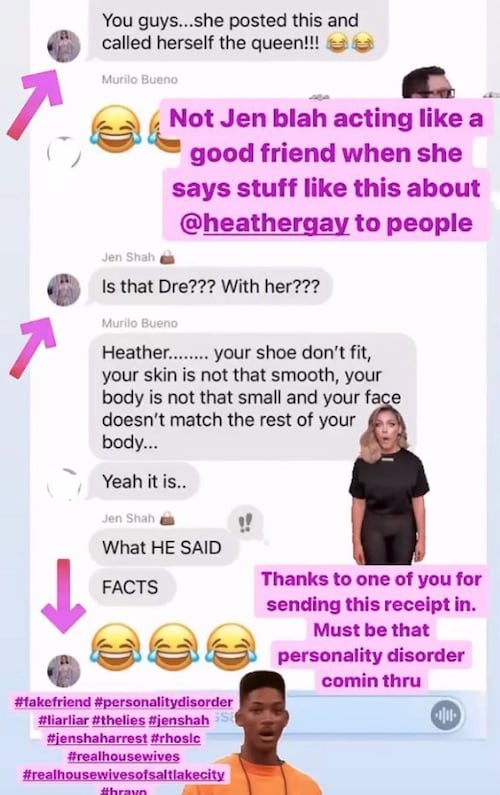 “Girl please… We haven’t been following each other for months. I unfollowed you and removed you as a follow long ago. God don’t like ugly and he damn sure don’t like it popping up in my IG timeline,” a message with the screenshot read.

“But who’s checking??? Apparently you…” the screenshot also stated, along with the “get well soon” hashtag. 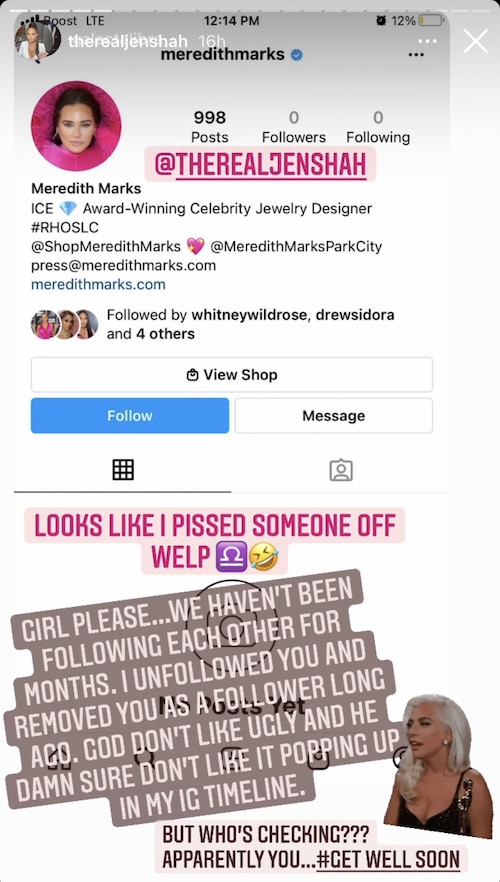