Joe Gorga Speaks Out After Feud With Teresa at RHONJ Reunion 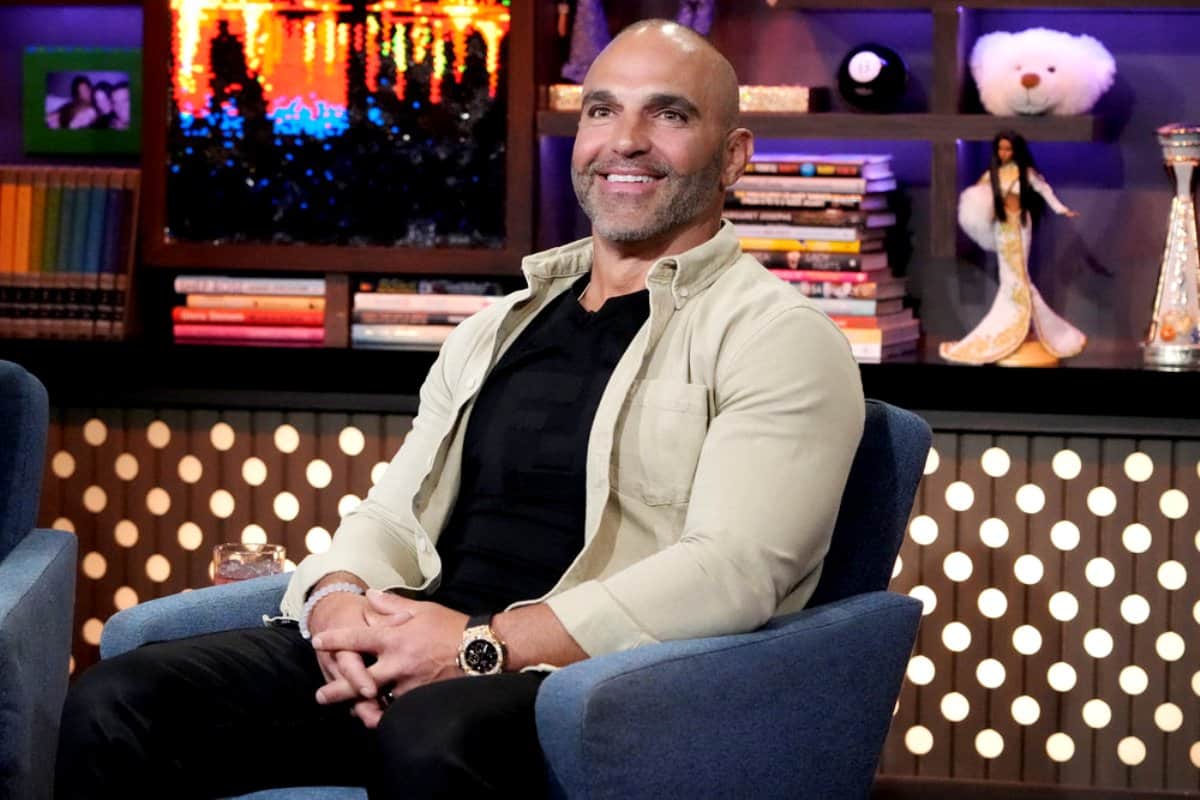 Joe Gorga spoke out on Instagram amid his Real Housewives of New Jersey reunion drama with sister Teresa Giudice.

As he and Melissa Gorga attempted to defend themselves against Teresa, who shaded Melissa for standing by Margaret as she raised questions about the past of her now-fiancé, Luis Ruelas, and refused to reprimand daughter Gia Giudice for what many took as disrespectful commentary towards her uncle, Joe took to social media, where he revealed he got “an education” last year.

Along with the expression, “What an education,” Joe shared a meme with the three lessons he’s learned, hinting that he has regrets when it comes to season 12 and his behavior at the reunion, which included a storm-off and claims of quitting the show.

“I have learned [three] lessons this year. To leave people where they are at, accept situations for what they are, and not every action needs a reaction,” read the meme. 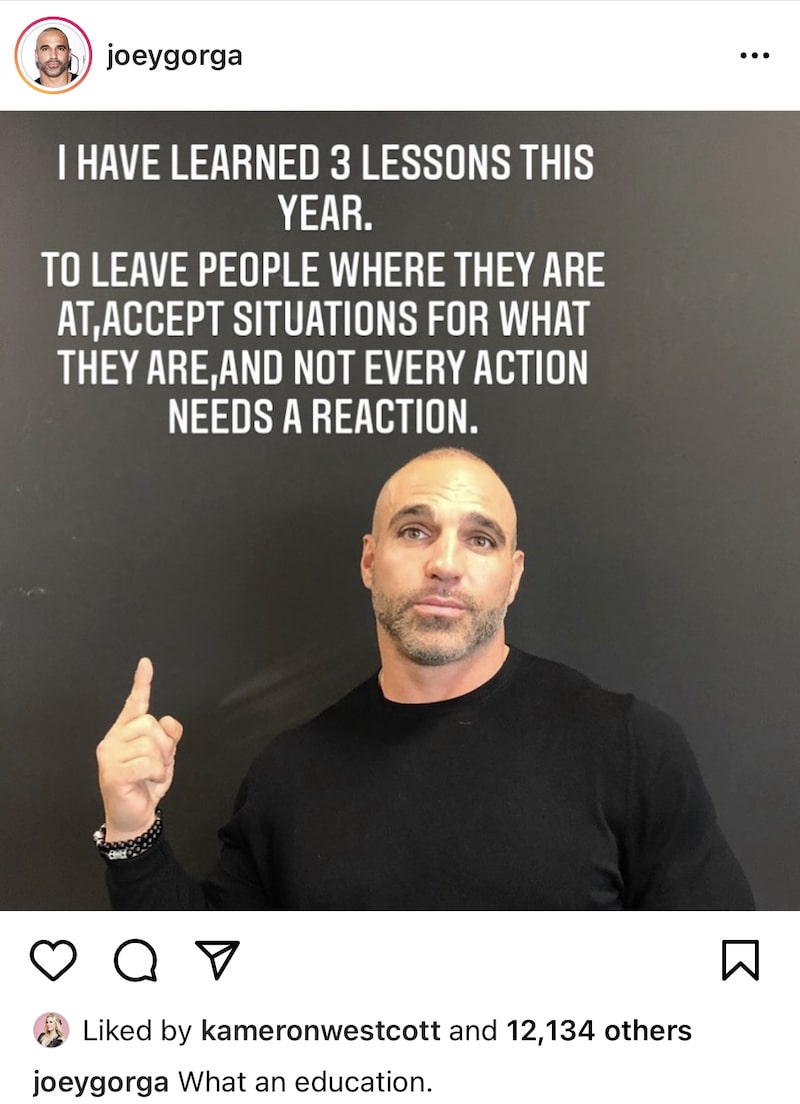 In addition to rehashing their complaints about one another’s loyalty, Teresa and the Gorgas discussed Teresa’s decision to leave Melissa out of her bridal party, explaining that they weren’t close as she instead selected Luis’ sisters, who she’s known for far less time.

All of the family drama proved to be too much for Joe, who ultimately left set. However, on his Instagram Story, on Tuesday night, he hinted that part two of the RHONJ reunion, which airs next week, will be just as, if not more, dramatic as part one.

In a re-post shared by Joe, a fan was seen sharing “several take aways” from Tuesday.

“A Xanax is needed for next [week’s RHONJ] reunion… [Melissa Gorga] is a complete class act… [Joe Gorga] is everything I would want for my own daughters (which I do! Thank you Jesus),” they wrote. 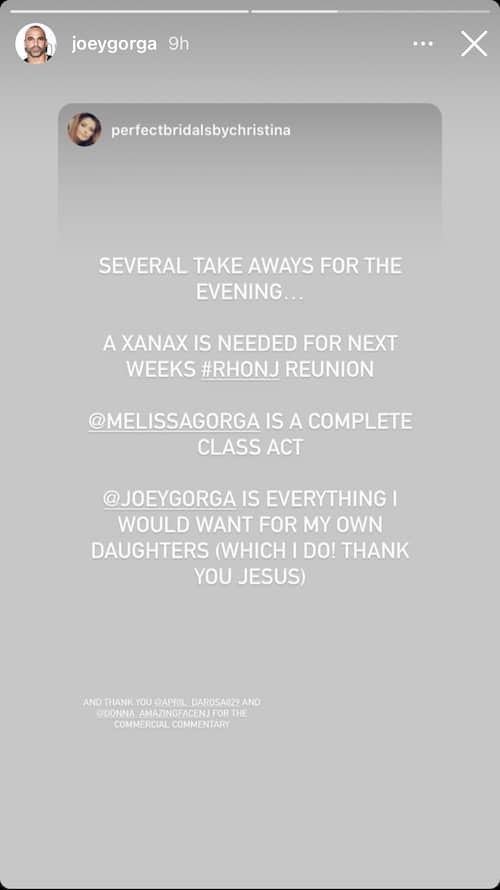 The three-part Real Housewives of New Jersey season 12 reunion continues next Tuesday, May 10, with part two at 8/7c on Bravo.