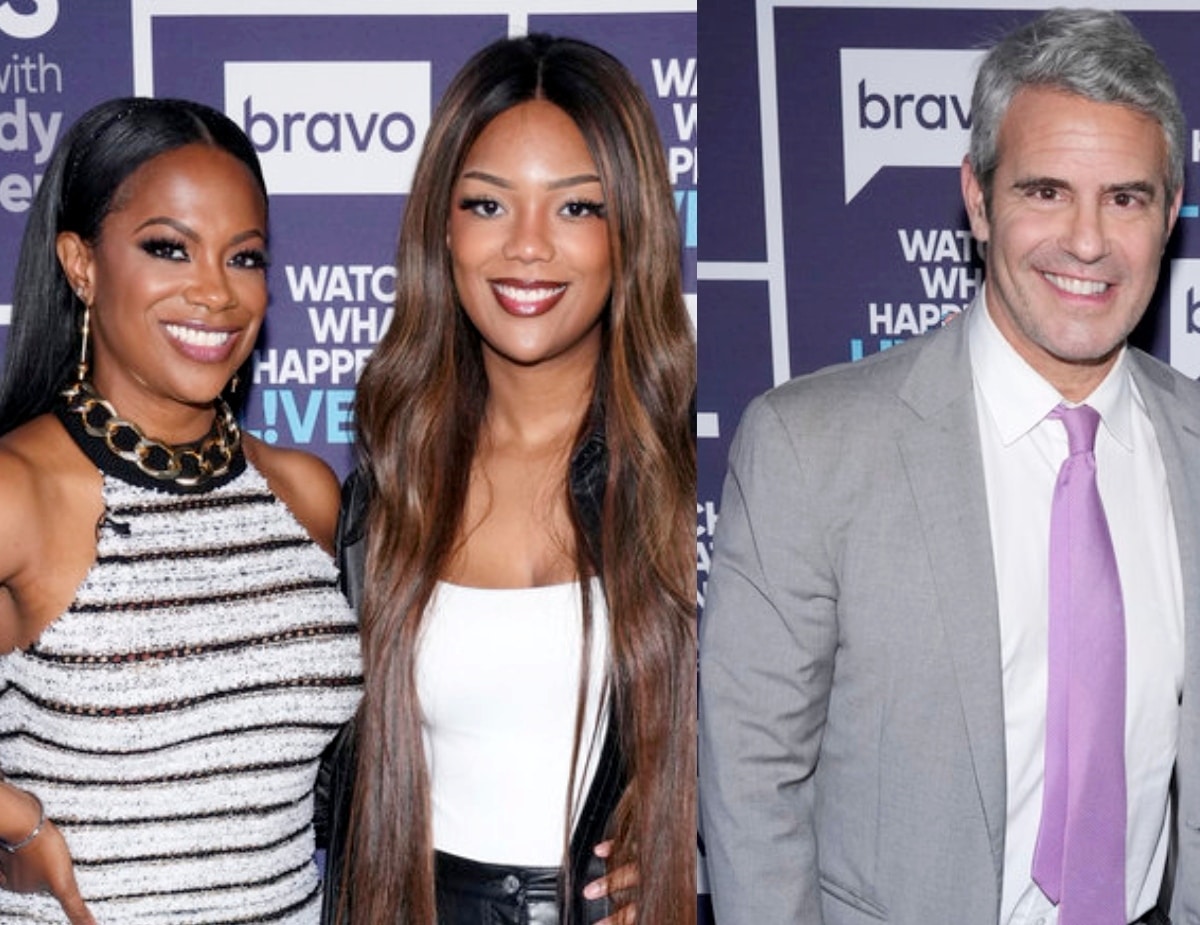 On a shady episode of Watch What Happens Live, Andy Cohen questioned Riley Burruss about her relationship with Russell “Block” Spencer – the 19-year-old’s estranged father.

After it aired, Riley’s mother Kandi Burruss went public with her disapproval of the question. This was a rare moment for the Real Housewives of Atlanta veteran, who doesn’t often call out the host.

In an interview with E! News, Kandi shared an update on her friendship with Andy, and explained that he apologized.

The singer added, “A lot of people just don’t understand that’s a sensitive subject for her…but sometimes if you don’t give a person a heads up, they kind of get caught off guard. And so that’s what I was saying.”

She alluded to tension from the past.

“I’m sure there are things that he probably doesn’t like,” said Kandi, “and he’s said things that rubbed me the wrong way at times, but we’re always able to come back on the same page. So he apologized and I was good. It wasn’t that deep for me.”

Kandi’s friendships on RHOA, it seems, aren’t so easily resolved. According to the Grammy winner, season 14 was “eye-opening,” and there were “some real haters.”

In the interview, Kandi’s husband Todd Tucker called out costars Shereé Whitfield and Marlo Hampton, before Kandi replied, “They had a lot to say about me that I did not realize that they were saying, because when we were filming together, they weren’t saying those things while I was around.”

During a recent scene, Marlo took shots at Kandi’s sexuality, claiming “Kandi f–ks everybody for free … and always dates underneath her tax bracket.”

Kandi emphasized to E! News that she’s been married for almost a decade. She also clapped back at Marlo’s insinuation that she didn’t help the “community.”

“I do a lot for my community, and it’s been very visible,” Kandi shared. “I’ve helped her even. So for her to say the things that she was saying it was just like, wow. I couldn’t believe it.”

Marlo and the haters, in Kandi’s opinion, plainly “didn’t like” that Sanya Richards-Ross “wants to be friends with me more so than with them.”

Real Housewives of Atlanta Live Viewing – This is also the live viewing thread for tonight’s new RHOA season 14 episode, which airs on Bravo at 8/7c. As the episode airs, please share your comments in our chat below.