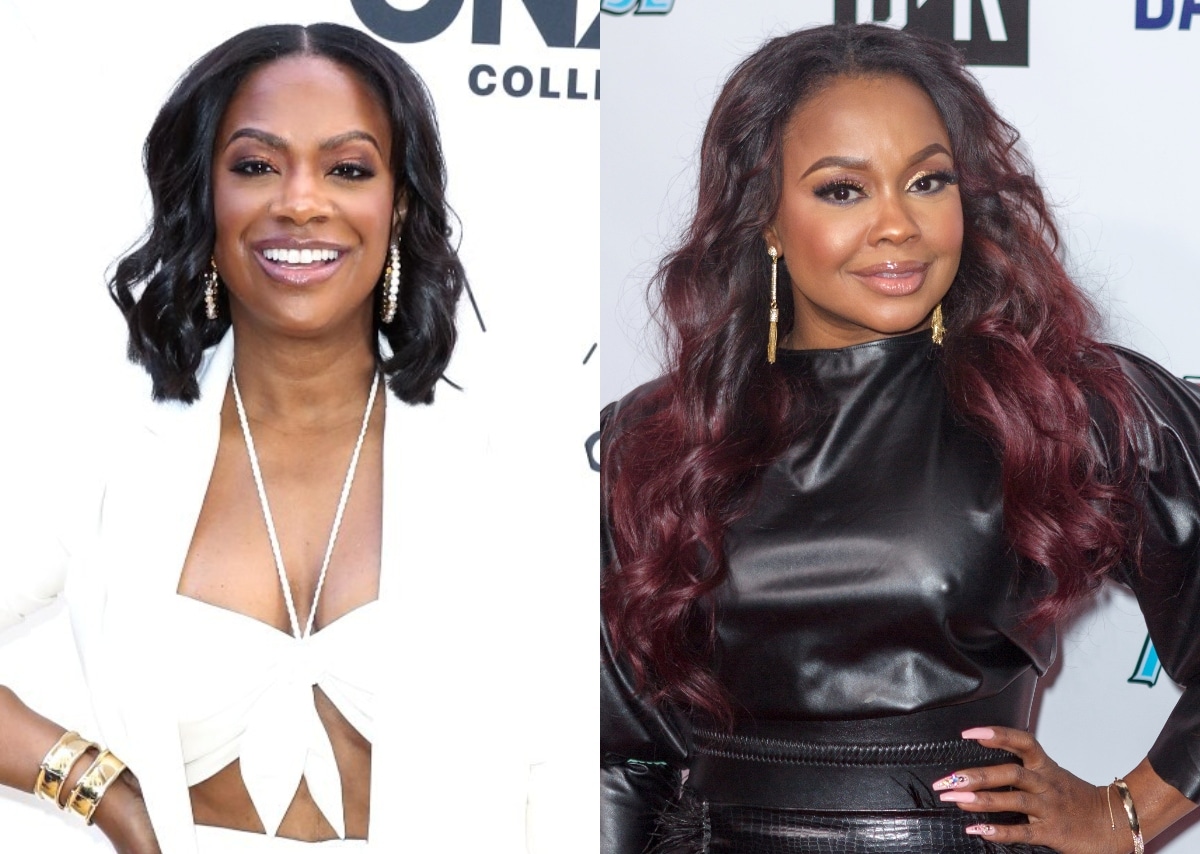 Phaedra Parks appeared on a recent episode of The Wendy Williams Show to promote Real Housewives: Ultimate Girls Trip season two, The Ex-Wives Club, and during her chat with guest host Michael Rapaport, she threw some shade at the Real Housewives of Atlanta.

Following the release of disappointing ratings on the series’ recently-premiered 14th season, Phaedra appeared to compare the show to a “sinking ship” as she gave a nod to her guest role on The Real Housewives of Dubai and shared her thoughts on returning to the Bravo reality series.

“I’m yachting in Dubai. I’ll leave the girls of Atlanta on the Titanic,” Phaedra stated, via The Grape Juice.

And amid a live chat with Amazon, Kandi fired back at her former co-star, deeming Phaedra a “professional shade queen.”

“It was kinda funny because I feel like it was a compliment and a shade at the same time. At one moment, Phaedra said, ‘Oh, you know, Kandi is a very good businesswoman.’ And then she said something about the show and how she’s… She’s being a friend of the show in Dubai riding in yachts and that she’s leaving us on a sinking ship,” Kandi noted.

She then said that she doesn’t “take nothing personally” and “don’t care” about what Phaedra had to say.

“It’s all good. I’m happy that she’s happy in her life, honey,” she shared.

Kandi continued on, saying that in her life, she’s learned that when it comes to her haters, she knows how to turn their criticism and shade into “positive dividends.”

“When people do negative things towards me, I’ve been able to learn how to turn those negatives into some positive dividends. I’ve become a master at it. Shade me if you want… and watch me work,” Kandi declared.

Kandi responds to Phaedra’s shade on Wendy Williams and says she is happy Phaedra is happy in her life. #RHOA pic.twitter.com/AOu2TozYlX

Also on The Wendy Williams Show, via BET, Phaedra dismissed the idea of returning to RHOA, saying that she has “many jobs” and “many careers” outside of Bravo and noting that her success was attained “pre-Housewives.”

“My life remains the same with or without a television show and that’s not that for everyone,” she stated. “So, I am so grateful that whether I’m in front of a camera or not, I gets to the bag.”