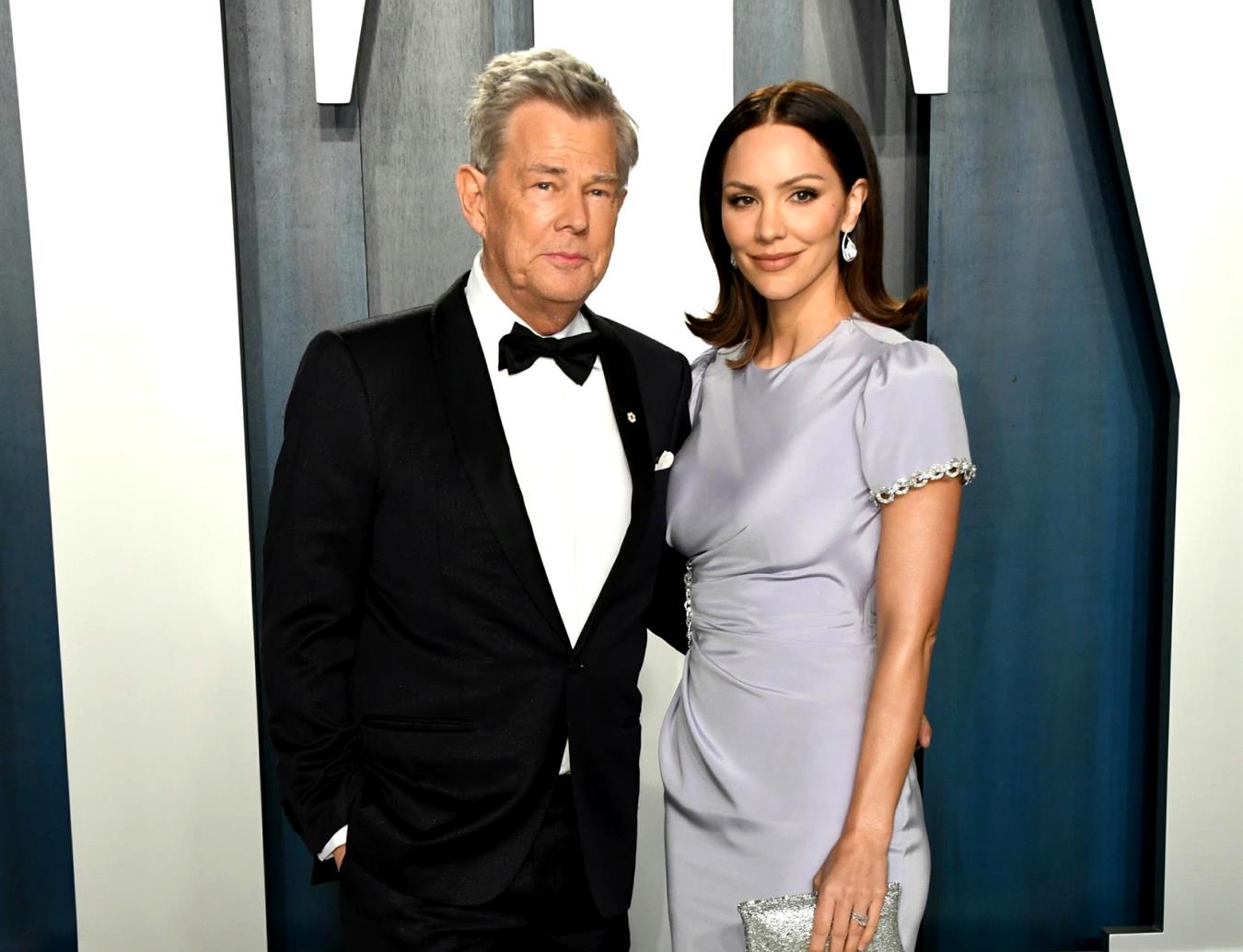 The former Real Housewives of Beverly Hills house husband and Smash actress are expecting their first child together, a year after tying the knot.

Sources confirmed to PEOPLE on Thursday after the couple were spotted out in Montecito, California on Tuesday shopping for all things baby. Katharine was dressed in a long-sleeved casual top and gray leggings, showing off a growing baby bump.

Katharine is David’s fifth marriage, whose most recent ex-wife is former RHOBH star Yolanda Hadid, while David is Katharine’s second marriage, as she was previously linked to Nick Cokas.

David actually performed Katharine’s first wedding and mentored her and other contestants during her the season 5 cycle at American Idol.

David recently spoke about having a “magical” wife in Katharine, revealing this summer how he ended up admiring her outspokenness.

“We’re doing great. She’s very opinionated. It’s challenging, but in the best way,” he shared. “She’s really magical and able to float in and out of all the family dynamics. It’s amazing to watch because that’s a huge talent — being able to navigate my life.”

The 16-time Grammy winner is already father to three daughters, Sara, 39, Erin, 38, and Jordan, 34, whom he shares with ex-wife Rebecca Dyer. He also has two daughters, Allison, 50, and Amy, 46, from previous relationships.

Daughter Erin previously told People that Katharine had been a “positive” addition to their family as they respected the way her generational differences impacted David’s life.

“Interestingly, the age difference has played a role in a positive way,” Erin said. “Our dad comes from a generation where women are more passive. He is also passive about his feelings. Kat has really pushed him to open up. We could get into a fight, and then Kat’s like, ‘No, you have to pick up the phone, call your daughter back.’ She’s a facilitator, which is really important. She pushes him to be more emotional and more vulnerable.”

The Real’s Jeannie Mai: ‘I Have Submitted To Rapper Jeezy, He Is My Leader’!!

The Real's Jeannie Mai: 'I Have Submitted To Rapper Jeezy, He Is My Leader'!!