Katie Flood Sticks By Decision to Let Delaney Go as Delaney Claims She Didn’t Get a “Fair Shot,” Plus Below Deck Med Costars Weigh in 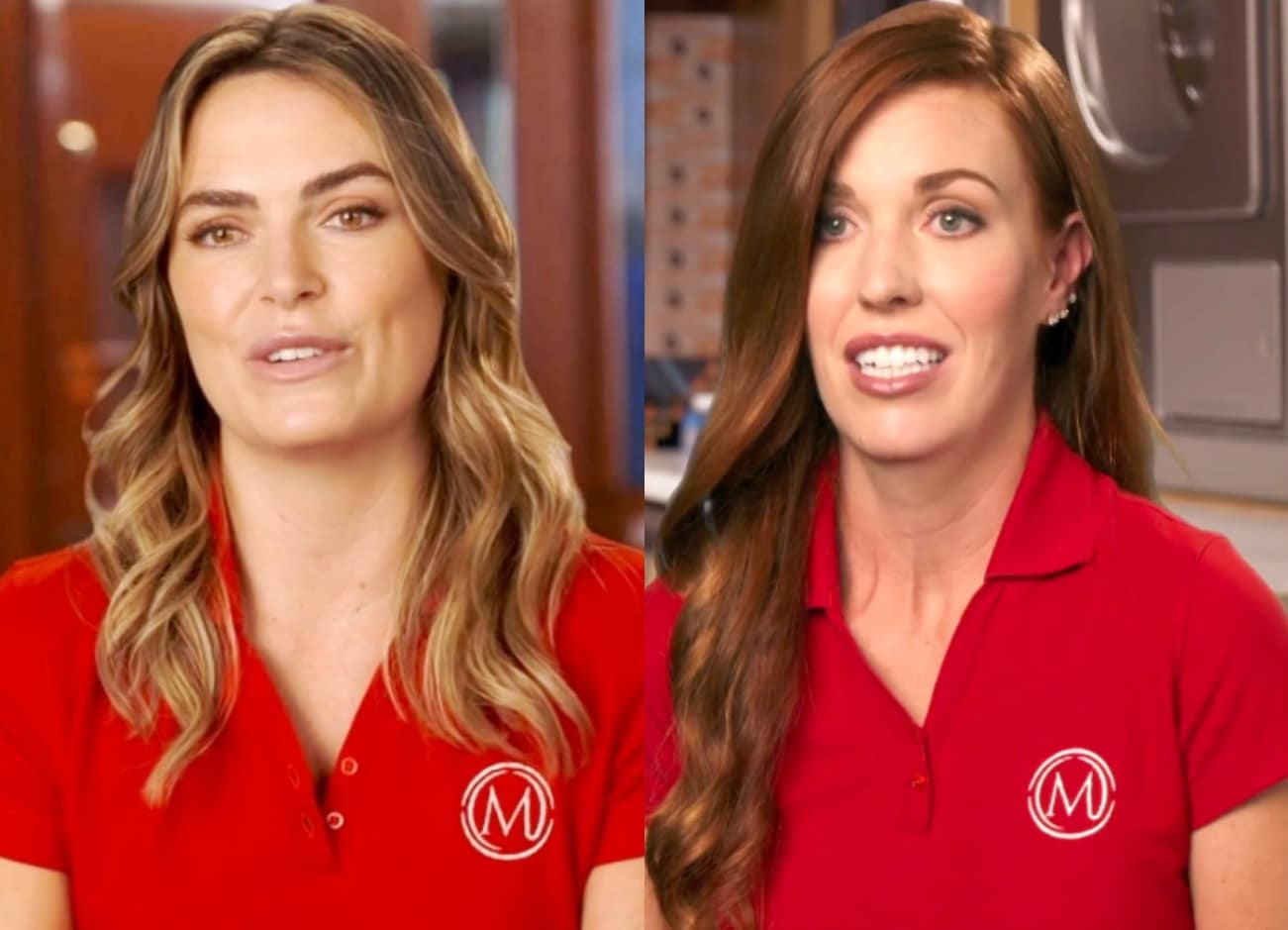 Katie Flood is owning her decision to let Delaney Evans go as her fellow crew members react to the Below Deck Mediterranean chief stew’s decision before Delaney shares her thoughts.

After having a great deal of trouble with Lexi Wilson, Katie decided to bring Delaney onboard for a little extra help, which a few of her co-stars were not too happy about. Once she realized that the fourth stew’s addition was affecting the dynamic amongst the crew, as well as the cabin arrangements, she kindly let Delaney know she no longer needed her services.

While Katie admits it was a tough decision to make, especially since Delaney was essentially begging for her job, she’s sticking by her decision even if she regrets it later.

“If it all turns back and blows up in my face, that’s my decision I have to live with,” she explained on the September 13 Below Deck Mediterranean: After Show.

Nevertheless, Katie clearly has the support of her crew members because they’re backing her up 100 percent.

“I have a huge amount of respect for Katie for [the stance] she had taken,” Mzi “Zee” Dempers gushed. “Because in terms of Delaney, and the effort she was putting in, it did show that she was trying. And for Katie to basically put the whole crew above that is a big thing. That’s what she actually cared about is us as a crew getting along.”

Not surprisingly, Chef Mathew Shea was thrilled Delaney was sent packing as he has been the most vocal about the ordeal.

“I was already annoyed that I was out of my cabin,” he asserted. “I already didn’t get along with Lexi. It was like, ‘Why are there two girls doing laundry?’ And there’s two other girls doing service, and I’m alone in the galley. Like, I was annoyed at the tips split. Even though it’s a little bit of money, I still didn’t think it was fair.”

“Obviously if it’s disrupting the crew dynamics you need to remove that element, and that’s what she’s doing,” Sandy noted of Katie’s decision. “Not an easy decision, her first one, and I think she did a great job.”

As for Delaney, who allegedly exaggerated her experience on her résumé, she definitely doesn’t feel Katie made the right call, claiming she didn’t get a fair shake aboard Lady Michelle.

“While I knew I wasn’t maybe the best fit for the situation, there’s a lot more going on in terms of me leaving than just the cabin arrangement,” she insisted. “There’s multiple layers to me staying or leaving which is unfortunate.”

“I didn’t think it was fair at the time,” she added. “If I was gonna be a hard worker, and just to be like ‘Okay, Hi-Bye,’ it just didn’t seem like I got a fair shot.”

Nevertheless, Katie hopes Delaney will grasp the full magnitude of the situation once she watches the show back.

“I think it was really hard for her because she didn’t understand all the crap that had gone on before,” Katie explained. “So it obviously looks in her eyes like I was being nasty or something like that, which [I wasn’t]. I do hope watching the show now will give her a little more insight into how I was feeling, and what was going on, and how everyone else in the crew was feeling.”

The By no means-Ending Battle: ACTION COMICS #687

The By no means-Ending Battle: ACTION COMICS #687