Kim Zolciak Says Andy Cohen “Pissed” Her Off at BravoCon, Plus Why She May Not Be Able to Have More Surgery 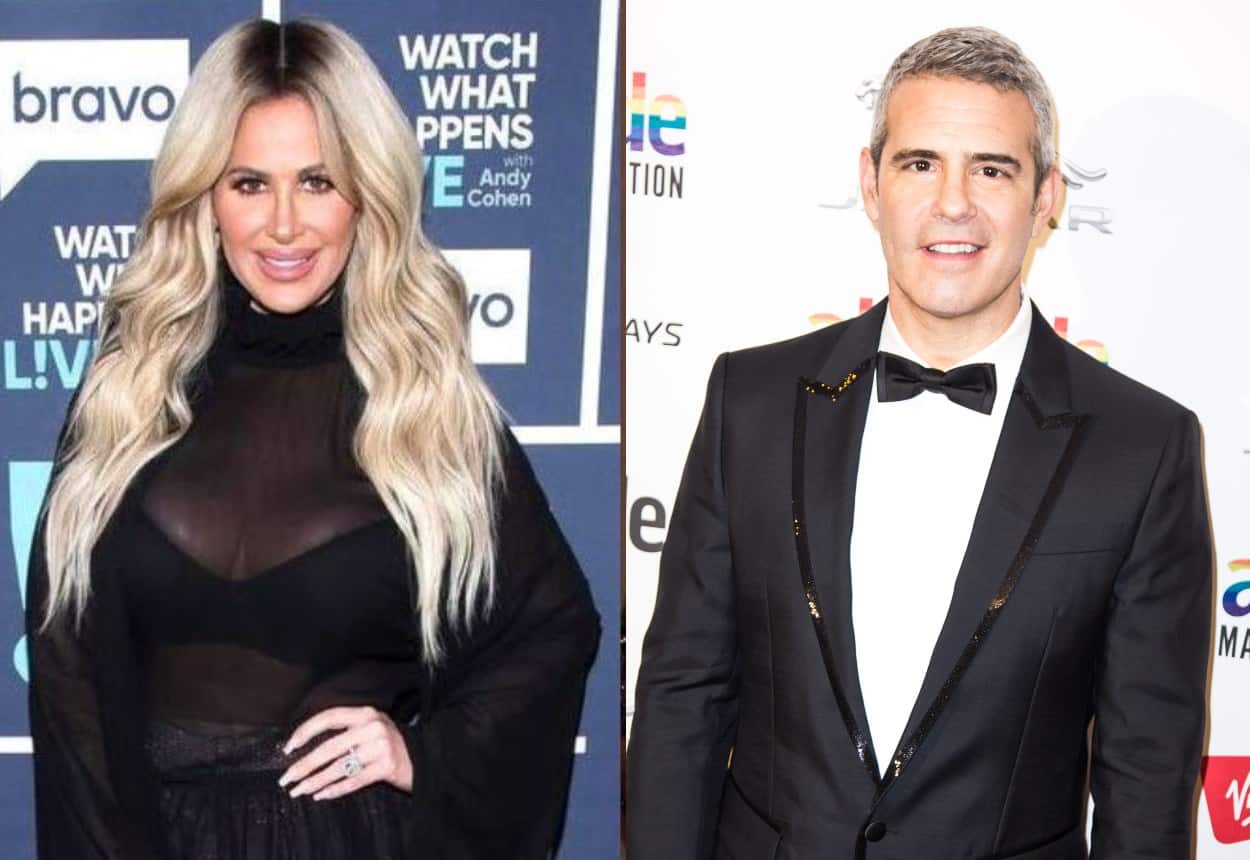 During a new interview, the Don’t Be Tardy cast member admitted that she was “pissed” at Andy Cohen for placing her with a certain group of women before addressing her plastic surgeries and her cosmetics line as daughter Brielle Biermann shared her thoughts on the many trolls she deals with online.

“First of all, Andy called me and I was like, ‘Why am I on a panel with Housewives that aren’t even on TV anymore?’ Like, ‘Why am I with all these girls?’ I was pissed, actually,” Kim, 42, recalled to Gibson Johns on In the Know. “And Andy was like, ‘It’s basically because [you’re] not a housewife either.’ It was the people that started the franchises, but I didn’t take it that way. I was pissed, and I texted his a** and then we got on the phone and he’s like, ‘Listen, I think you should come out and sing.’”

While Kim was initially hesitant to perform “Don’t Be Tardy” live at the event, Andy was able to talk her into it after agreeing to sing alongside her.

According to Kim, she is often accused of having a ton of plastic surgery when in reality, her doctor is no longer on board with her going under the knife due to her 2015 stroke.

“I had a stroke. I’m on heavy duty blood thinner everyday. It’s not like I can go have a procedure tomorrow,” she explained. “My cardiologist is not going to clear that. I get Botox. I do my lips. I had my boobs done. I definitely did my tummy and I’ve been open with people about that.”

In addition to undergoing a number of procedures to maintain her youthful appearance, Kim has also created a cosmetics line with her daughters.

Speaking of the quality of the products, Kim, who was admittedly emotional after learning that her products had sold out quickly, revealed she was inspired to take a different approach to lipstick by her own dislike of the waxiness of most products.

“I hated the taste of lipstick and the way it feels waxy, so all of our lipsticks are scented with vanilla cupcake and are really hydrating. We wanted to use really good products,” she explained.

“Our lip kits, we sold out on preorders, and it was like, ‘Oh, my god.’ We were so overwhelmed. We re-stocked our lip oils three times. It was very emotional,” Kim shared.

As for Brielle’s feelings toward her many haters on Instagram and Twitter, the 23-year-old said she’s getting “bored.”

“What I would say is it’s been five or six years of the same consistent bullsh*t that you guys bring up. I’m bored. Can we start talking about something else please? Find something else to make fun of me. I’ve replied the same replies, I’ve heard the same comments. I’m so tired. I get it. You think my lips are terrible, you think our noses are fake, our whole face is plastic, our hair is crazy, we’re fat… Like, I don’t care!” she ranted.