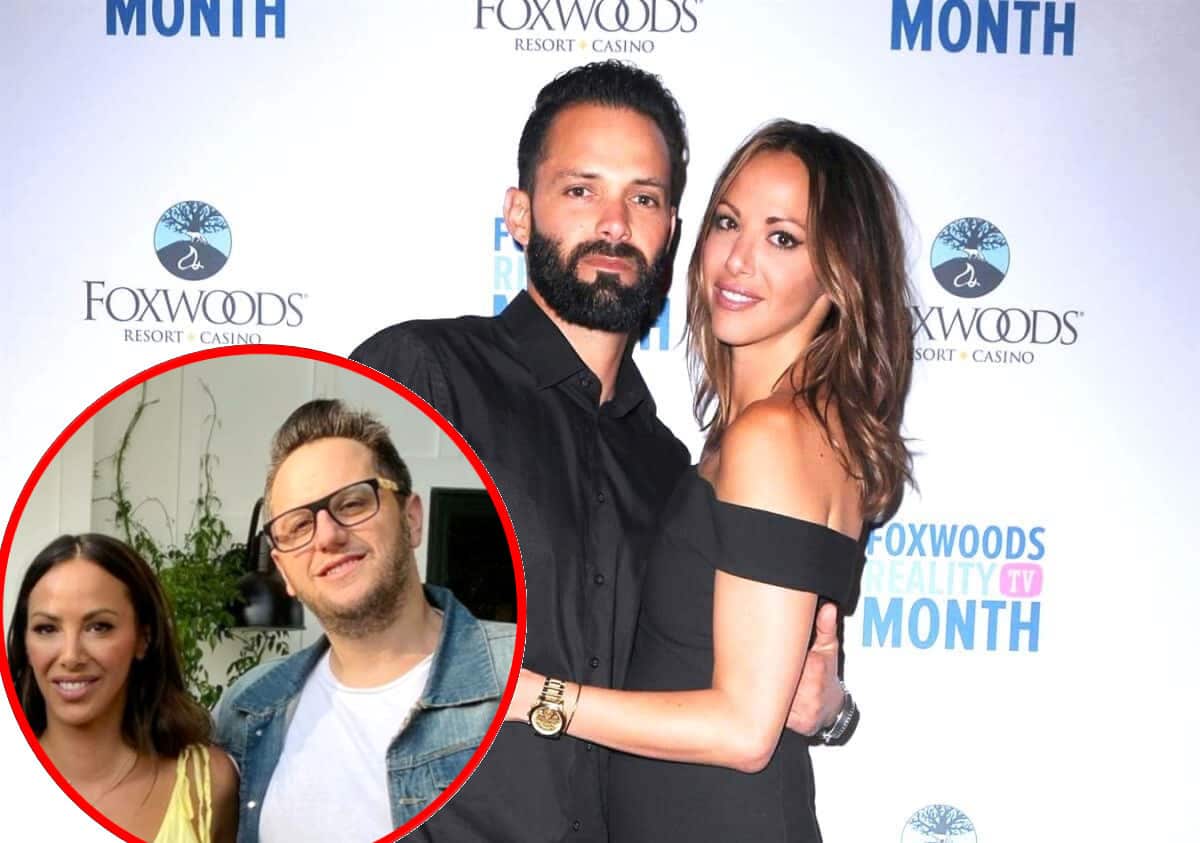 Kristen Doute is moving out of Alex Menache‘s home amid rumors of a breakup.

Just months after selling her Los Angeles property for $1.3 million and moving in with her boyfriend, the former Vanderpump Rules star confirmed she is moving out in a series of Instagram Stories while also sharing a birthday message to her former boyfriend, Brian Carter, who fans will remember from the Bravo show.

“Packing Day [Outfit of the Day],” Kristen wrote in an Instagram Story shared on Monday night, which featured the song “I AM WOMAN” from Emmy Meli.

“I am woman, I am fearless, I am sexy, I’m divine … I’m unbeatable, I’m creative, Honey, you can get in line,” the songstress sings. 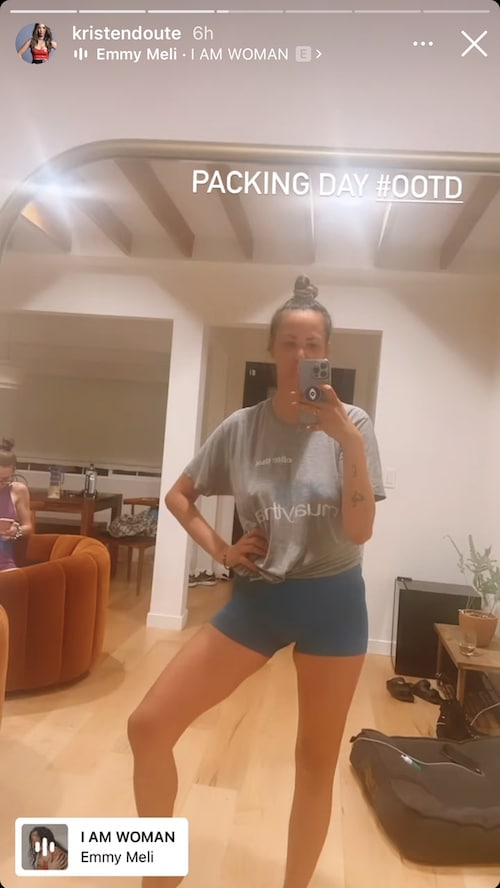 Then, in a second post shared Monday, Kristen included the Maren Morris song “Good Friends” as she showed off stacks of boxes and bags.

“‘Cause we’re good friends, We don’t ask why, We just show up at each other’s house unannounced in the middle of the night. We got history. No conditions. You don’t ever have to worry, yeah, I’ll keep you sturdy,” Maren says in the song. 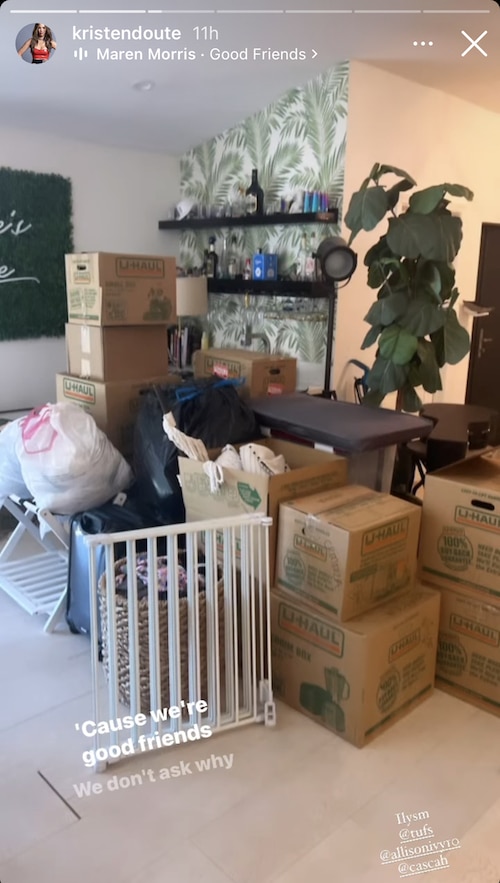 Days before moving out of Alex’s home, Kristen posted an unexpected message and photo of Carter and a dog they share. 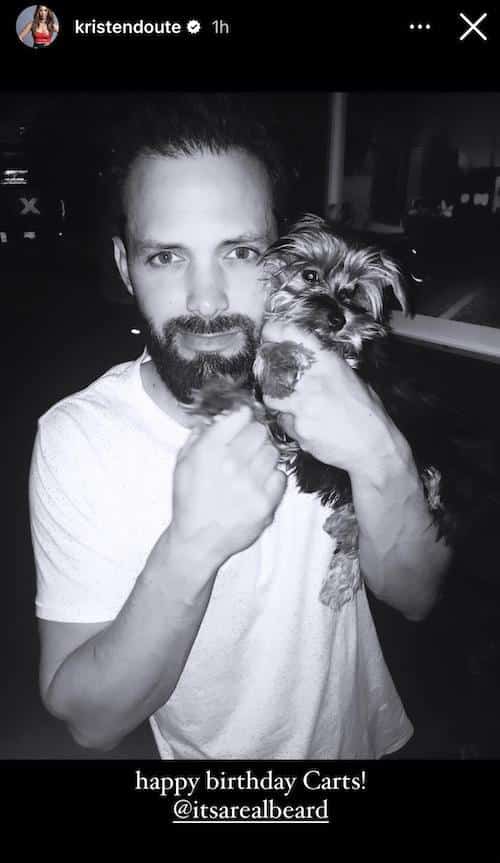 Although Kristen hasn’t publicly confirmed her split from Alex, she unfollowed him on Instagram last week and deleted all of her recent photos of the two of them. However, because she’d done so before, it was hard to tell if the unfollow was indicative of a breakup.

Back in October of last year, after Kristen unfollowed her then-boyfriend, Alex took to his Instagram page to clarify what had happened between them.

“Kristen threw a fit the other night and hastily blocked me,” Alex revealed. “I didn’t even know it until now and we forgot to follow back. Everything is good.”

As fans await an official announcement about Kristen’s relationship status, fans on Reddit are sharing their thoughts on her shoutout to Carter, deeming her “messy” and suspecting they’re back together because Kristen “literally cannot be single.”

“It seems like her and her bf broke up and now she’s posting Carter. I can’t,” one person said.

“Kristen the mess that keeps on messing,” wrote another.

Vanderpump Rules season 10 is expected to go into production soon.