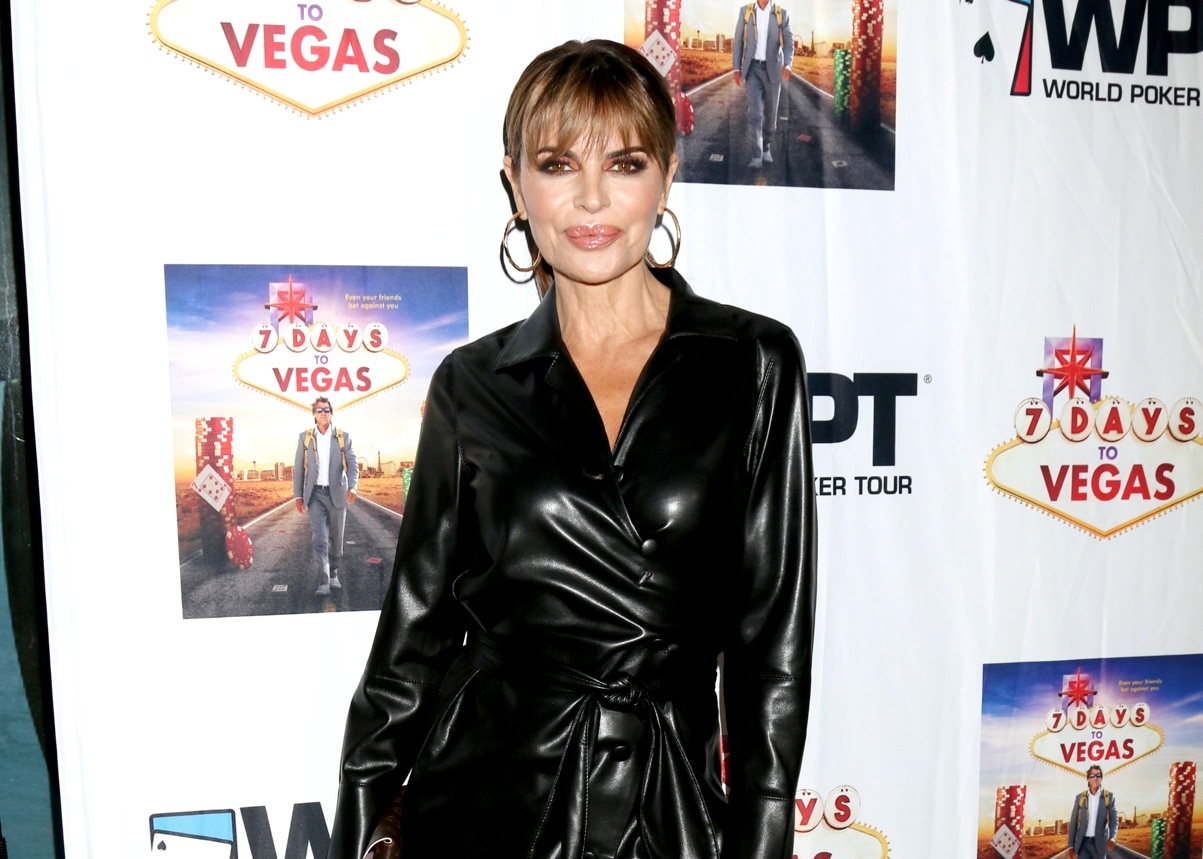 Real Housewives of Beverly Hills star, Lisa Rinna, best known for her brutal honesty is speaking candidly like never before.

In a new interview, Lisa promises this new season of RHOBH is going to be one for the books and discusses why she’s become so successful, how she truly shows her authentic self on the show, and even being compared to RHONY’s Bethenny Frankel?

“I think it’s one of the best seasons ever. I really do. There’s so much that goes on that is real.  My mom’s passing and Dorit’s home invasion. Erika and what she’s going through and still going through. There’s just so many real issues that we’re dealing with. And then what goes off of that, it’s beyond,” she told Newsweek.

Lisa without a doubt has become one of the most famous housewives in all of the franchises, whether you love her, hate her, or love to hate her. But Lisa admits she had reservations on joining the show, but soon realized she had to pivot her career in a different direction in order to still get work.

“It’s never something I aspired to, but I am smart enough to know that as I aged, in this business, as an actor, as a female, you don’t get to work for very long. I remember thinking when I turned 40, I better diversify. I better figure this out. Because my time’s up at 40. Because that’s what happened to me. It just started to dry up. And I thought, I feel great. I think I still look great. So, I’m not going to accept this. That’s when I started to branch out and be open to other opportunities,” the RHOBH star explained to the outlet.

And opportunities did Lisa get. Lisa’s company Rinna Beauty has risen to become a majorly successful cosmetics brand and she couldn’t be happier.

“It was born out of following your passion, doing some other things because life is short, and you don’t have to just do one thing. And that’s how it started, and I’ve never really said no to anything after that. “

As for the show, viewers like to see Lisa as the “villain” and “pot-stirrer” of pretty much every season, however, Lisa just credits that to her authenticity, honesty and need to get to the truth.

“Because I’m honest. And I’ll tell you what, no one’s more heated than someone who’s honest. The truth is a tough pill for people to take. I’m honest and people would prefer me not to be and I’d be liked a lot more, but that’s not what you’re ever going to get,” Lisa stated.

“What you see is what you get with me. Most people don’t like that because they don’t want to know the truth. I think, in a nutshell, that’s why I’m so polarizing on the show. You either love me or you hate me. There’s really no in between. I’m okay with that,” she conceded.

Lisa also let readers know that because RHOBH is a reality show, you don’t get to see her in “calmer situations” saying, “The show does show you a side of me that isn’t really the side of me that everybody lives with on a daily basis. I’m more fun. I’m calmer. I think the skew happens for the fan base as they think I’m much more angry and mean than I really am in life. I’m just reacting off of what I’m being thrown on the show.”

At one point, the interviewer even compared Lisa’s rise from reality tv star to entrepreneur to Bethenny Frankel, to which Lisa was honored and flabbergasted.

“God. I mean, she’s my idol…  I’ve always aspired to that because I think she’s so smart and so savvy and no one’s done it like Bethenny. I feel so grateful and so blessed that you just even put me in the same sentence with her,” the cosmetic founder gushed.

Be sure to catch the new season of The Real Housewives of Beverly Hills airing Wednesday nights at 8/7c on Bravo.