Married at First Sight Season 6 Couples Update: Where Are They Now? 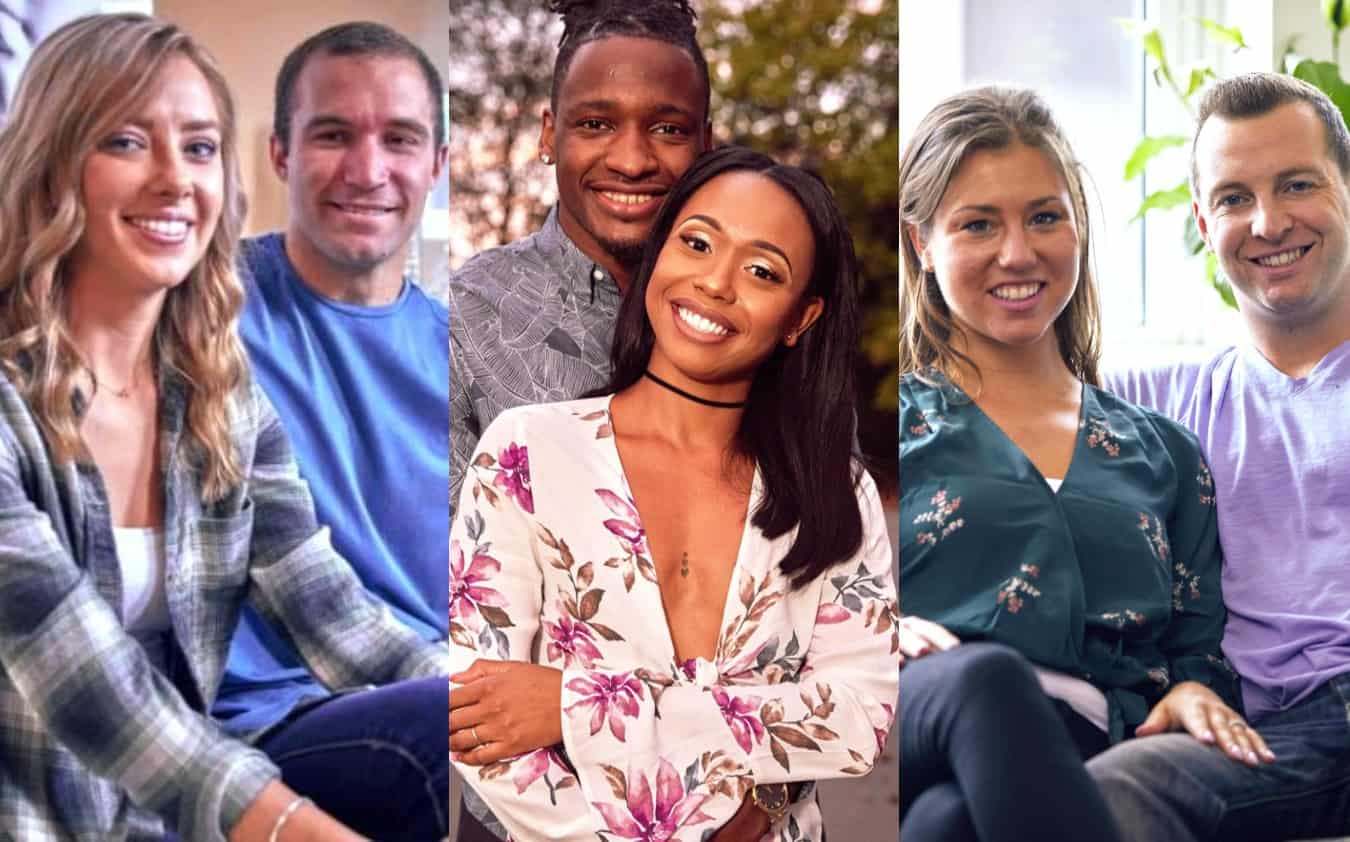 Nearly three years have passed since the world was introduced to Married at First Sight‘s season six cast. While only two out of the three couples decided to continue their marriage at the end of the season, it still begs the question: where are they all today?

A lot has changed since we witnessed these six lucky strangers tie the knot, and while some of the couple’s relationship statuses are to be expected, others are downright shocking.

On the show, this couple really seemed to hit it off. Sure they had their squabbles here and there, but ultimately, this seemed like a pretty winning match. From the moment they first saw each other at the altar, the two then-strangers knew that they were a good match — needless to say, the physical attraction was there (let us not forget when Ryan brought Jaclyn’s firefighter fantasy to life during one particularly romantic evening). At the end of the season, the reality stars both decided to stay married and appeared to be quite happy in their relationship during the tell-all episode.

Jaclyn Schwartzberg Update: While things looked promising for Jaclyn and Ryan, the two decided to go their separate ways after just 10 months of marriage. However, a source close to the couple revealed in an interview with InTouch that the two “remain friends and are grateful for everything they’ve learned while being married to a stranger.” 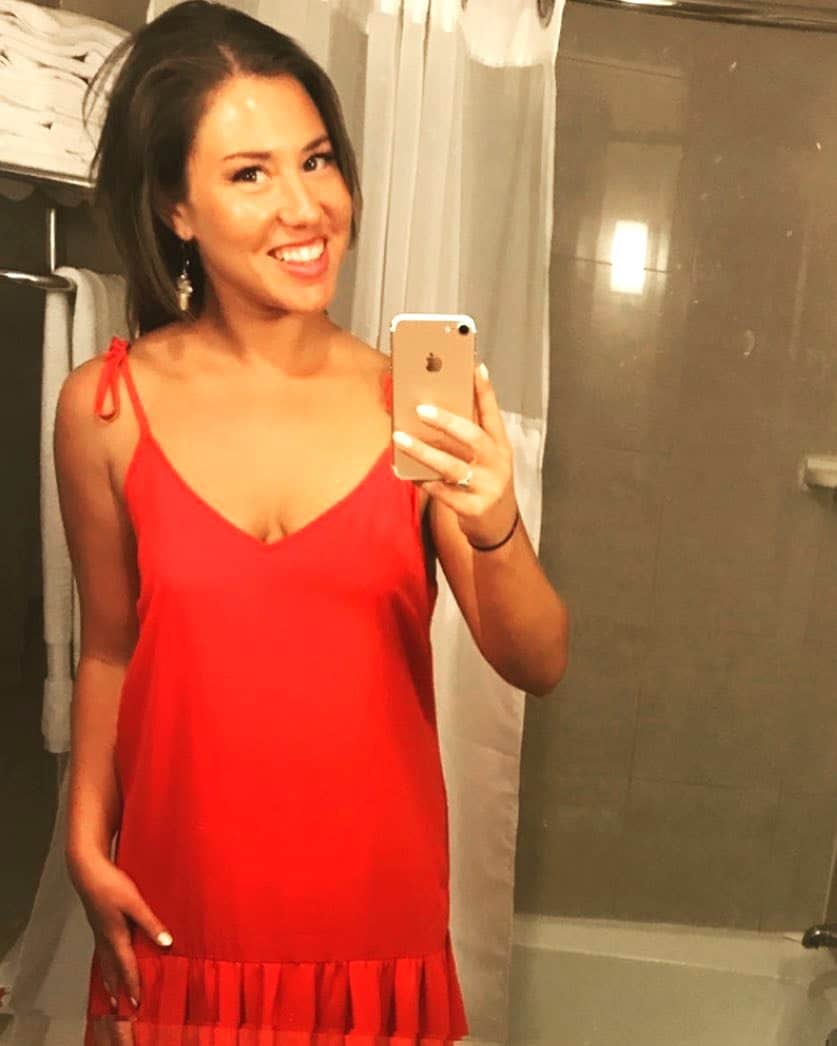 Around the time of their split, Jaclyn expressed how she felt about the way Ryan talked about her on the show through her Twitter account.

“It was hurtful for sure to watch. I had no idea that was said,” Jaclyn wrote in April of 2018.

It was hurtful for sure to watch. I had no idea that was said.

But these days, things have been looking up for Jaclyn. In May 2019, the reality star took to her Instagram page, @jaclynschwartzberg, to announce her engagement to her boyfriend Dane after a romantic proposal in Italy. 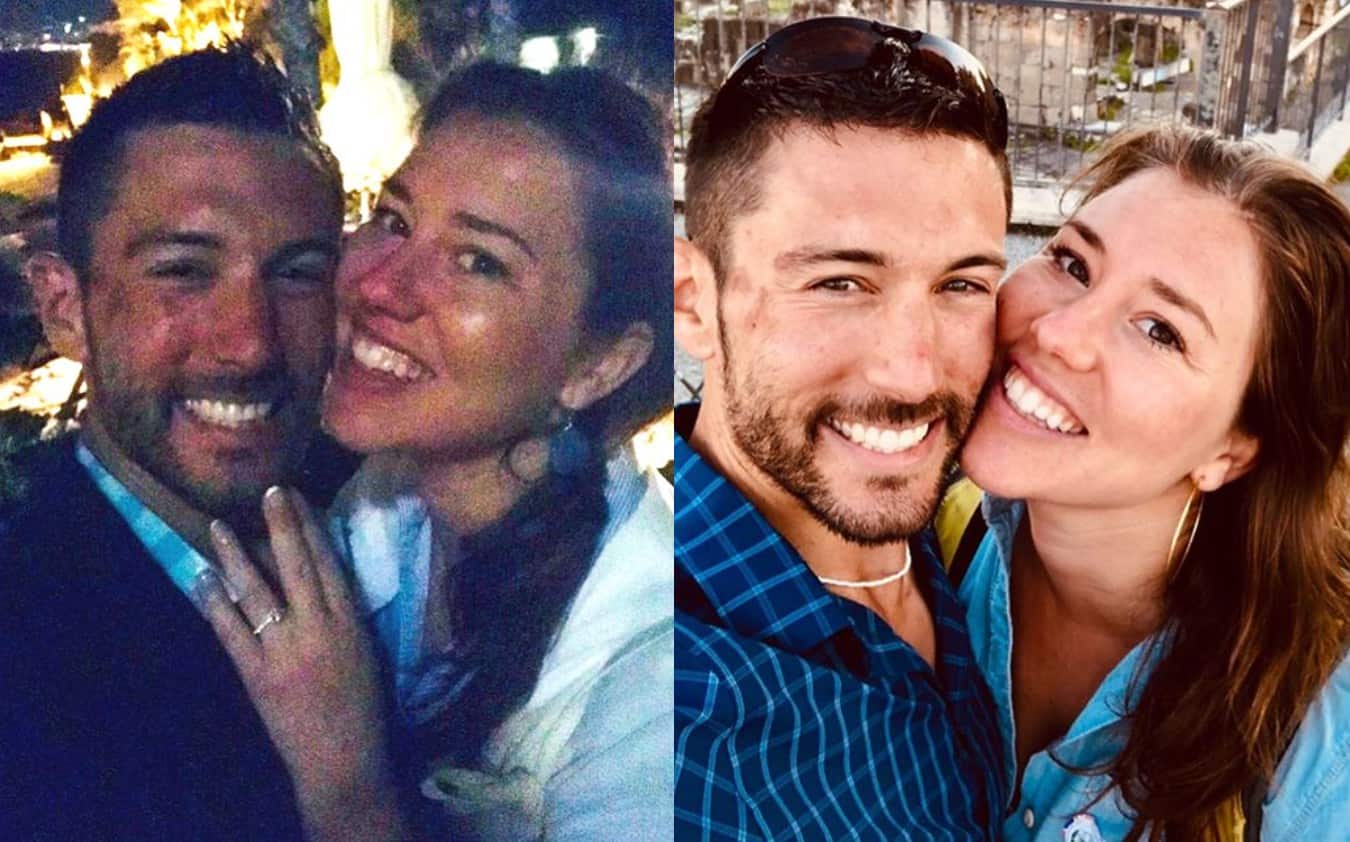 And on September 27, 2020, Jaclyn shared her wedding photo on social media as she tied the knot with her husband Dane.

She wrote: “No words to express how thankful I am for all the amazing people in my life, I love you all so so much. And all of your sweet messages, so much love my heart can’t handle it! 💗💗💗 #justmarried #ido #family.”

Ryan Buckley Update: The firefighter seems to be living a relatively lowkey and simple life these days as most of the images on his social media pages are simply of him playing sports or hanging out with his friends and family. 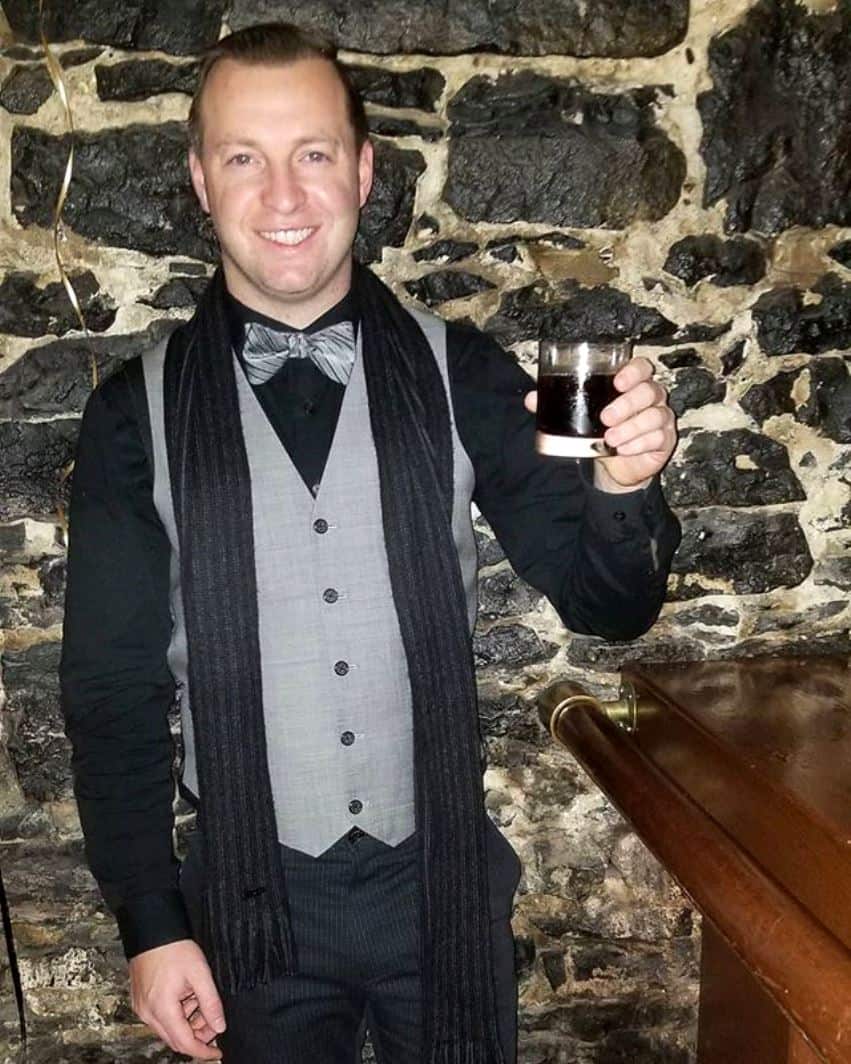 And while he hasn’t made any major engagement announcements, he did appear to be dating someone by the name of Audrey who made appearances now and then on his Instagram page, @ryan_p_buckley, in 2019. However, his current relationship status is unclear as he hasn’t posted a photo of Audrey since last year. 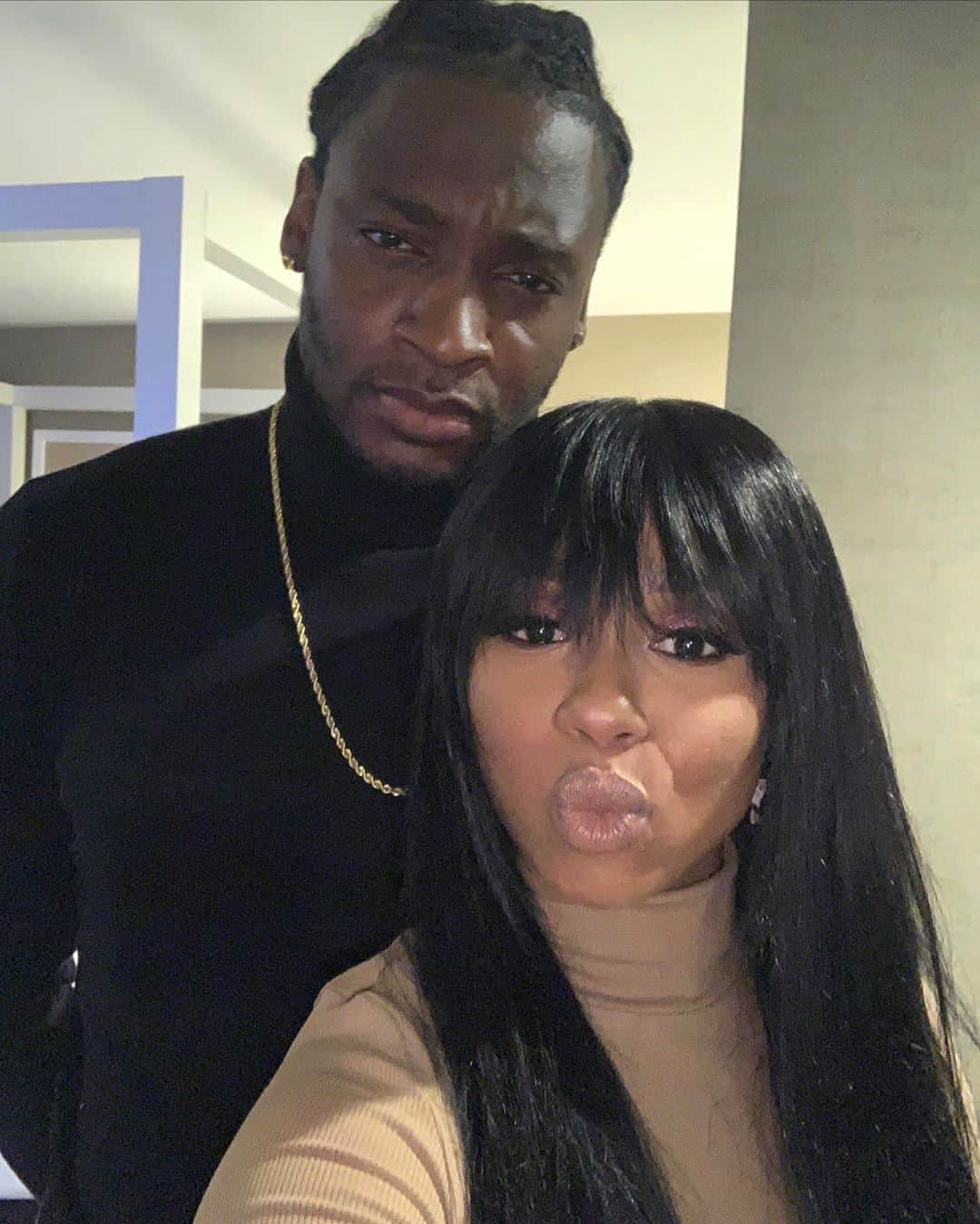 This fan-favorite couple had a bit of a rocky start on the show, but they both proved that with patience and commitment, things could work out. And at the end of the season, the young couple was adamant about staying married. During the show’s tell-all special, the couple revealed they got matching tattoos of the number eight, a digit that holds many meanings to both Shawniece and Jephte. And in a specially added update after the episode, the couple announced they’d be having a baby together.

Shawniece Jackson and Jephte Pierre Update: Turns out, this was a tried and true match! As many fans already know, the happy couple put their relationship on display for a second time on the MAFS spinoff, Married at First Sight: Happily Ever After.

And while the couple had a lot to get through, given that their marriage was relatively new and they were getting ready to have their first child together, Laura Denise, their love pulled them through.

“Celebrating our two year anniversary is a huge milestone for us,” Shawniece and Jephte said in an interview with Madamenoire. “Two years ago we married as strangers, got pregnant and almost didn’t make it to year one. Now two years later, we stand here with our one-year-old daughter, in our house that we bought together, looking at each other – best friends and life partners.”

When it comes to social media, Jephte recently shared some happy family photos on his Instagram page in August 2020.

“Three years in marriage, three years in learning and growing together, s–t three years in just knowing each other (thank you MAFS) 🤣🤣can’t wait for what year 4 has in store for us. Love you [Shawniece],” wrote Jephte.

On October 10, 2020, Shawniece also took to her Instagram page to share a series of cute photos with her hubby.

“When we try to be cute together 😩😂,” she wrote alongside the pics.

Unlike their costars, Molly Duff and Jonathan Francetic’s relationship seemed to be missing a much-needed spark. While on paper the two complete strangers had a lot in common, they just couldn’t manage to make things work. After a lot of fighting and Molly confessing that she simply wasn’t physically attracted to her new husband, the two both decided to divorce by the end of the season. And during the tell-all special, the two reality stars still seemed to be at odds with each other.

Molly Duff Update: At the end of May 2018, the reality star came back from an eight-week hiatus from social media after claiming she needed to “detox.” Apparently, Molly had been receiving death threats and hateful messages from viewers. 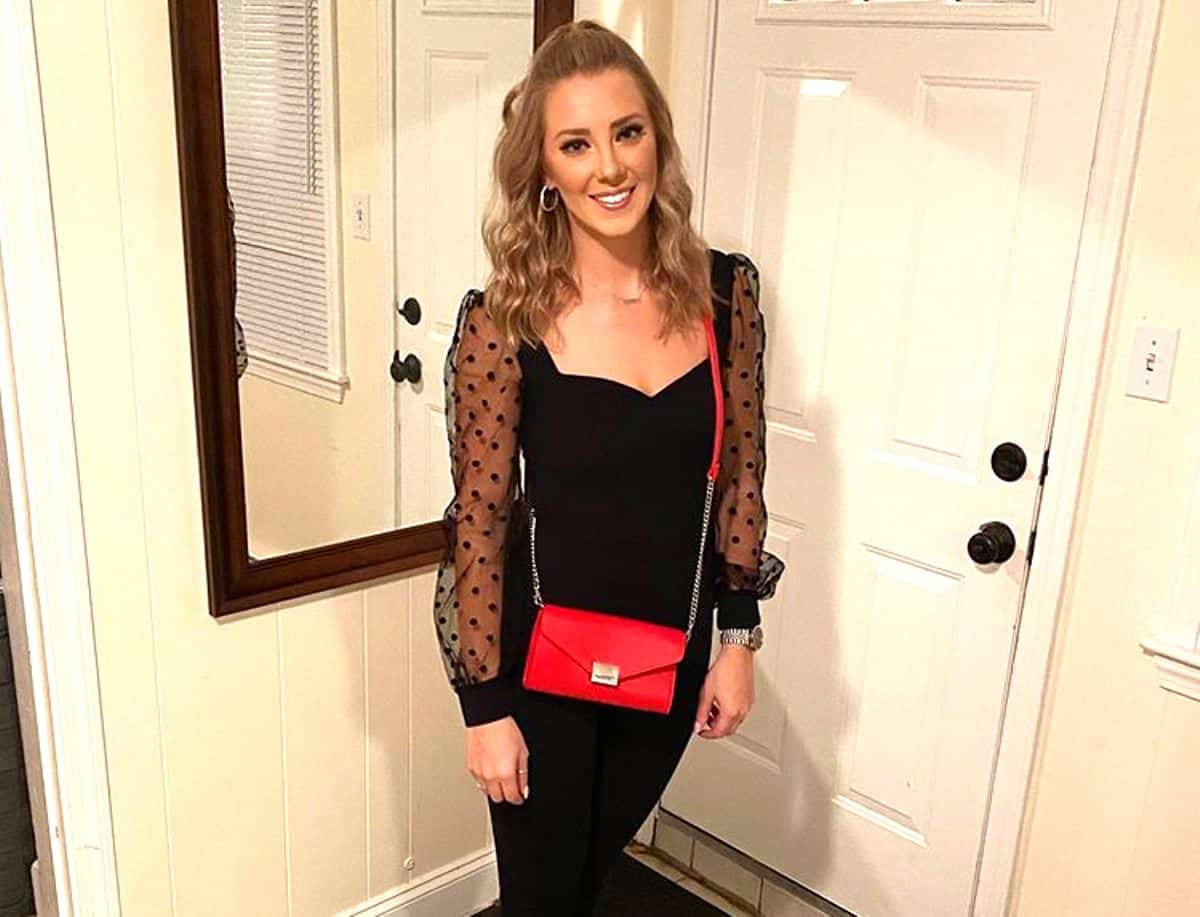 “So sad that people think it’s ok to send me death threats & tell me I deserve to die from what they see from 10 minutes shown out of every 30 hours of filming out of every 168 hours of the week,” the Lifetime star initially wrote on April 6, 2018. “Staying off social media until people stop tagging me in horrible comments.”

So sad that people think it’s ok to send me death threats & tell me I deserve to die from what they see from 10 minutes shown out of every 30 hours of filming out of every 168 hours of the week. Staying off social media until people stop tagging me in horrible comments.

Since then, the commercial insurance adjuster has made her way back to social media and posts regularly on her Instagram account, which consists of lots of pictures of friends and family. In other words, Molly appears to be happily single.

“Hello 2020” Molly wrote alongside a photo of herself hanging out with former costar Jaclyn on her Instagram page @mollyelisabeth92.

Jonathan Francetic Update: Since the show ended two years ago, Jonathan has become an engaged man! Fans may recognize Jonathan’s fiancé since she was one of the three professionals who would counsel the newlyweds on the show. No, he’s hasn’t fallen in love with Dr. Pepper — Jonathan is getting ready to tie the knot with psychologist Jessica Griffin! 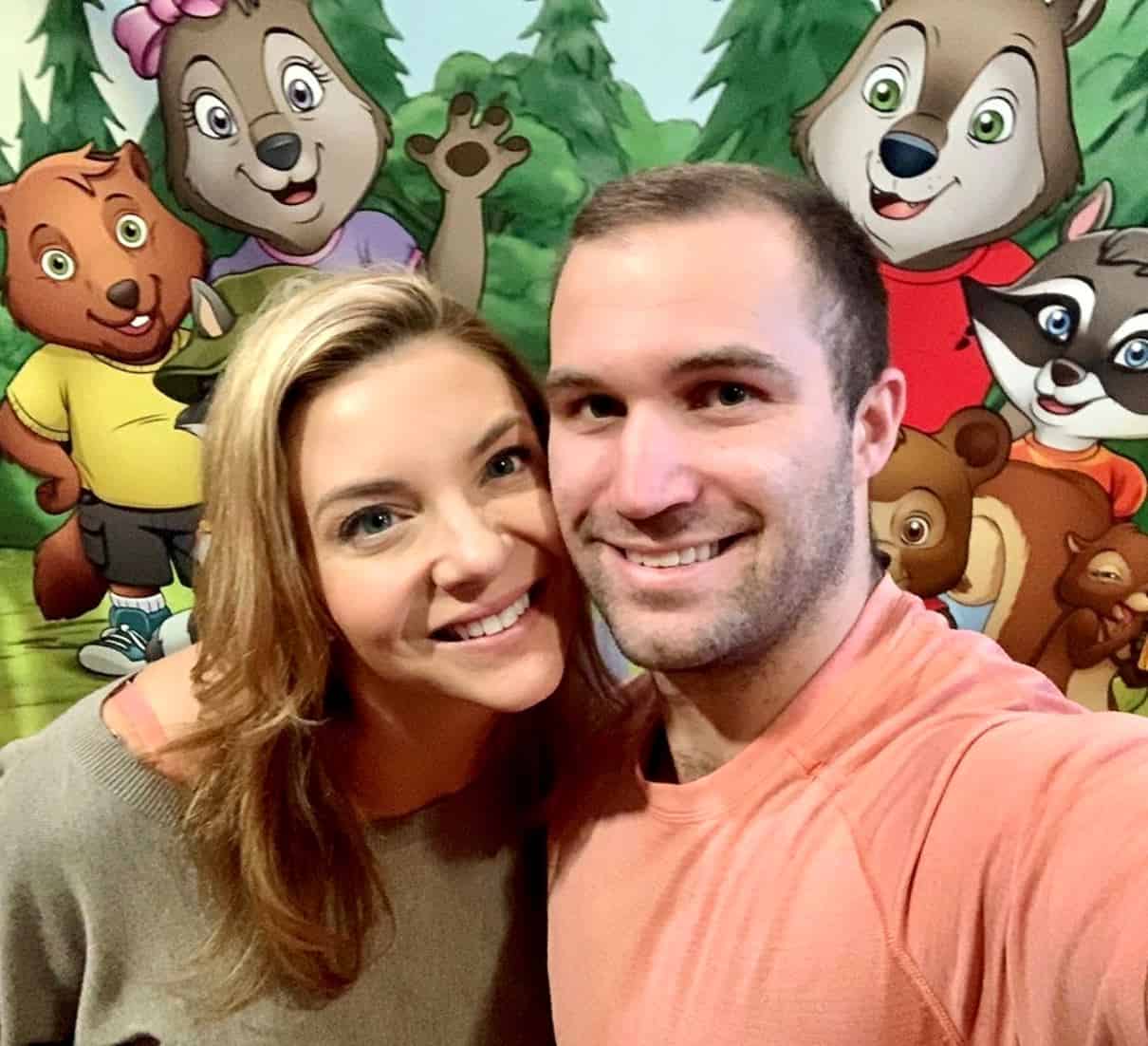 While the couple had been open about their relationship on social media for a while, they officially announced their engagement via Jonathan’s Instagram page @jon_francetic in April of this year.

“I just love how happy she looks,” the 30-year-old reality star wrote alongside a sweet photo of him and his new fiancée. “Oh, and we got engaged at the Grand Canyon yesterday! And now @dr.jessicagriffin is mine foreverrrr #shesmine #nervouswreck.”

A year and a half following their engagement, Jon and Jessica are still going strong. In fact, the lovebirds were supposed to get married on October 2, 2020, but they had to postpone their wedding due to the pandemic.

However, Jon did share a sweet photo to mark what would have been their special day. He wrote: “Going to work today was more annoying than most Friday’s, and everyone knows why. Fortunately, moving the wedding date doesn’t mean we won’t be together in the meantime! Here’s to you jumping on my back, knocking me off balance, and laughing along the way regardless of a pandemic 😊 love you boo 😘”

When the couple first announced they were dating back in September 2018, fans accused the relationship of being unethical since Jessica had served as Jonathan’s marriage counselor when he was on the show. But Jonathan shut down critics, saying that the couple looked into the “ethical codes” before they started dating to make sure that everything was appropriate.

Jessica no longer works for MAFS and continues to raise her three kids, who seem to be fond of Jonathan.

Jessica recently shared pictures from a fun “family” apple picking trip on her Instagram page, @dr.jessicagriffin, that she and Jonathan took part in on September 13, 2020. She wrote: “Apple picking with my little peeps. Jon’s sister and hubs came to visit too, putting up with all our shenanigans. And, it’s the third year in a row that @jon_francetic have gone apple picking at this orchard. 🍎 🍏💗❤️”

Wondering about the statuses of other couples from MAFS? Find out where the season eight cast is today!