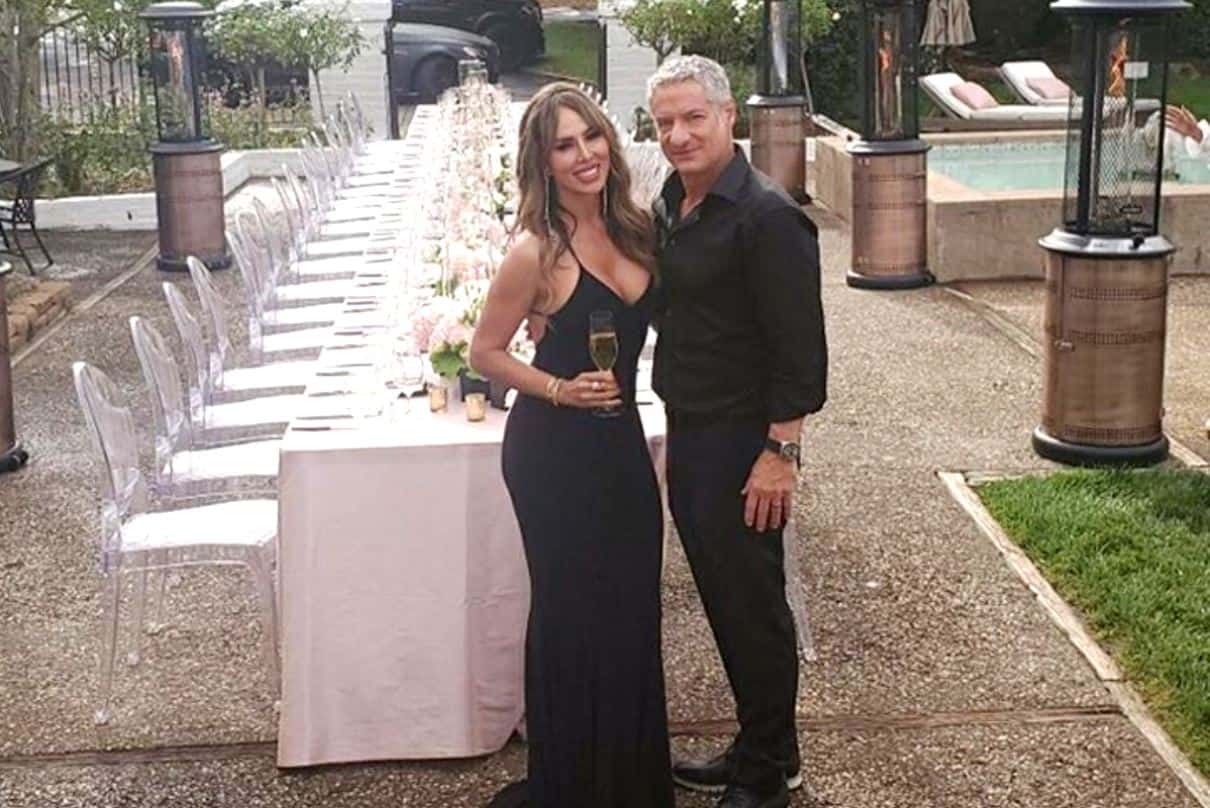 Kelly Dodd and Rick Leventhal tied the knot in Napa, California, on Saturday, October 10, and in the moments that followed, tons of photos were shared on social media.

As the photos of the Real Housewives of Orange County cast member’s event flooded the web, a number of fans noticed that Ramona Singer of The Real Housewives of New York City wasn’t included in the bash even though she was the one who introduced the couple last summer at a party in the Hamptons.

“Thanks for all who came to support our love .. I can’t wait to see all the beautiful photos!!” Kelly wrote with one of her new photos on Instagram, giving a nod to her photographer, Jeremy Fraser. “Simple, classy, Napa style, fun fun fun!!!”

Rick also shared a new photo on his Instagram page, which included his and Kelly’s daughters.

“Our beautiful new nuclear family! Terrific weekend… much love to our guests and special thanks to our Airbnb host Charlie,” Rick said to his fans and followers, adding that he and Kelly tied the knot at a “spectacular property” on a private vineyard in Kenwood. 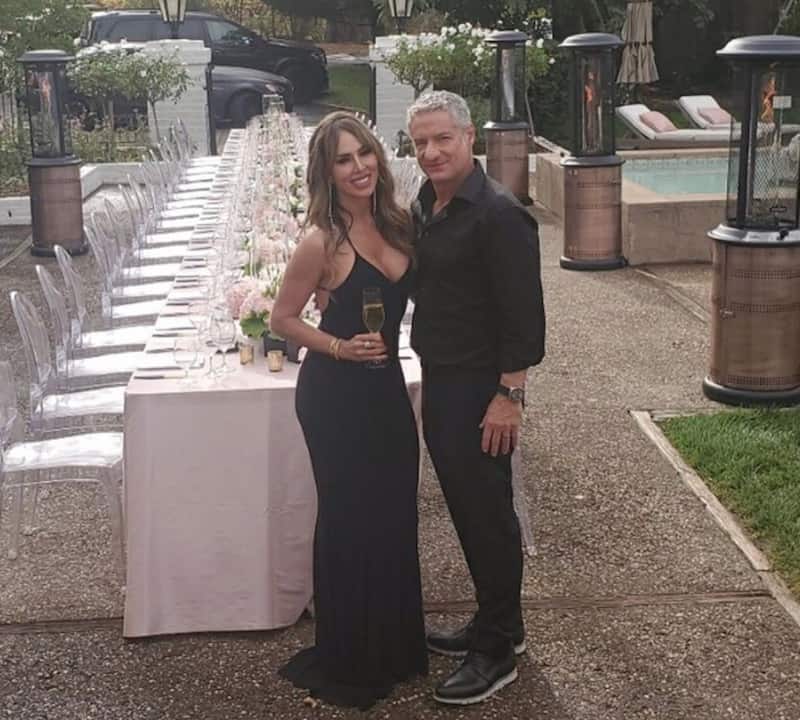 While Kelly has faced backlash for not wearing a mask at certain times over the past several months of the pandemic, she and Rick provided their wedding guests with a custom “Kelly and Rick” mask at their nuptials. 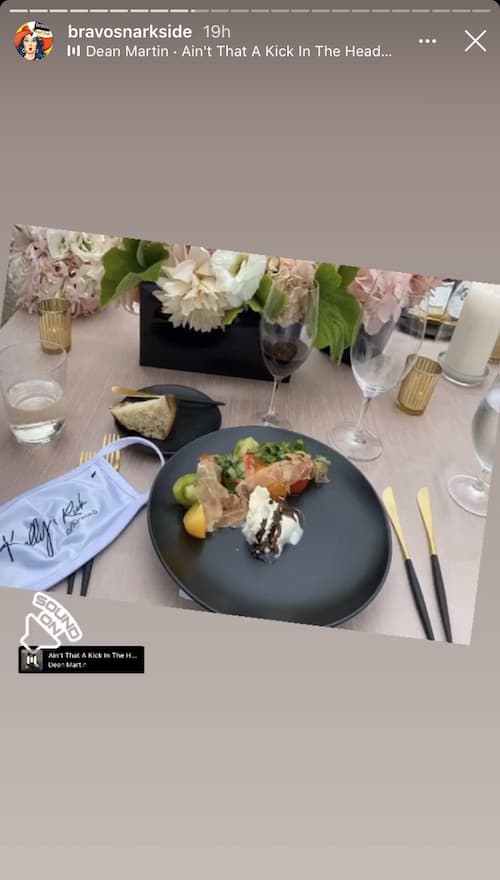 Below is a photo of Kelly’s wedding cake. 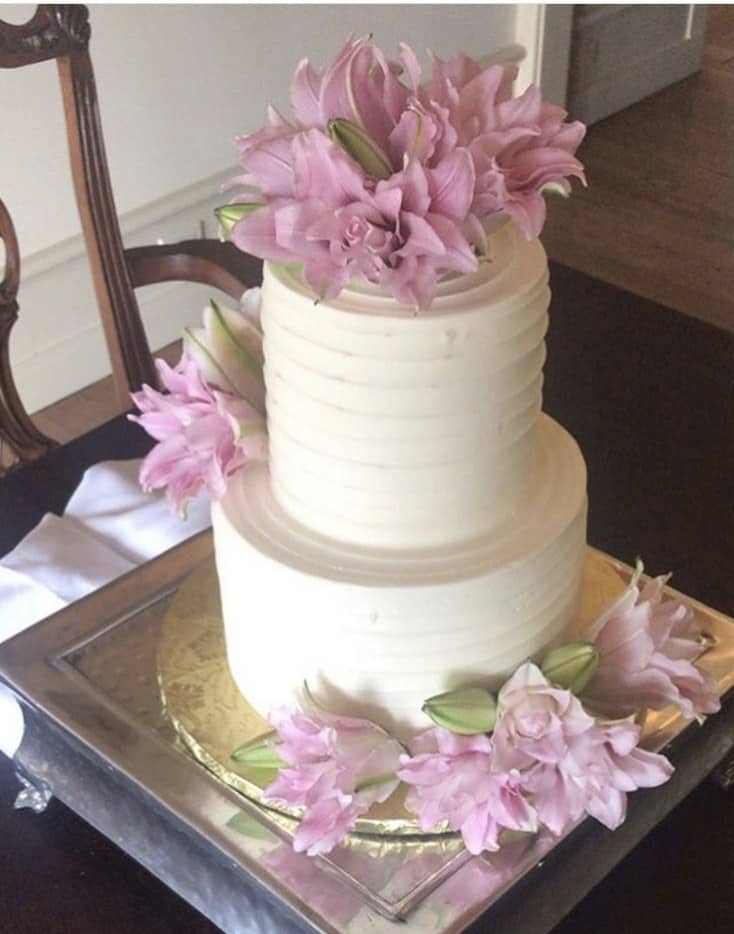 Kelly also shared a picture of herself and Rick at their rehearsal dinner.

Amid the sharing of the new images, fans approached Ramona about her absence.

“You weren’t invited to Kelly’s wedding after setting them up?!!!” a fan asked.

“Yes I was invited to [Kelly Dodd] wedding but not allowed to fly as we are filming season,” Ramona explained, giving a nod to the upcoming 13th season of RHONY.

When another fan then asked what flying has to do with the new episodes, Ramona explained that she would have had to quarantine for two weeks if she had attended the wedding.

“The policy of my production company is I would have to quarantine for [two] weeks even though we are allowed legally to go to California. I can’t miss [two] straight weeks of filming,” she shared. 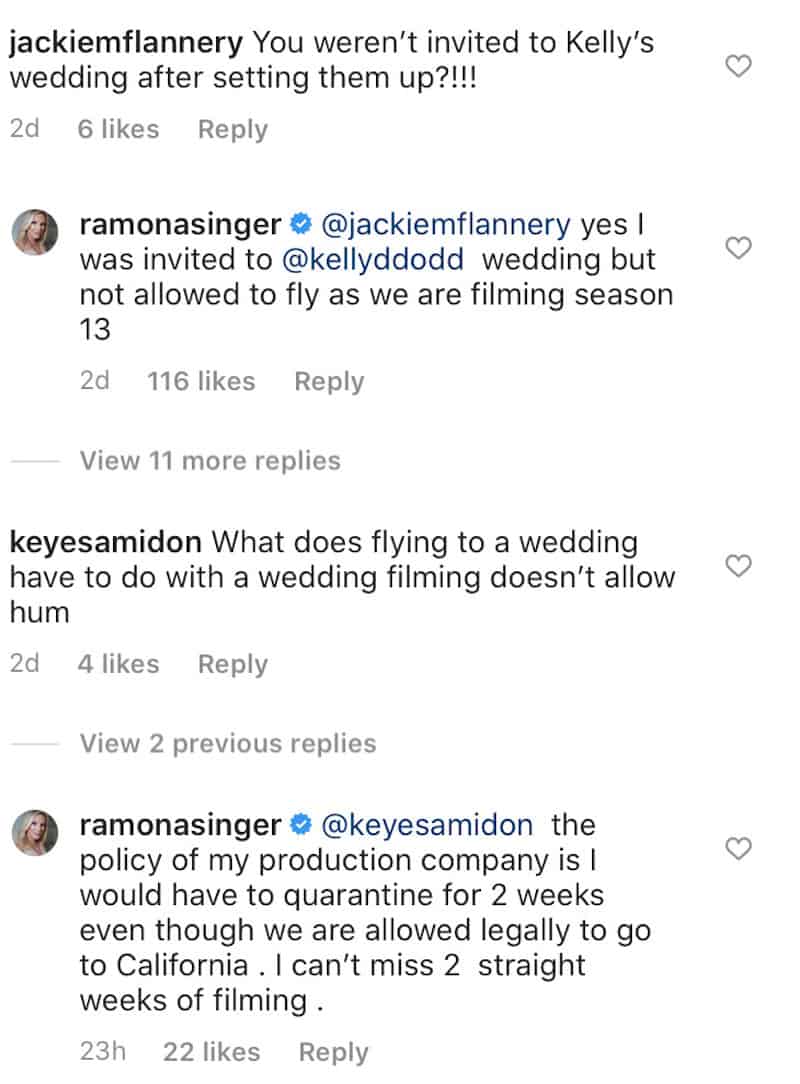 Although Ramona wasn’t able to celebrate with the couple in person, she did share a heartfelt message to them on her Instagram page along with a photo taken last year.

“Congratulations [Kelly Dodd] and [Rick Leventhal]!! You were made for each other! I wish I could have been there to celebrate! Love you both! So glad I introduced you to each other,” she wrote in the caption of her image.

The Real Housewives of Orange County season 15 premieres on Wednesday, October 14, at 10 p.m. on Bravo.

Relive the Magic of the Best Royal Weddings of All Time