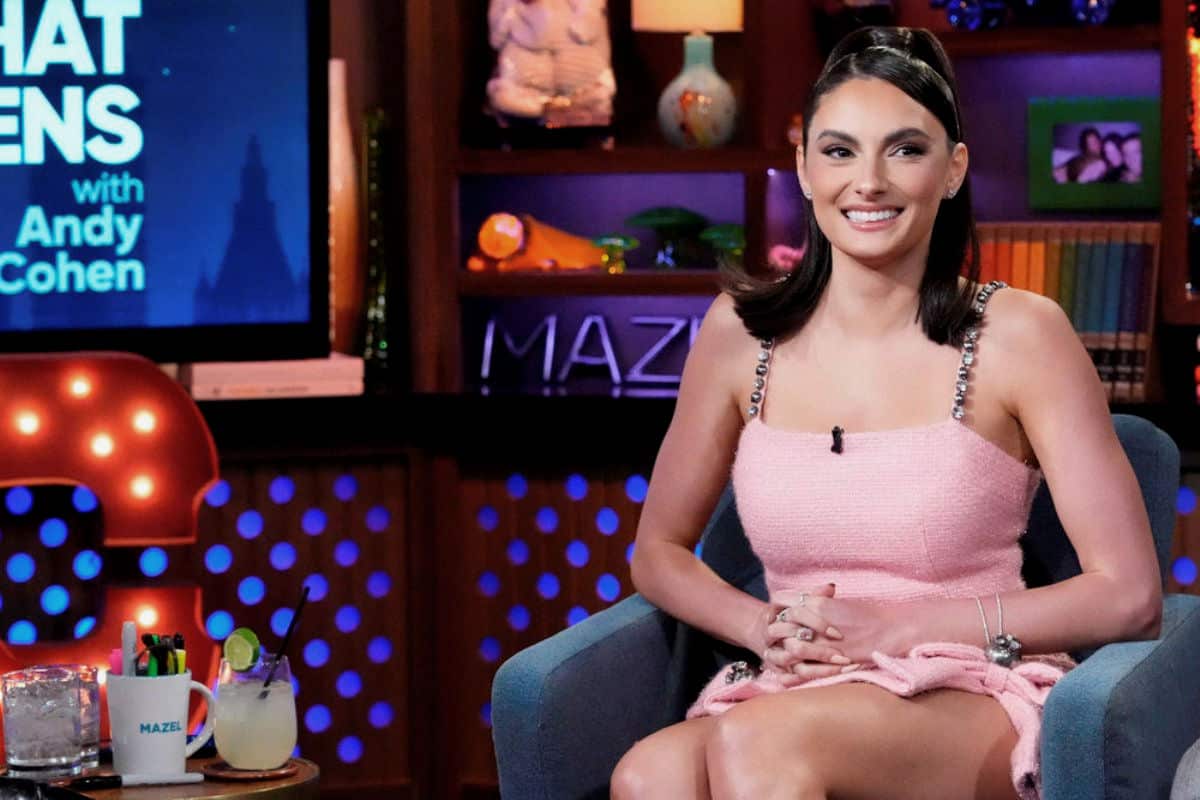 Paige DeSorbo reacted to a rumor suggesting Craig Conover hooked up with his ex-girlfriend, Naomie Olindo, in Las Vegas while appearing on Monday night’s Watch What Happens Live.

After host Andy Cohen read a question from a fan, who wanted to know if Paige suspected her Southern Charm boyfriend waited to commit because he was still involved with his former girlfriend, the Summer House cast member revealed how she felt when she first heard the claims.

“I’m going to be totally honest: If you’re gonna hook up with your ex-girlfriend, you should do it in Vegas. So when I heard those rumors I wasn’t that mad just because I was in New York doing whatever I wanted,” Paige explained on the May 2 episode of WWHL, noting that Craig “didn’t care about [her] rumors.”

Another fan wanted to know why she shamed Lindsay Hubbard amid her hot girl summer but claimed to understand her during the cast’s final dinner.

“I do understand her going through the summer, dating different guys. My shaming her was really about her not liking [Austen Kroll]… She brought someone else home and I just thought that was mean to [Ciara Miller],” Paige explained. “But I think she should do whoever she wants whenever she wants.”

As for who Lindsay wanted, she appeared torn between Austen and Carl Radke by the end of the season, even going as far as to say that she’d end up with one of the two of them.

“I think they’ve always had an interesting relationship. It really could have gone one of two ways. So yeah, I get it,” Paige said of Lindsay’s trajectory.

Because Lindsay and Carl had established such a close friendship as they filmed season six, Paige didn’t find it odd that the couple would stay in the same room without messing around, telling a caller, “They live in the same building. They’ve always hung out so I feel like a sleepover with nothing happening, that could have happened.”

As Lindsay and Carl ultimately went official after filming wrapped, so did Paige and Craig.

Later, on the WWHL: After Show, a fan asked Paige if she felt guilty about encouraging Ciara to speak her mind to Lindsay at Andrea Denver‘s dinner party, which ended with Ciara throwing a glass of wine at Danielle Olivera.

“Well I definitely didn’t anticipate a glass being thrown but I do not feel guilty encouraging Ciara to speak her mind, no,” she replied.

“Hannah, which is so crazy because she doesn’t really drink that much so it was like she’d been saving up for this her whole life. We had the best time,” Paige recalled, adding that she’s not in Hannah’s upcoming wedding because she’s “actually not having a wedding party.”

The two-part Summer House season six reunion begins airing next Monday, May 9, at 9/8c on Bravo.

An oral historical past of the unique, doomed crossover (Half 1)