‘RHOA’ Sheree Whitfield on Why Drew’s Life is a Fraud 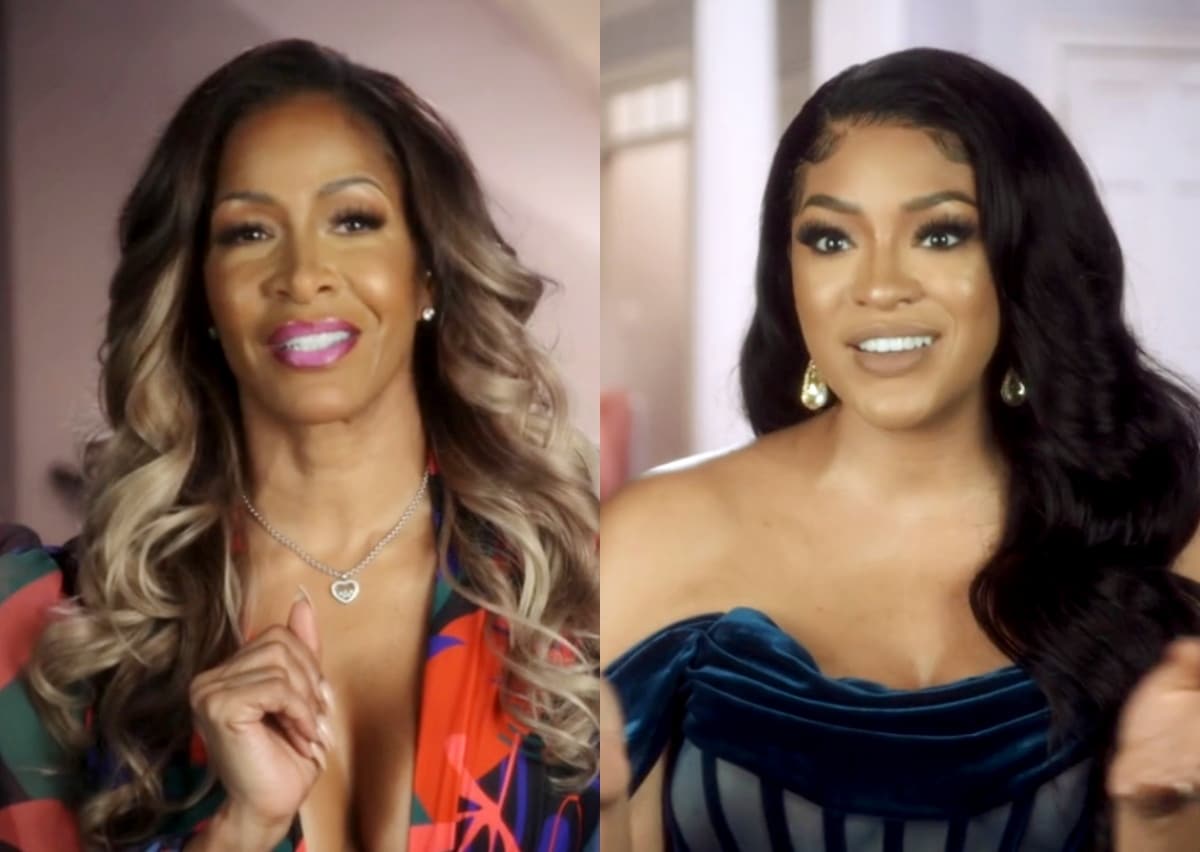 During a podcast appearance this week, the Real Housewives of Atlanta cast member slammed Drew for “pretending” as she revealed where she stands today with Kenya Moore and Kandi Burruss, revealed the most shocking aspects of season 14, and more.

“When Drew put that tweet out there, I was thinking, ‘Girl, I have so much information about what you, or what your husband is doing. So don’t go there, honey,’” Sheree recalled on the June 13 episode of the Behind the Velvet Rope With David Yontef podcast, giving a nod to Drew’s shady tweet about her “payroll.”

According to Sheree, Drew shouldn’t be concerned about her finances. After all, as Sheree believes, her “nine helpers” are all for show.

“When people come on camera, they want to pretend. You think she really still have a staff of nine right now when we’re not taping?” Sheree asked. “She’s a fake. She’s a fraud.”

Because she and Kandi have known one another for so long, she was disappointed to see her talking behind her back instead of coming to her directly with the rumors she heard about her finances.

“We all hear things about each other… [But] she apologized and I accept her apology. But originally, originally, yes, I was heated at Kandi,” Sheree admitted.

Although Sheree experienced plenty of drama when she rejoined the RHOA cast, she said she was pleasantly surprised by Kenya.

“Since she had Brooklyn, I’ve seen a different side of her, a softer side, a more relatable side. And I like it,” Sheree noted. “She’s fun. She loves to laugh. Who knew?”

Regarding the 14th season’s cast, Sheree said she always believed Marlo Hampton deserved a peach “because she’s definitely put in the work” before noting the major difference between the current ladies and the OGs of the series.

“The OGs, I mean, even though we may know a lot of information about the other, we didn’t really put it on national TV. These girls they’re in the gutter. They are low, low, low, low,” she explained. “They’re cutting to the white meat.”

One example of cutting to the white meat, according to Sheree, was when Drew hit her “below the belt” amid their feud earlier this season. As she recalled, Drew got “really loud” and wouldn’t let her talk or get her point across — even though she had plenty to say about her and her marriage to Ralph Pittman Jr.

“[Anthony] told me so much stuff about you and your husband and your personal business, but… I would never repeat what he said. Unless I know it to be a thing,” Sheree reasoned. “She keeps going, going, going, going, going, and she would not let it die. So then it finally, you know, finally comes out and she runs with it for the rest of the season.”

“I guess she has nothing else,” she added.

As for her drama with Tyrone Gilliams and the claims that he couldn’t film because it would violate his parole, Sheree said she knew nothing of the supposed legal ramification.

“The part about the probation, that’s something that he and I never talked about. I was under the impression that he was good as long as he was in a house by 9:00 p.m. And that’s what he always, always told me,” Sheree shared. “He never told me there was an issue with anything. So that’s what was a little shocking to me.”

As for where their relationship stands today, Sheree said she couldn’t say much because it hasn’t yet been shown.

Sheree also denied that she set up the scene in which Tyrone stood her up, asking, “How do I benefit from that?”

“That was really hurtful for me. But yeah, you’ll see that scene coming up… Hopefully they’ll show a little more, you know, coming up. But it was a lot that they’ve cut out,” Sheree noted. “We were literally on the phone on FaceTime every time I taped. But you don’t see that.”

In addition to being surprised at how “low” her castmates went amid the 14th season, Sheree said that nothing was more shocking than Kenya’s newfound “good vibes.”

“She’s not exuding the negative energy. She’s positive… And let me tell you… She’s been as consistent on camera as she has been off-camera and that means a lot,” Sheree stated.

When Sheree was then asked if she felt pressure returning to the show on the heels of Porsha Williams and Cynthia Bailey‘s exits, she denied that was the case, saying, “We were in talks way before those announcements ever came up.”

“I feel… bad that she felt like… those were her experiences and I wish her well,” Sheree stated, also noting that when it came to Nene’s mention of Kim Zolciak and her supposed racist remarks, she didn’t experience the same.

As for She by Sheree, Sheree teased a launch date.

“It’s a product now. And the launch is coming soon… Look for it around the season finale,” she hinted.