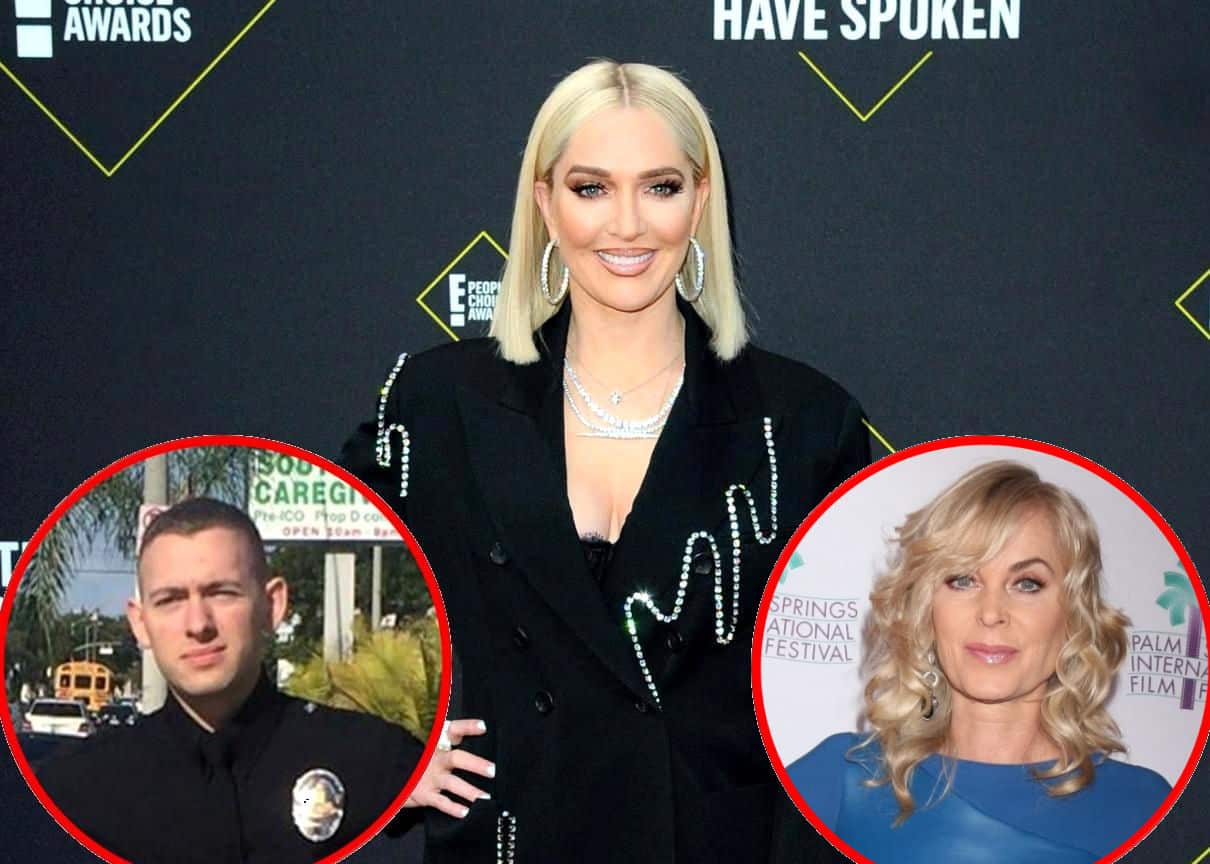 Where does Erika Jayne stand with her first ex-husband, Thomas Zizzo, the father of her 29-year-old son Tommy Zizzo?

During a recent interview, the Real Housewives of Beverly Hills cast member reflected on the support she’s received from those closest to her amid her legal drama with estranged husband Thomas Girardi, noting that when it comes to her relationship with first hubby Thomas, fans may be surprised to learn that the two of them are “pretty tight.”

“Yes, actually I am. He’s very supportive, honestly, throughout this entire process. Yes, and my mom is close to him and his mother. People don’t understand this but we’re actually pretty tight. They have  been very supportive of me, and I’m very grateful,” she told The Daily Dish.

According to Erika, she’s doing her best to pick up the pieces of her life and move forward. But, when it comes to her day-to-day life, she has “good days” and bad days.”

“That’s really my journey,” she explained. “I wish that none of this was happening, to be perfectly honest, none of it, but it is.”

Luckily, through her ups and downs, Erika has had plenty of support from her family, which she says is the “silver lining” of it all.

“My son’s been amazing and I will say this: The silver lining to all this sh-t is that our relationship is stronger. My son and I, we’ve really come together and it’s nice to… He’ll be 30 in June… And so asking him what he thinks about things, you get this adult perspective and it’s really nice,” she shared.

Erika has also received plenty of love and support from her RHOBH castmates and said that “support is built, like friendship, over time.”

“So the more time you spend with people, the longer you have known them, you’re a little bit more supportive,” she continued.

As for her relationship with former co-star Eileen Davidson, Erika said she hasn’t checked in with Eileen “in a while.”

“I see her on Instagram. I miss Eileen and I should check in with Eileen,” she noted.

Also during the interview, Erika admitted that while she may not be ready to date someone, she does want to have fun amid her divorce.

“I would just like to have a nice time. I love intelligence. I love somebody with a sense of humor and someone who likes to travel and have fun,” she revealed.

Kal-El Is Returning to Earth

Kal-El Is Returning to Earth