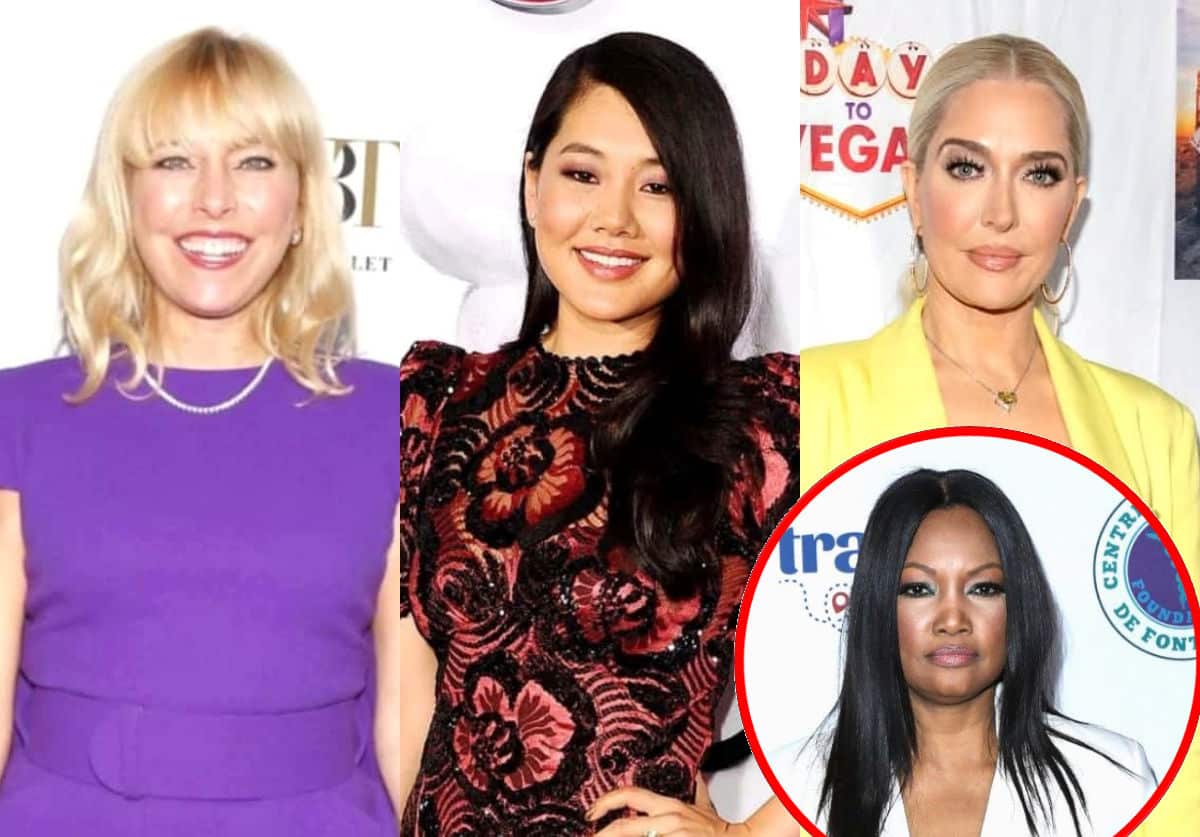 After learning that their Real Housewives of Beverly Hills castmate had thrown co-star Garcelle Beauvais‘ new book in the trash in retaliation for Garcelle using a tense moment between them to promote the publication, the ladies are shading her antics as Sutton also opens up about why Lisa Rinna didn’t get an invite to one of her recent events and more.

“I did not like that,” Sutton told E! News of Erika’s garbage video at the launch of her new SUTTON cashmere line on May 3. “I think that when a cast member works really hard on something in their personal life, and they share it with all the cast members, to throw something in the trash, it’s ridiculously disrespectful.”

“Sometimes things are unnecessary, and that was one of them,” Crystal agreed. “I think we all should just support each other and, I don’t know. It’s never easy to walk out with your friends.”

While Crystal didn’t appreciate Erika’s behavior, she suggested that the two of them are in a good place currently.

“I get along with everyone on the show,” Crystal said. “I think that’s pretty rare.”

As Crystal remains on good terms with the cast, not everyone was included in Sutton’s event on Tuesday (only Crystal and Garcelle were present). And according to Sutton, Lisa’s absence wasn’t necessarily due to their ongoing drama.

“Lisa and I have this weird relationship where I actually, really love her,” Sutton admitted. “But, I want to hate her. But I can’t do it. But that’s not why I didn’t invite her. Really, this was supposed to be very, very small, that’s all. This is not supposed to be a big event.”

Although some suspected that Sutton’s guest list was an indicator of the alliances of season 12, Garcelle shot down the idea.

“It doesn’t indicate anything except that Crystal and I really care about Sutton,” she explained. “The thing I always say, we don’t get enough credit for being women of a certain age. You know, looking amazing and also running businesses. So anytime I can support that, I do.”

Also during the interview, Sutton said she’ll be seen going through “another learning curve” on the new episode and confirmed her son filmed scenes for the show.