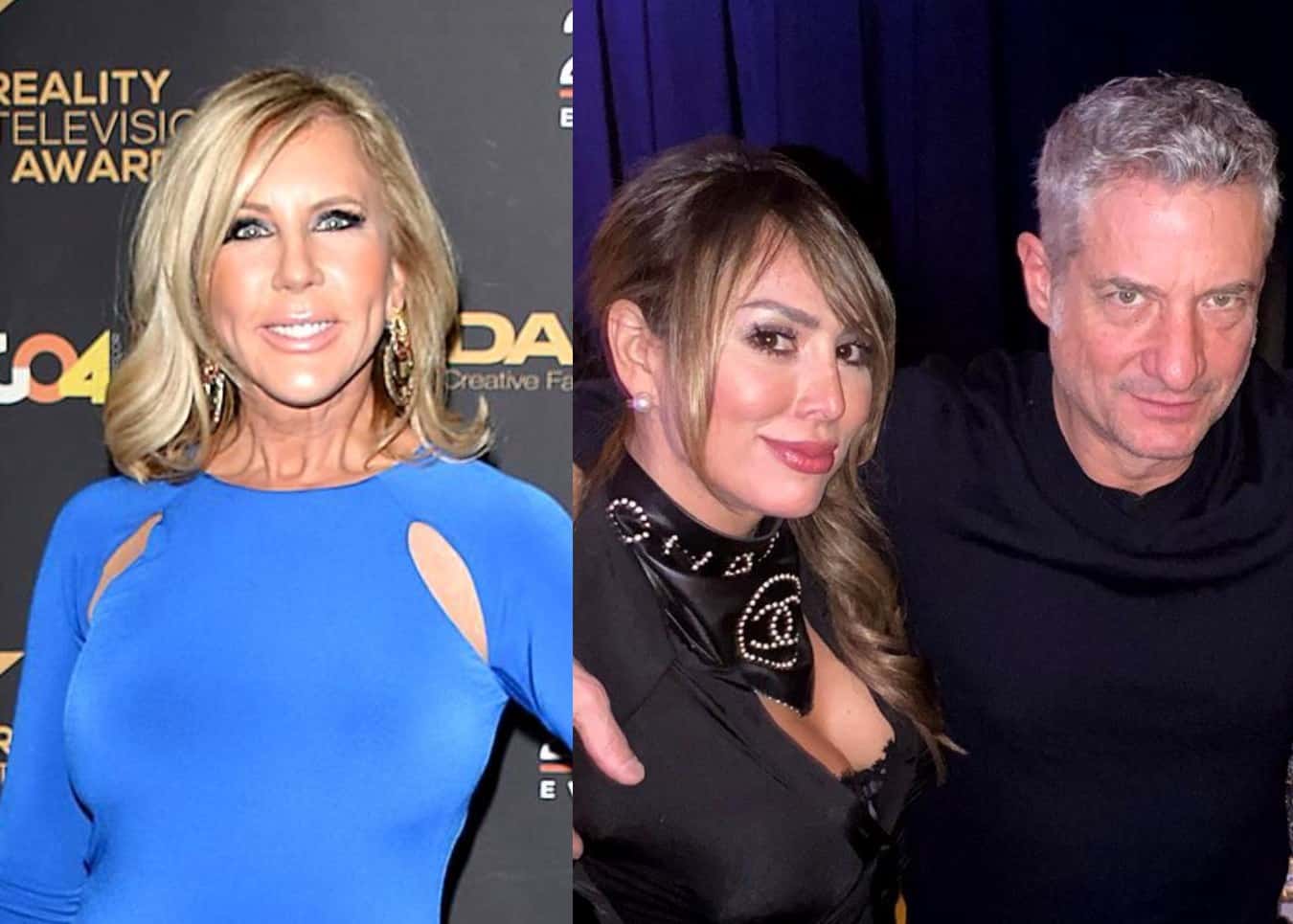 Vicki Gunvalson is unleashing on Kelly Dodd after seeing that the Real Housewives of Orange County cast member slammed her as a “pig” with a “gross, funky body” in a recent Instagram post.

Days after Kelly wed Rick Leventhal in Napa, California, Vicki hurled a number of insults in her direction before claiming Shannon Beador attempted to have her fired before their February reconciliation and suggesting Kelly’s marriage to Rick won’t last any longer than that of Meghan King Edmonds and Jim Edmonds.

In a statement to CELEB magazine, Vicki said, “While I’ve addressed the gold-digging harlot known as Kelly Dodd before, it seems like she wants to rumble with the Queen.”

“She’s calling me a pig as she knows this is something that offended me in the past and ridiculously childish, so I’m going to take ownership of the term and throw it back at her,” Vicki continued. “Kelly Dodd is the true meaning of a pig and here’s why- she thinks she’s above the law, she mocks people dying of the coronavirus pandemic, she wore a ‘Drunk Wives Matter’ hat at a time when people are out advocating for Black Lives Matter- which, whether she agrees or not, completely mocks the movement.”

As RHOC fans may have seen, Kelly faced major backslash after showing off a “Drunk Wives Matter” hat at her bridal shower.

While Vicki and Kelly had their moments of friendship on RHOC, Vicki decided to cut ties permanently with her ex-co-star because she was too unpredictable.

“Kelly Dodd is a vile human being,” she added.

Vicki then said that when it comes to Kelly’s new role as a wife, she isn’t convinced, by any means, that her marriage to Rick will stick.

“Let’s see how long this marriage to her new husband lasts. It seems men get tired of her antics really quickly, and who could blame them?” Vicki wondered. “She is unstable, mean, and a danger both to her [cast mates] and society.”

Although Kelly and Shannon are currently friends, Vicki claims Shannon tried several times to get her booted from RHOC.

“Let’s not forget that Shannon- who now claims they’re BFFS- advocated many times to try to get Kelly fired and for us not to film with her. Of course, Shannon will deny that now and claim they made up, but no one is a friend to Kelly Dodd. The only friend to Kelly Dodd is Kelly Dodd,” Vicki stated.

Vicki then shared messages for both Kelly and Rick, telling Kelly, “You are gross, sleazy, and I want no part of you,” before giving a nod to her accurate prediction regarding the demise of Meghan and Jim’s marriage.

“Good luck, Rick. Call me in five years,” she advised.