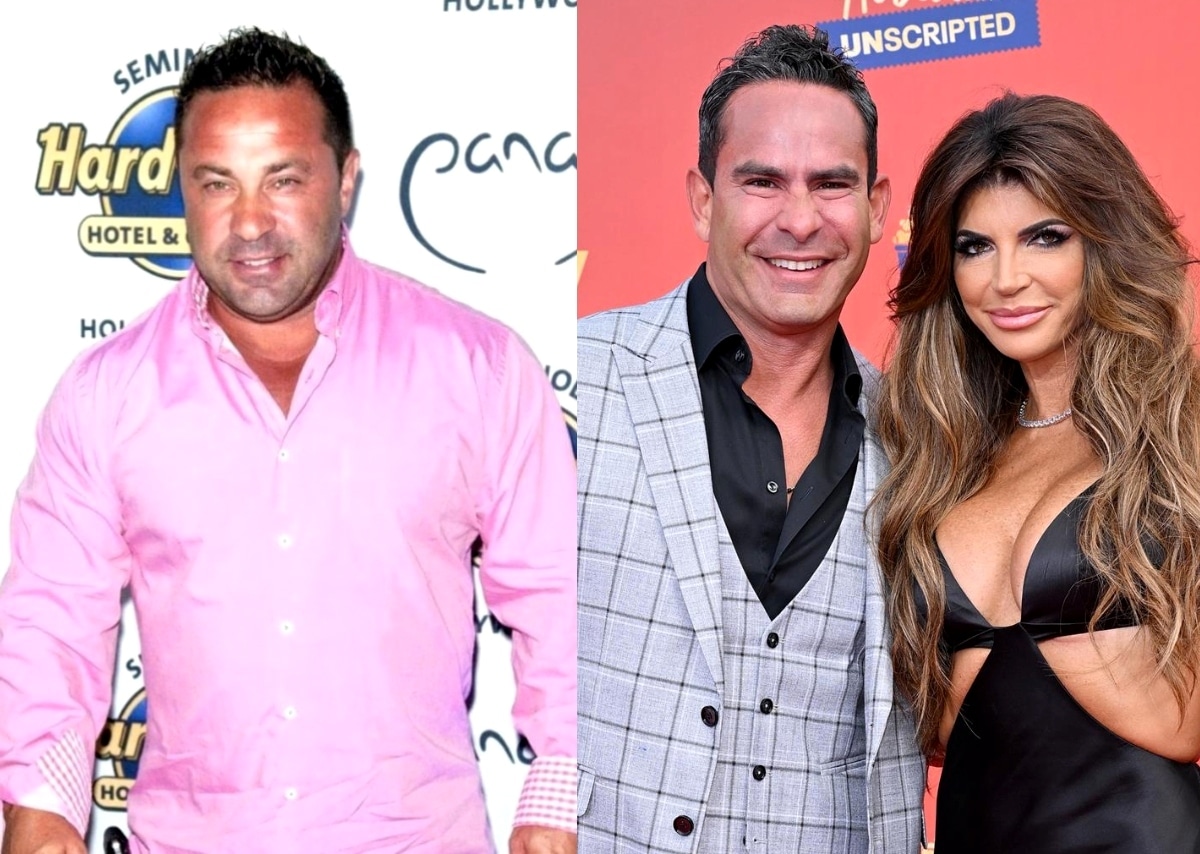 Teresa Giudice shared a photo of herself celebrating her recent 50th birthday with her future sisters-in-law, and in doing so, she caught the attention of her ex-husband, Joe Giudice.

After the Real Housewives of New Jersey cast member posted an image of herself in an orange dress with Dr. Veronica Ruelas and Jennifer Ruelas at her side, Joe, seemingly struck by the first-named sister, posted a comment to Teresa in which he asked about her relationship status.

“Thank you to my beautiful sisters in love for always giving me a reason to smile,” Teresa had written in the caption of her June 7 photo.

And, in the comments section, Joe asked, “Is the tall one married?” 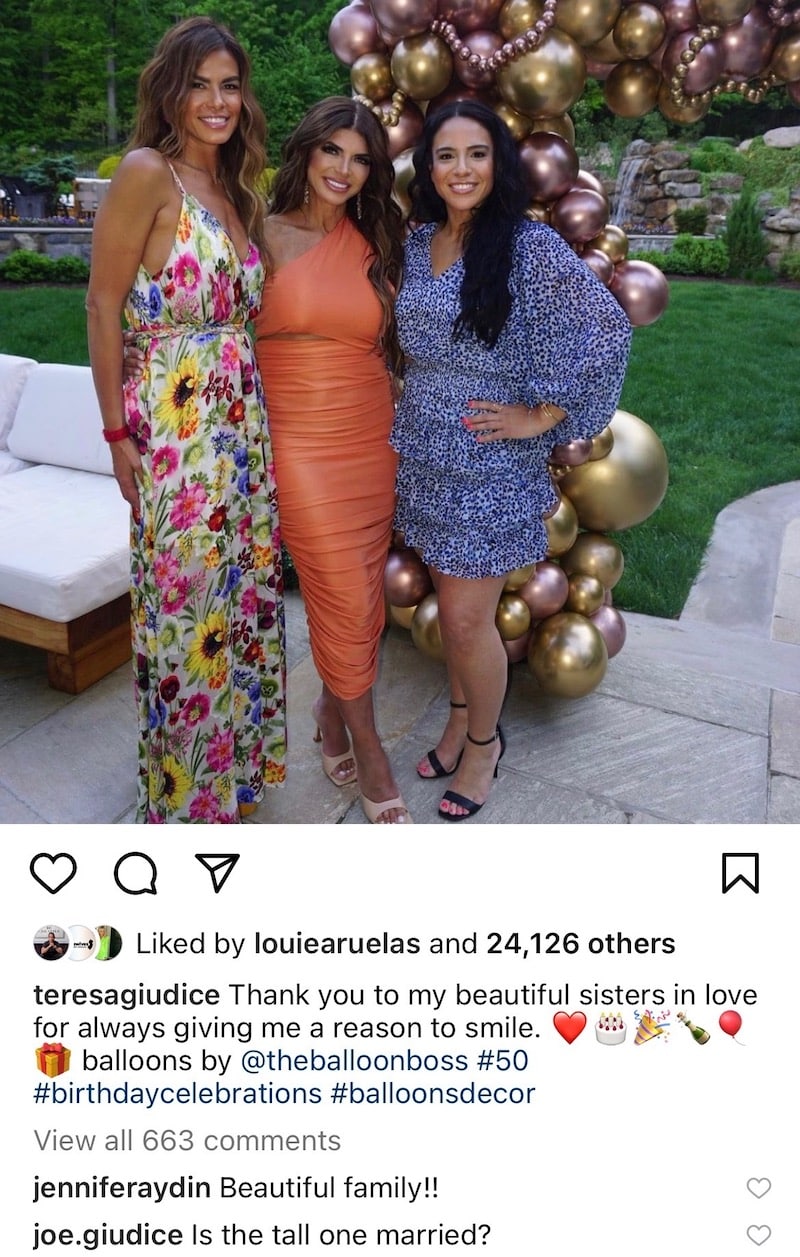 While Teresa didn’t respond to Joe’s inquiry, a number of fans did.

“He cracks me up this guy,” one person noted.

“Joe you wild for that one !!” said another.

“You still got it Joe,” added a third, as someone else wrote, “LMAOOOOO JOE.”

In other RHONJ news, Luis has reportedly agreed to shell out $20,000 to settle a federal lawsuit filed against him and his company, Produce Depot, of which he owns 60 percent.

According to court documents obtained by Heavy, Luis and the company, which is co-owned by Luis’ business partner, Gaetano “Guy” Balzano, who has a 20 percent stake, had been accused of failing to pay vendors for orders placed in 2020. And now, as they reach a settlement, Luis has agreed to pay $20,000 to C.H. Robinson as Produce Depot will be left to pay the remainder of their $120,000 debt to Prometo Produce Corp.

As fans may have heard, Luis’ company filed for bankruptcy earlier this year, noting in court documents that they were facing debts totaling $1.6 million and were in the red to the tune of over $878,000 in 2020.

Luis and Produce Depot do not want to take on any liability amid the settlement, and they are no longer in business, but a bankruptcy judge has yet to approve of the settlements.

A hearing for the case was held on May 26, and an additional hearing will take place on July 1, 2022.

The Real Housewives of New Jersey season 13 is currently in production and expected to capture footage of Teresa and Luis’ wedding this August.