‘RHONJ’ Star Melissa Gorga on Moment She Gave Up on Teresa 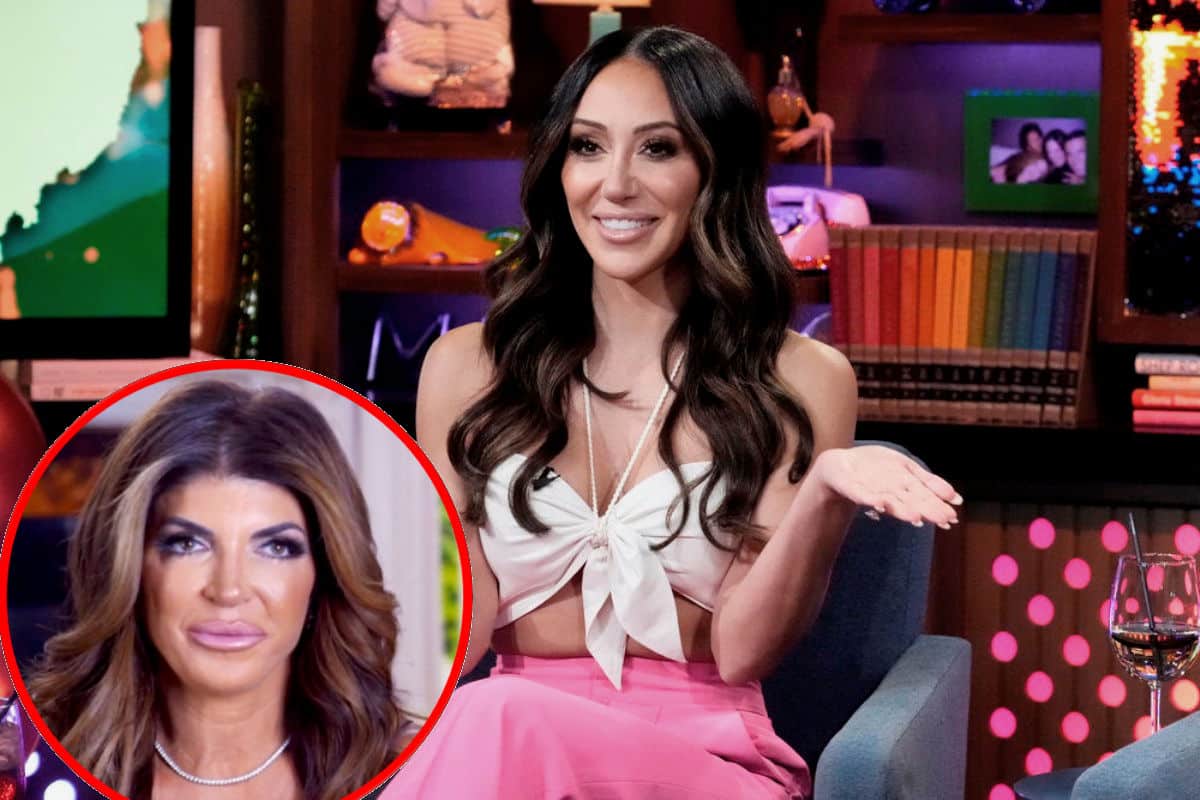 Melissa Gorga is revealing the moment that led her to stop trying to have a relationship with sister-in-law Teresa Giudice.

Following a drama-filled 12th season of The Real Housewives of New Jersey, Melissa said that despite the many tiffs she and husband Joe Gorga dealt with from Teresa on RHONJ, it was actually a moment seen on another show, the Real Housewives: Ultimate Girls Trip, that led her to give up on a future friendship.

Looking back at their time together on the debut season of RHUGT, which filmed in Turks and Caicos last spring and included a number of racy moments, courtesy of Luann de Lesseps (“I saw Luann’s vagina like seven times on the Ultimate Girls Trip — and it’s beautiful,” Melissa shared), Melissa said that she was taken aback by Teresa’s reaction to her positive outlook on their trip.

“I remember looking at her and genuinely saying, ‘This is exciting that we get to do this together and this is something fun. We’ll have these memories that we did something fun for when we get older.’ [And] she kind of just rolled her eyes and looked at me. Between that and watching the season, I just feel like I tried and I’m good,” Melissa revealed on the May 16 episode of Betches’ Mention It All podcast. “I always put my best foot forward and I want to have a good relationship with her, but that was another thing I watched and thought, ‘I feel like I give up.’”

While Melissa and Teresa’s children are cousins, she said she feels “no guilt” about her decision to distance herself from Joe’s sister.

“I truly feel like I have hit every avenue — I have no guilt. So, finally I do feel a little free,” she admitted. “I tried really hard and I know that I tried hard — for my in-laws and for Joe. They are not here anymore and now it is really for Joe — it is sad to see him not have family.”

Moving forward, Melissa said she doesn’t need to continue her feud with Teresa on RHONJ.

“We are all as a cast, sick of it… I don’t care if we never talk about it again,” she confirmed.

And while some believe it’s Melissa who’s the villain, due to her joining of the cast amid season three, she deemed the concept “crazy” and said Teresa was the one who “planted” the story.

“Everyone at Bravo says [to Teresa], ‘You’re not allowed to say that anymore.’ We are so past that. I’ve been on the show since season three – and in season one they only did six episodes – so I’m not that many episodes behind whatever she has done,” Melissa pointed out. “It’s insane! Of course, she was here first and I get that, but I feel like the only villain aspect I will get is, ‘She came on the show behind my back’ because she planted it.”

Although no official announcements have been made in regard to the season 13 cast, Melissa said she’s always down for “new people” but feels it’s “impossible” to cast non-fans.

“My hope for anyone new coming onto the show — it’s very hard to cast anyone who is not a fan. It’s impossible… Because they have a side before they even come on,” she explained.

At the end of the 12th season, fans watched as Jennifer Aydin and Dolores Catania got into a heated argument at the reunion, which ultimately ended their friendship. And after experiencing the feud between them, Melissa admitted to being surprised, mainly by Dolores.

“[Dolores] is very ‘Switzerland’ most of the time – she just doesn’t do that. In all the years we’ve seen her on the show, we’ve never seen her completely turn on someone, even when she totally has every right to,” Melissa noted.

“Every reunion, she says things that she didn’t say all season long and didn’t bother her. In her brain she sits down on the couch and she auditions for next year,” Melissa suspected. “I always say [Jennifer] pops an Adderall, she sits down, she studied all night the night before, she prints her sh-t out.”

The Real Housewives of New Jersey season 12 reunion concludes tonight, May 17, at 8/7c on Bravo.

Every thing You Must Know About Fables

Angel Breaker And Black Canary Have A Hidden Historical past (Spoilers)

Angel Breaker And Black Canary Have A Hidden Historical past (Spoilers)