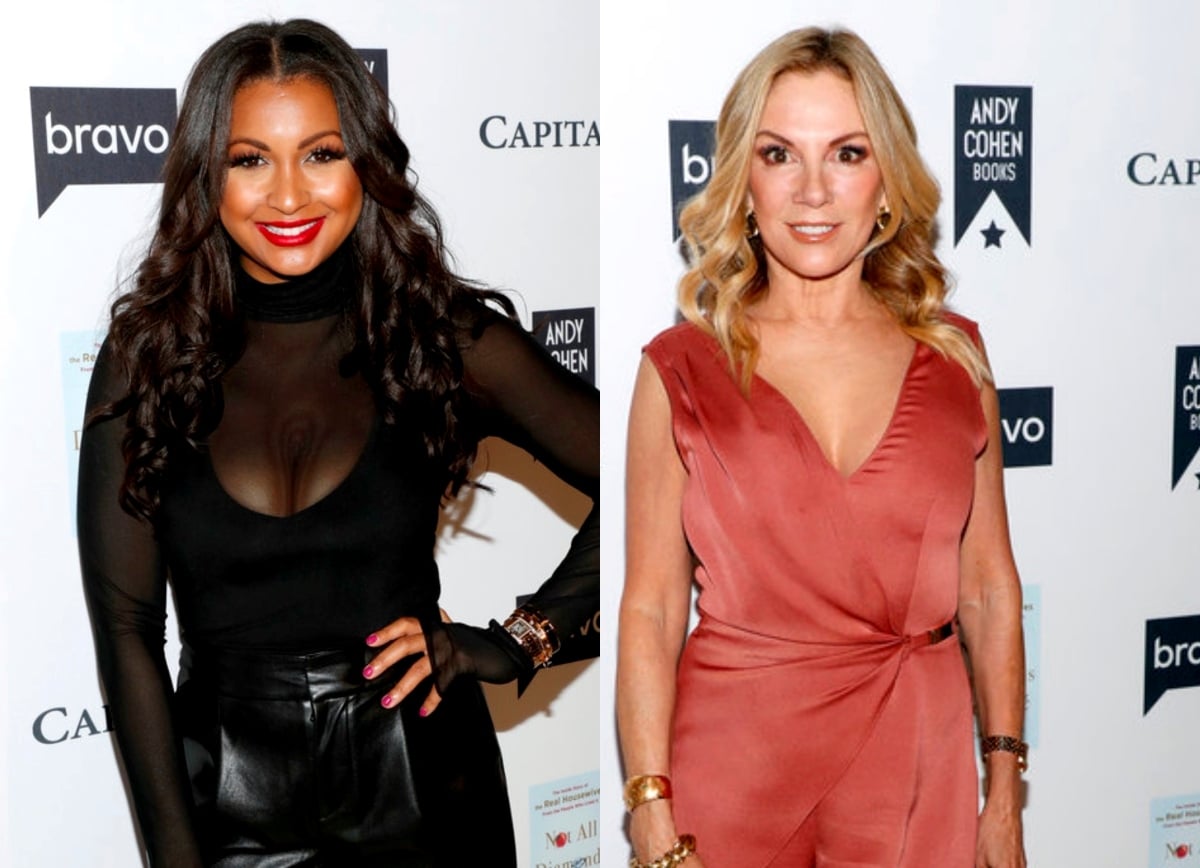 Eboni K. Williams and Ramona Singer are back on good terms.

Months after she reportedly filed a complaint against her Real Housewives of New York City co-star due to an alleged “racially insensitive” statement she made amid production on the poorly-rated 13th season, Eboni confirmed she and Ramona had a “nice chat” and look forward to seeing each other again soon.

While attending an Alice + Olivia event on June 15, Eboni told The Sun that Ramona had called her “about a month ago” after she returned to the States following a trip to Rwanda to catch up. And, after their “nice chat,” Eboni wrapped up the call by telling Ramona she’d “see her in the Hamptons this summer.”

Although it is not yet known who will star in the upcoming RHONY: Legacy series, which Andy Cohen confirmed weeks ago, Eboni said she’s “really open-minded, trusts the process, and trusts the fabulous executives at Bravo.”

“Stand by and stay tuned. They are working diligently on what [the new RHONY cast] looks like,” she teased. “They are really curating a multi-cultural existing group of friends.”

As for where she stands with Sonja Morgan, Eboni said her castmate has continued to be her ally throughout the recent changes that have come to RHONY.

“I talked to Sonja Morgan a couple of weeks ago, so I just saw her comedy tour,” Eboni confirmed, noting that the two of them may be collaborating on a future project.

As RHONY fans may recall, Ramona was accused of making a “racially insensitive” comment at the end of season 13 that resulted in a third-party investigation by Bravo that seemed to derail the cast’s reunion, which was canceled last September.

However, while it was alleged that Ramona had said, “This is why we shouldn’t have Black people on the show,” amid tension with Eboni, who was brought to the showing in 2020  as the series’ first Black cast member, Ramona claimed she “never said that.”

“It’s very disappointing that even after my name was cleared that people still want to slander me,” she said in a statement.

Following the alleged incident, Ramona and her castmates were believed to have undergone sensitivity training and other related programs to ensure a similar incident would not arise. Still, Eboni was reportedly “dissatisfied” with the results of the investigation, which cleared Ramona’s name from being tied to the racially-charged comment she was accused of stating.