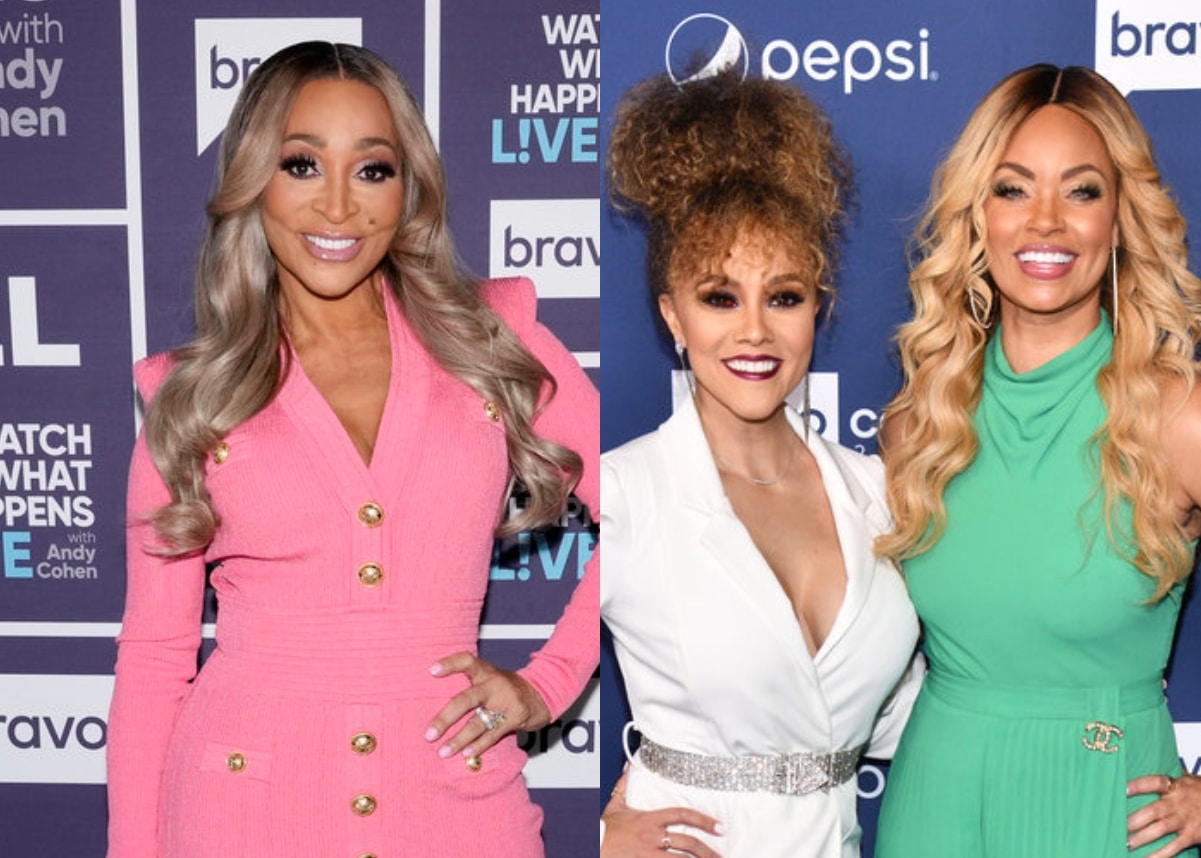 Karen Huger and Gizelle Bryant are speaking out about the recent news of Ashley Darby‘s separation from her husband of nearly eight years, Michael Darby.

Just over a month after Ashley confirmed she and Michael were parting ways, her Real Housewives of Potomac co-stars reacted to the news as Gizelle also addressed the recent claims surrounding her relationship with Cynthia Bailey‘s ex-husband, Peter Thomas.

“I just want Ashley to be happy,” Karen told The Daily Dish at last week’s NBCUniversal Upfront. “And yes, I’ve given her advice.”

Taking note of the many positive messages and happy selfies Ashley has shared since splitting from her controversial spouse, who was spotted with a mystery woman just weeks prior, Gizelle said Ashley is “looking good.”

“Ashley’s looking good these days. She seems very happy, so we’re happy for her,” she noted.

In a statement shared in April, Ashley, who shares sons Dean and Dylan with Michael, said that there was “no one reason” for their breakup.

“We are aware that there will be many speculative views as to why we have made this decision. People will be quick to assume that the causes were too much intrusion by reality TV into the most personal parts of our lives, age gap issues, cultural problems, or child-rearing differences. Pieces of all these may have affected our pure love for each other, but no one reason is the root cause of our mutual decision to go our separate ways,” she said. “We are now both at very different stages in our lives and have different goals for our futures. We both want the other to achieve true happiness and fulfillment and feel that we cannot do this together.”

In other RHOP news, Gizelle offered what she deemed as a “public service announcement” to listeners of her and Robyn Dixon‘s podcast, Reasonably Shady, on May 16.

As revealed by Showbiz Cheat Sheet, Gizelle insisted that she and Peter were not dating on a number of accounts, saying “rumors are rumors,” and noting that she no longer takes anything she sees online seriously.

Gizelle also said that when it comes to rumors, if photographic evidence isn’t available, they should be taken with a grain of salt.

The Real Housewives of Potomac season seven is currently in production and expected to premiere on Bravo sometime later this year.

RHOBH’s Teddi and Erika React to Being a Trending Topic

RHOBH's Teddi and Erika React to Being a Trending Topic