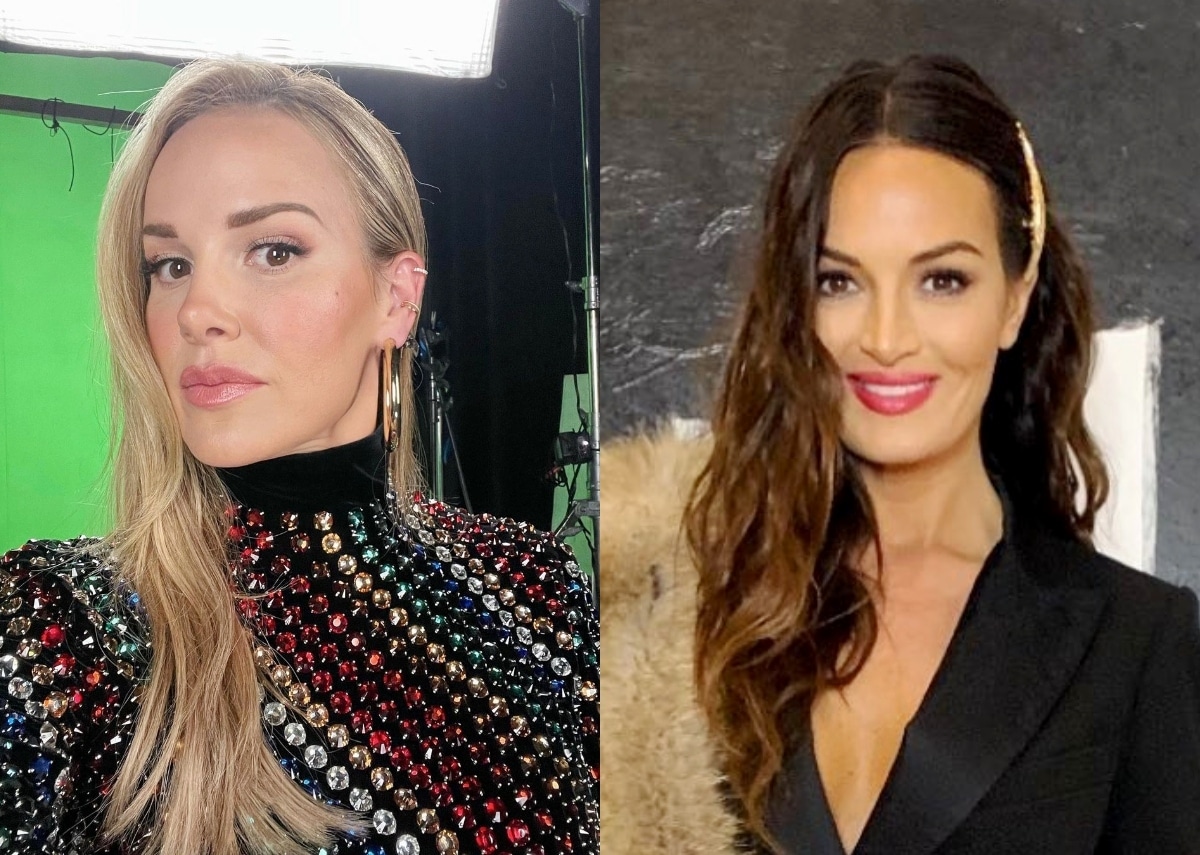 Angie Harrington is offering an update on her relationship with Lisa Barlow.

Following weeks of drama on The Real Housewives of Salt Lake City over whether or not Lisa ruined Angie’s LGBTQ+ event by canceling her caterer in an effort to get revenge on her suddenly tight-knit friendship with Whitney Rose (who she learned is her cousin), Angie spoke out on her Instagram Story.

During an “Ask [Me] Anything ” session on October 22, a fan asked Angie about the “last time [she] spoke with Lisa.”

“It’s been a while… Fare thee well,” Angie replied, signaling that there is no love lost between them. 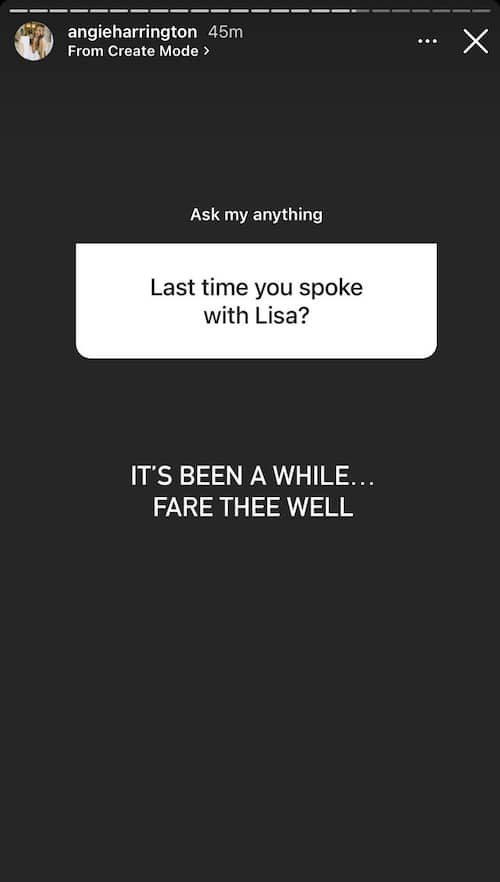 “Why did you lie about Lisa?” another person asked, suggesting Angie had falsely accused Lisa of sabotaging her party.

“Different POVs don’t = a lie. I still don’t know what I ‘lied’ about,” Angie replied. “I asked questions and given the timeline of events (a lot of you didn’t see) I would [100 percent] do it again. I tried to handle it as calmly and respectfully as I could. There are text messages and phone calls, that were left out. I don’t want to make it worse for anyone which is why I haven’t said more or ‘defended myself.’ I am an honest person and if you don’t believe that, I’m ok with it.” 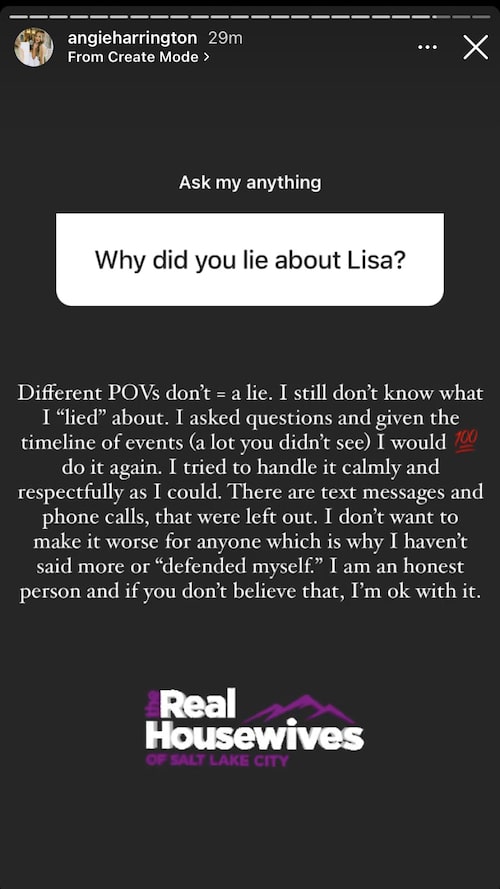 Following the “Caterergate” episode, the caterer in charge of Angie’s event leaked a series of text messages that seemed to vindicate Lisa, as well as a personal message to RHOSLC viewers.

“We chose not to do Angie’s event ultimately as a business decision… The truth is she asked us to do it for FREE for advertising since it was going to be filmed,” the caterer, named Aubrey Niccoli, wrote. “I cannot say this enough… Lisa did NOT tell us to not do Angie’s event. Never happened and she never would do something like that. Let it be known Angie is the liar and the one sabotaging our name our business and Lisa.”

Another person on her Instagram Story asked Angie about how she’s been holding up about the drama of the show.

“I appreciate you asking. It was really hard (this show isn’t easy). But I still stand by my feelings. My friends have been so wonderful and supportive. You learn who they are fast!” Angie replied. 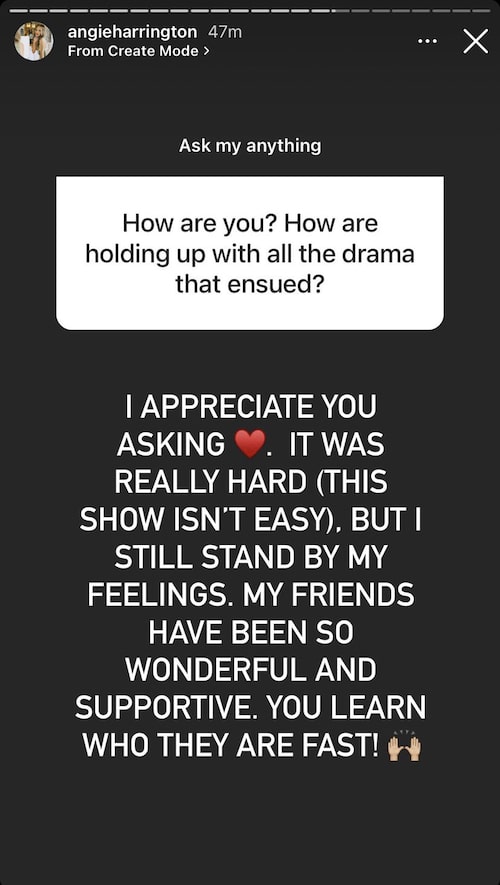 “Would you join [RHOSLC season three] full-time if the opportunity comes?” someone else wondered.

“That’s always up to [Bravo] (and my sanity) I’m just extremely grateful for the opportunity we had to share a great cause on a huge platform,” Angie admitted. 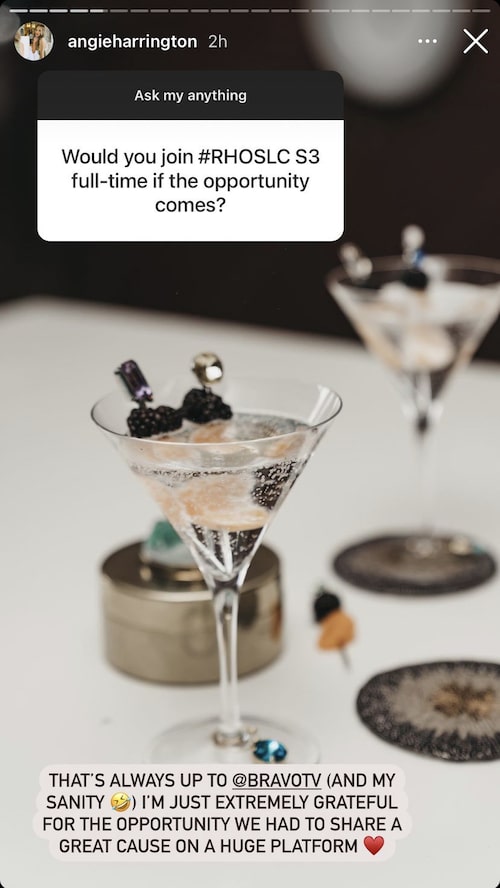 Another RHOSLC fan wanted to know if Angie learned anything from her time on the show.

“What is one thing you’ve learned about yourself while filming?” the person asked.

“To do your best to be impeccable with your word. I really try to operate from a place of honesty. Therefore I will always speak up when something feels off,” Angie replied. “And show grace… We all make mistakes.” 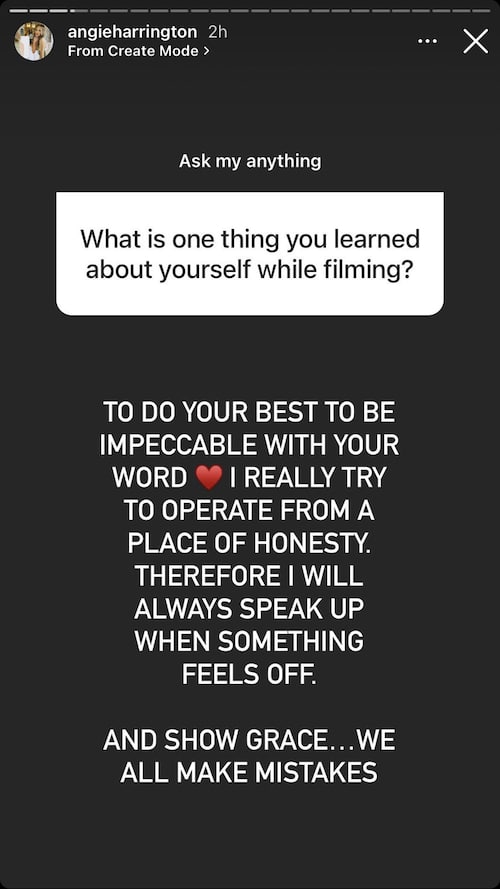 RHOSLC Live Viewing – This is also the live viewing thread for tonight’s new episode of the Real Housewives of Salt Lake City season two, so feel free to share your thoughts and chat below as the new episode airs at 9/8c on Bravo.