Stassi Schroeder on Why Jax Taylor Was “Hard to Work With” 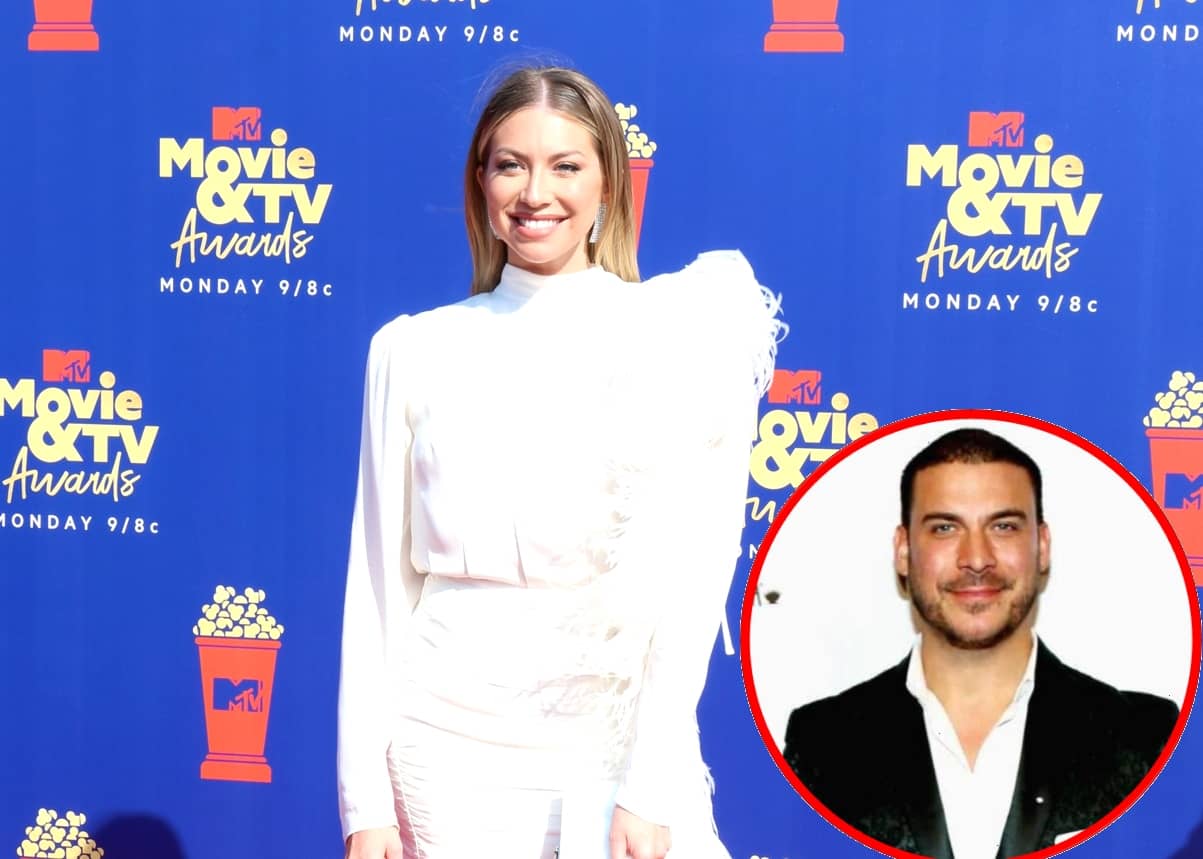 Stassi Schroeder threw some shade at ex-boyfriend Jax Taylor while appearing on a podcast in May.

While looking back at the many years she spent filming Vanderpump Rules alongside him, Stassi admitted that Jax was the cast member who took the fun out of filming before opening up about being fired just after husband Beau Clark quit his career to help her with hers.

“Jax, honestly. He was hard to work with. Unhinged can be fun. It’s entertaining. But he would try to like cancel scenes and ruin them for other people,” she recalled on the May 23 episode of The Skinny Confidential Him & Her podcast. “He’d be like, ‘No one wants to go to your party.’ And it’s like, ‘Woah, woah, this is a scene that we’re all scheduled to be in. Just because you don’t wanna go…’ He made working difficult.”

Following eight seasons on Pump Rules, Stassi, along with Kristen Doute, Max Boyens, and Brett Caprioni, were fired for past racist behavior in June 2020 — just after Stassi and Beau conceived their first child and decided to team up by focusing solely on her career as a reality star and podcast host.

“I’m like, ‘I just bought a house.’ Beau agreed right before COVID that he would stop casting for a while and come with me on tour and we would just focus on my career as a couple and be together. It was literally like, ‘Is this for real? How are we going to support ourselves? What are we gonna do?’ He just gave up so much to be working on my dreams and then my dreams just got crushed,” she explained. “So it was a really challenging time.”

According to Stassi, she and Beau were forced to figure out how to “start over,” “build something else,” and “how to pivot without compromising our relationship and completely falling apart as a couple during a pandemic.”

As for her potential return to reality television, Stassi said she’d only get back in front of the cameras if she had control over the narrative that would be put out.

“I’ve been asked a lot and I’ve had these conversations and I’ve struggled with the fact that my answer is kind of like an ‘I don’t know.’ I love my life so much right now and I know how reality TV disrupts your life and it puts you in situations that you would normally not be in,” Stassi explained.

Stassi then said that she didn’t enjoy being put into a certain category and lifestyle that was beyond her control.

“But at the same time, I really enjoyed doing reality TV. It was fun… [And] all I know is I wouldn’t go back to reality TV unless I was an executive producer,” she confirmed.

Vanderpump Rules was recently renewed for a 10th season on Bravo and is expected to begin filming in the coming weeks.

The Ghost Lady Thriller of Star Studded Comics, Up for Public sale