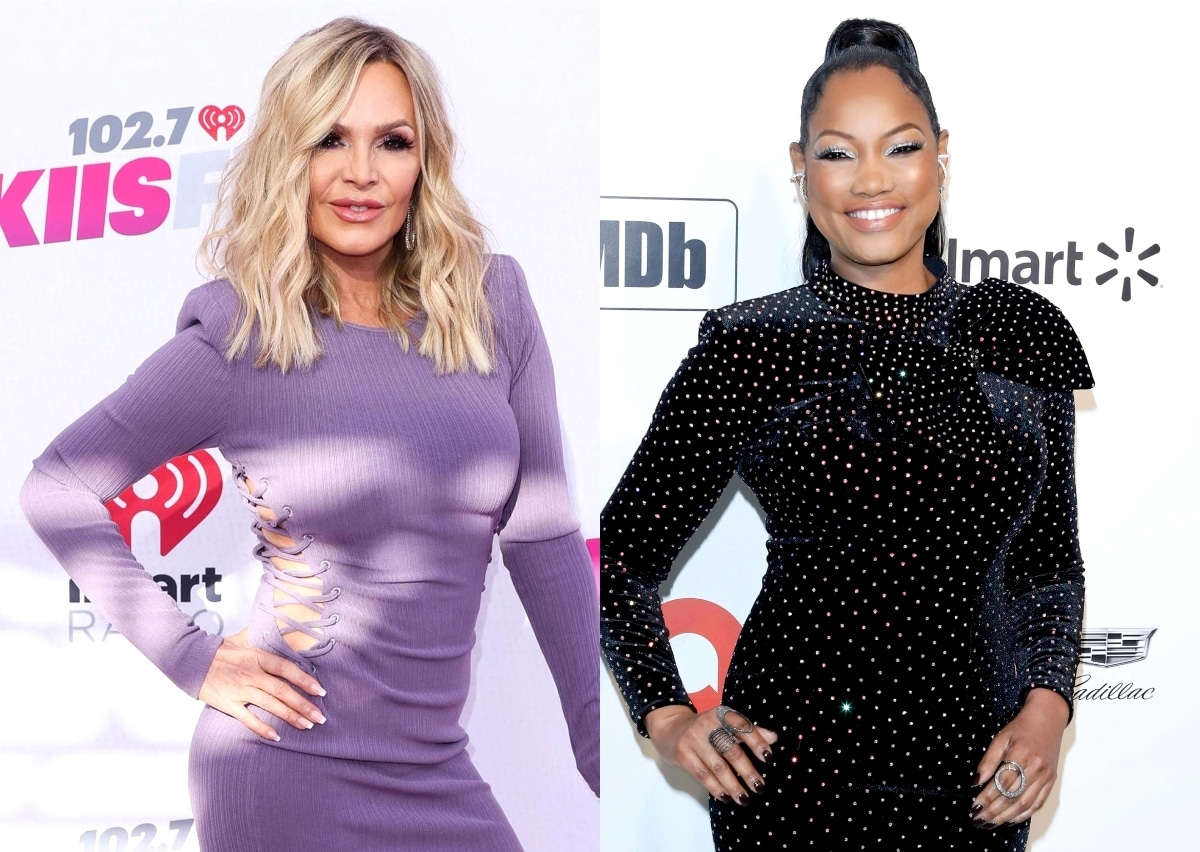 On the latest episode of Real Housewives of Beverly Hills, Crystal Kung Minkoff felt like Kyle Richards dismissed her feelings.

“I’m sorry if I made you feel like that, not heard,” said Kyle in an apology. “I always think that I am a fixer and try to patch things up.” Later on, Garcelle Beauvais shaded Kyle as “a fixer and a stirrer” — and made a stirring motion with her hands.

Tamra first complimented the actress. “I will say I was very impressed with Garcelle this episode. She was really moving the storyline along and coming up with those one-liners,” said the Bravo alum, via Heavy.

The hosts also suggested that Garcelle was hypocritical (when she hinted that Kyle was a pot-stirrer).

According to Tamra, Garcelle is “the queen s*** stirrer,” and has “the golden spoon.”

Teddi agreed with the assertion. “I love a good s*** stirrer but you can’t drop it in a confessional if that’s what you are doing yourself,” she said.

Then, the alums addressed a photo of Garcelle, Sutton Stracke, and Denise Richards, which Garcelle posted on Instagram.

“Ultimate s*** stirrers right there, they are licking that spoon,” Tamra expressed.

Teddi doubted that Denise would get her RHOBH diamond back.

“I ultimately think Denise was very hard to deal with in regards to production stuff, like she would say she was going to show up, they would get her a hotel room and they did special things for Denise and she wouldn’t show up. I can only say if it were me – I don’t know if I would make that big of an effort for someone who could quit at any moment,” said the star.

In June 2022, Garcelle addressed Crystal’s claim that Sutton made a “dark” comment about race. The comment was later revealed.

“My white child is with Black girls in [the pool], a Chinese girl was in the Jacuzzi. And I’m like, ‘this is what it should be,’” said Sutton, in a previous conversation with Crystal.

Garcelle told PopCulture that the comment “wasn’t that bad.”

“It wasn’t that dark. Like, come on. I mean that was dangerous. I thought, you know, in terms of saying someone said something that could be really damaging to them and it wasn’t,” said Garcelle.

Garcelle, it seems, likes to call out castmates’ hypocrisies. What will happen, however, when the finger is pointed back at herself? In the past, Kyle labeled Garcelle the “Queen of Deflection.”

Will the actress be able to handle this criticism — or is she better at dishing it out?