Tarek El Moussa Breaks Up Heather and Christina Amid Fight 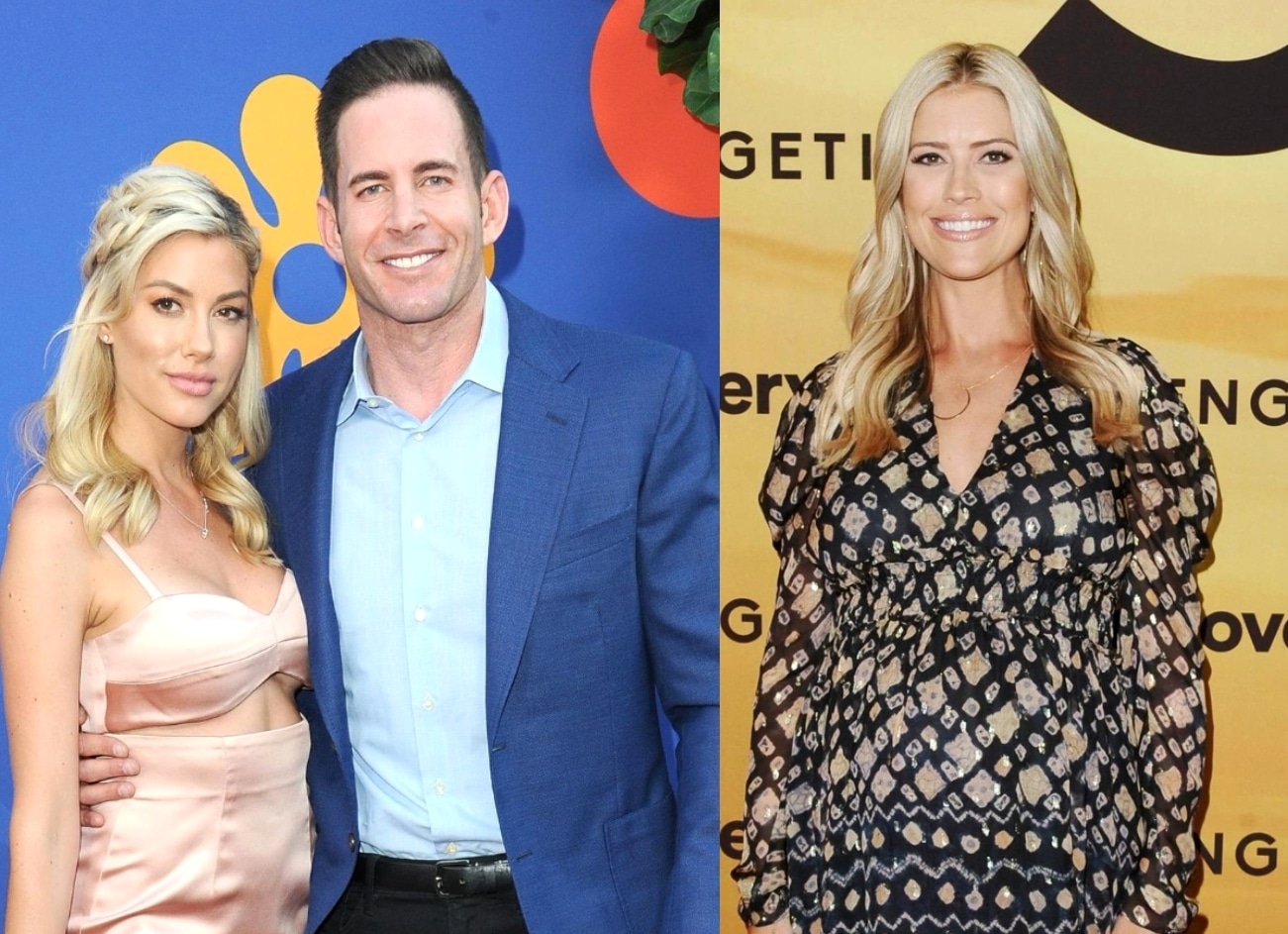 Tarek El Moussa and Heather Rae Young were involved in a series of public disputes with his ex-wife, Christina Hall, and her new husband, Joshua Hall, over the weekend.

On Saturday, before the former couple’s six-year-old son, Brayden, was hospitalized suddenly, Tarek was seen dragging the Selling Sunset cast member by the arm as she argued with Christina at the child’s soccer game in Newport Beach, California, before the coach was forced to separate him from Joshua amid what was described as a “nose-to-nose spat.”

According to a May 9 report from the Daily Mail, Tarek and Christina, who recently filmed their final season of Flip or Flop and also share 11-year-old daughter Taylor, reunited on the soccer field, where they appeared to be quite at odds.

In photos, Tarek, who was dressed in all black with a matching hat, pulled his wife’s arm as she stood in front of Christina, who was holding a baby and sitting beside Josh and a female friend.

He was then seen arguing with Josh as they stood near the goals of the field.

Following the drama, Tarek and Christina’s son suddenly fell ill, and he was hospitalized for an emergency appendectomy as well as the removal of his Meckel’s diverticulum. And shortly after the two couples rushed to the medical center where he was being cared for, they seemingly put their differences aside as they put up a united front.

“We just left little man, he’s in pain but he’s a strong boy and he’s getting discharged today. We all pulled together as a family during this stressful time. The kids will always be the main priority to all of us!” Heather proclaimed in a message shared to her Instagram Story, which was later reshared by Christina. 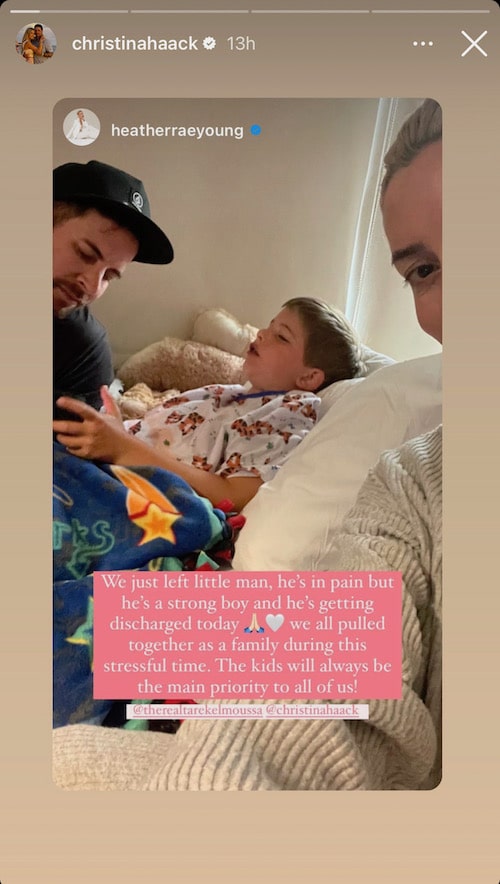 Christina also shared an Instagram Story of her own in which Brayden was seen in sitting up and coloring.

“Stressful 24 hours but a good reminder how important team work / co-parenting is. We are all under pressure but when it really matters we were all there for Brayden doing our part. Sometimes a scary situation can be a good wake up call. In the end all the other stuff is just ‘noise,’ what matters is the kids,” she noted, tagging Tarek, Heather, and Josh in the post. 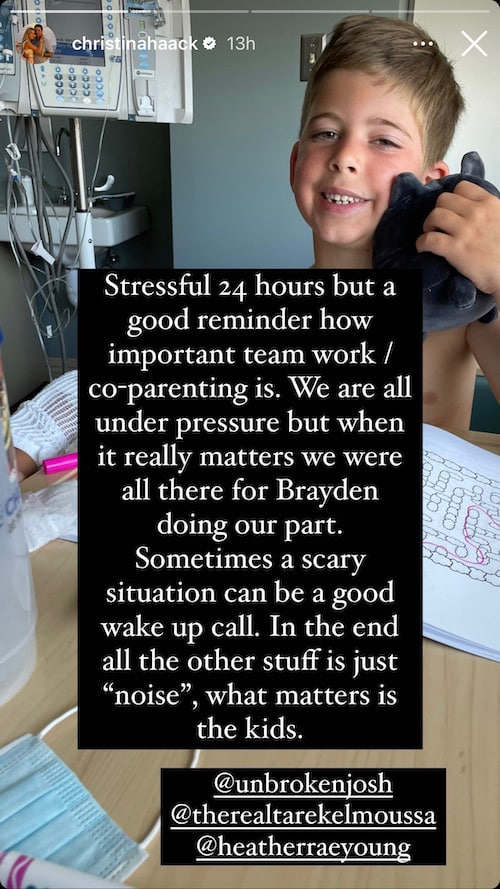 While Heather and Christina didn’t directly address their soccer field drama, they appear to have moved on from the spats.