Teddi Mellencamp on Backstage Drama With RHOBH Cast at Event 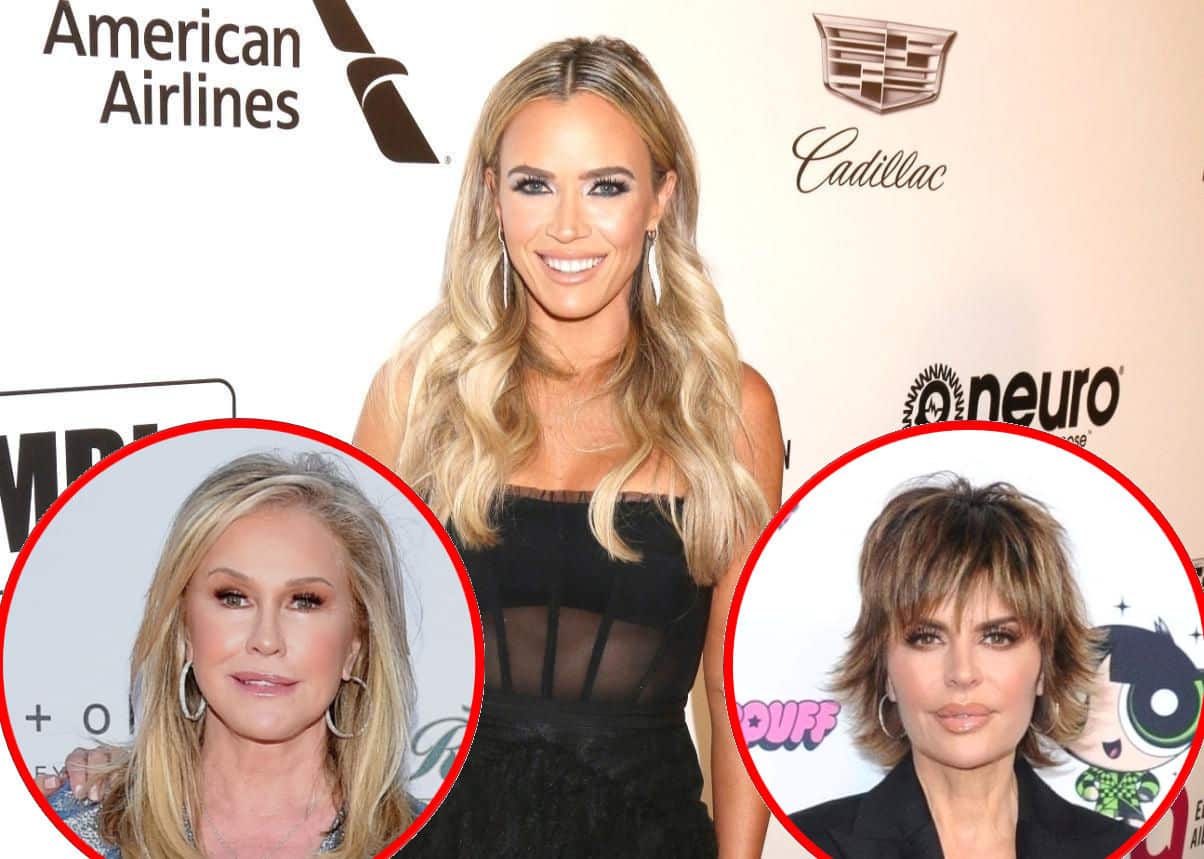 Teddi Mellencamp attended the MTV Movie and TV Awards taping last week and during a recent episode of her podcast, which she co-hosts with Tamra Judge, the Real Housewives of Beverly Hills alum revealed there was some backstage drama between Lisa Rinna and Kathy Hilton.

As both of the women were accused of working with an alleged PR person to drag the other’s name through the mud, Teddi looked back at their interaction at the awards show while also sharing her thoughts on the Patrick Somers drama and admitting that Sutton Stracke wasn’t very nice to her at the event.

“The Beverly Hills cast was a little split up,” Teddi shared on the June 7 episode of Two T’s in a Pod. “Not all of them sat down prior to presenting.”

After arriving at the event as presenting began and performing their on-stage duties, Teddi said the ladies of the RHOBH cast sat down at a table where Crystal Kung-Minkoff and Rob Minkoff were seated.

“Rinna sits down at that table. She’s told by her PR person or whomever it is, ’Sit there.’ [Next] I see Erika start to walk to the same spot and then Kathy came and sat down next to Rinna,” Teddi revealed.

And that’s when the behind-scenes-drama began.

“Rinna got up and left. Then Kathy walks over to [Paris Hilton]’s table, where [Bethenny Frankel] is, and then proceeds to use a hand fan the entire awards,” Teddi explained.

As RHOBH fans will recall, the ladies’ appearance at the awards show came just after Patrick alleged he had been hired by someone whose name rhymes with “Milton” to put out negative stories about Rinna. However, in the days since, Patrick has changed his tune and now claims he actually teamed up with Lisa.

“I truly believe neither of these women know this person,” Teddi admitted of Patrick, noting that on Instagram, she and Patrick have just one mutual friend: a woman who once babysat her kids.

Continuing on of her experience at the MTV Awards, Teddi said that she and Tamra were sat at a table with Dorinda Medley, Dorinda’s niece, Taylor Armstrong, and Taylor’s husband, John Bluher.

“And of course the table next to us is [Teresa Giudice], [Luis Ruelas], [Joe Gorga], [Melissa Gorga], and Kristin Cavallari. She looked beautiful and she’s so funny. We loved chatting with her… and the table next to that was [Garcelle Beauvais], her two sons, [Sheree Zampino], and then coming in later was Sutton and her daughter,” Teddi revealed.

According to Teddi, she believes that Sutton wasn’t nice to them because she’d accused her of calling Erika Jayne “white trash” on a prior episode of their podcast.

“She wasn’t very friendly to me either. My guess is she’s annoyed about the, there was all the clickbait about her calling Erika and I, saying [we’re] ‘white trash,’ where they didn’t air it… She said to us, while we were filming, ‘I didn’t come to those white trash towns,’ and then they [took] it out of context.”

Teddi went on to say that while Sutton didn’t seem thrilled with MTV’s content, she ironically had a great time with Garcelle.

“[Sutton] was kind of making funny faces about the music being played because of her daughter and I’m like, ‘You know what you’re coming to. Of course, they’re gonna play this music.’ We [danced] the whole time but she was just kind of making these faces. But you know who I was dancing and having a nice time with? Garcelle,” Teddi revealed.