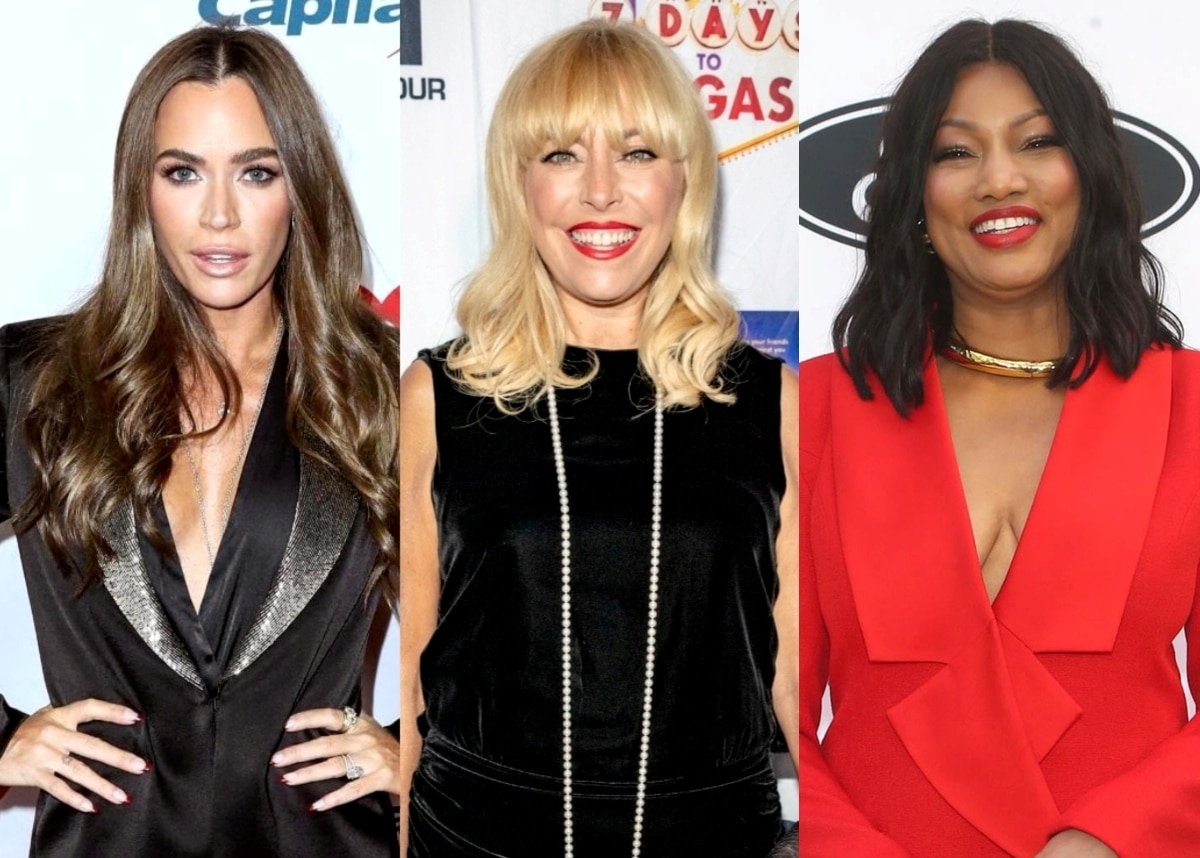 Teddi Mellencamp took aim at Sutton Stracke on the latest episode of her and Tamra Judge‘s podcast.

Years after Sutton infamously called a then-pregnant Teddi “boring” on an episode of The Real Housewives of Beverly Hills, Teddi complained that Sutton seems to be unable to have fun on the show as her co-host agreed that Sutton often appears “miserable” on the show and criticized her behavior toward her castmates as “aggressive” and “mean.”

“I’d rather be boring and smile and be enjoyable and have fun than be whatever it is that Sutton is. Because Sutton, to me, has not shown one moment of fun this entire season,” Teddi noted on the July 1 episode of Two T’s in a Pod. “Has Sutton laughed or had a good time? You guys love her shady confessionals and maybe there, she’ll smile but when she’s in the group of women, she just seems miserable.”

“I think the only time Sutton seems like a good time is when she’s doing karaoke with her assistant that she pays. That’s what lights her fire and makes her happy,” she continued.

The ladies then moved on to Garcelle Beauvais, who said on a recent episode of Watch What Happens Live that she can defend Sutton for saying Teddi was boring before they met.

“Here’s the thing, Tamra is my witness. How did Garcelle treat me at the [MTV Movie & TV Awards]?” Teddi asked. “Who came up to who first?”

“She came up to you,” Tamra confirmed, adding that Garcelle was “sweet” before wondering why she called Teddi boring.

Teddi then pointed to double standards from Garcelle, who criticized Diana Jenkins for saying Sutton is boring.

“If she believes it is rude or mean for Diana to say that Sutton is boring, why is it not the same for me?” Teddi wondered, saying that Garcelle seemed to be standing by Sutton “no matter what.”

“I don’t know what the deal is with Garcelle. I feel like I’ve been repeatedly complimentary of her. I think she knows what’s going to generate press,” Teddi added.

Moving on to the latest antics of Erika Jayne, Tamra admitted she loves “seeing a drunk Erika.”

While RHOBH fans have since seen that Erika’s drunken behavior at Garcelle’s birthday party led her to hit on her castmate’s oldest son, Oliver Saunders, and cuss out her 14-year-old son Jax, the ladies’ podcast was filmed before her antics against Jax were made public.

“I’d rather see somebody drunk having fun than somebody being mean and being closed off and not being able to understand when somebody sends a text and says, ‘I’ve had miscarriages and this is where I am,’ and still coming for them,” Teddi noted, comparing Erika to Sutton.

Despite taking up for Diana, Teddi admitted that the new RHOBH cast member isn’t exactly her favorite. In fact, she said she didn’t “love” her after watching last week’s episode and suggested she may be trying to be a “villain.”

“I believe that once she lost her emotional control, she went the opposite way. So instead of being vulnerable with everybody, she decided to tell everybody, ‘F you,’ all the time,” Teddi suspected, noting that Diana is too “money driven.”

“That’s my issue with Diana. Do I think there are parts of Diana that has done all the right things with her money? Yes,” Teddi noted after Tamra recalled Diana’s recent social media feud with Garcelle, during which she mentioned the “many millions” she’s given to Haiti and “other 100% black communities.”

Teddi was then asked about a blind item that suggested she and husband Edwin Arroyave had sat in first class on their way to Cancun, Mexico, as their kids were left with the nanny in coach. But Teddo confirmed the rumor was false, at least partially, saying that Edwin flew to Mexico a week before her as she stayed in Los Angeles with their kids until his oldest daughter, Bella, wrapped a volleyball tournament.

“We were only able to get two first-class tickets and then were able to get four in coach, all in one row. So the three kids, and then right next to them is Katie, my assistant/nanny,” Teddi explained. “The only situation that is accurate here is that Dove and I did sit in first class and the other kids did not.”

As for the claim that she forced her nanny to go through customs with her kids as she went through separately, Teddi said that was not the case.

“I did walk to customs the second I got off the plane with Dove so that then I could skip a huge portion of the line and then look to Slate and Bella and Cruz and Katie go, ‘Come on guys, I’m here,’” she recounted. “The kids were thrilled. They went on the trip of a lifetime. Why turn [that] into something negative because we couldn’t sit next to each other on a plane?”

Also on her podcast, Teddi confirmed she is the proud owner of a $20,000 Birkin bag following a recommendation from her bestie, Kyle Richards.

“My husband gave it to me as a push present,” she shared. “[But] I get worried putting it places. I don’t use my Birkin that much. I was proud of Edwin for figuring out how to get one the way that I would like it. Of course he consulted Kyle and what did Kyle tell him to get me? She has one in every color, pretty much.”

Amy Winehouse ‘Back to Black’ Biopic: Everything We know