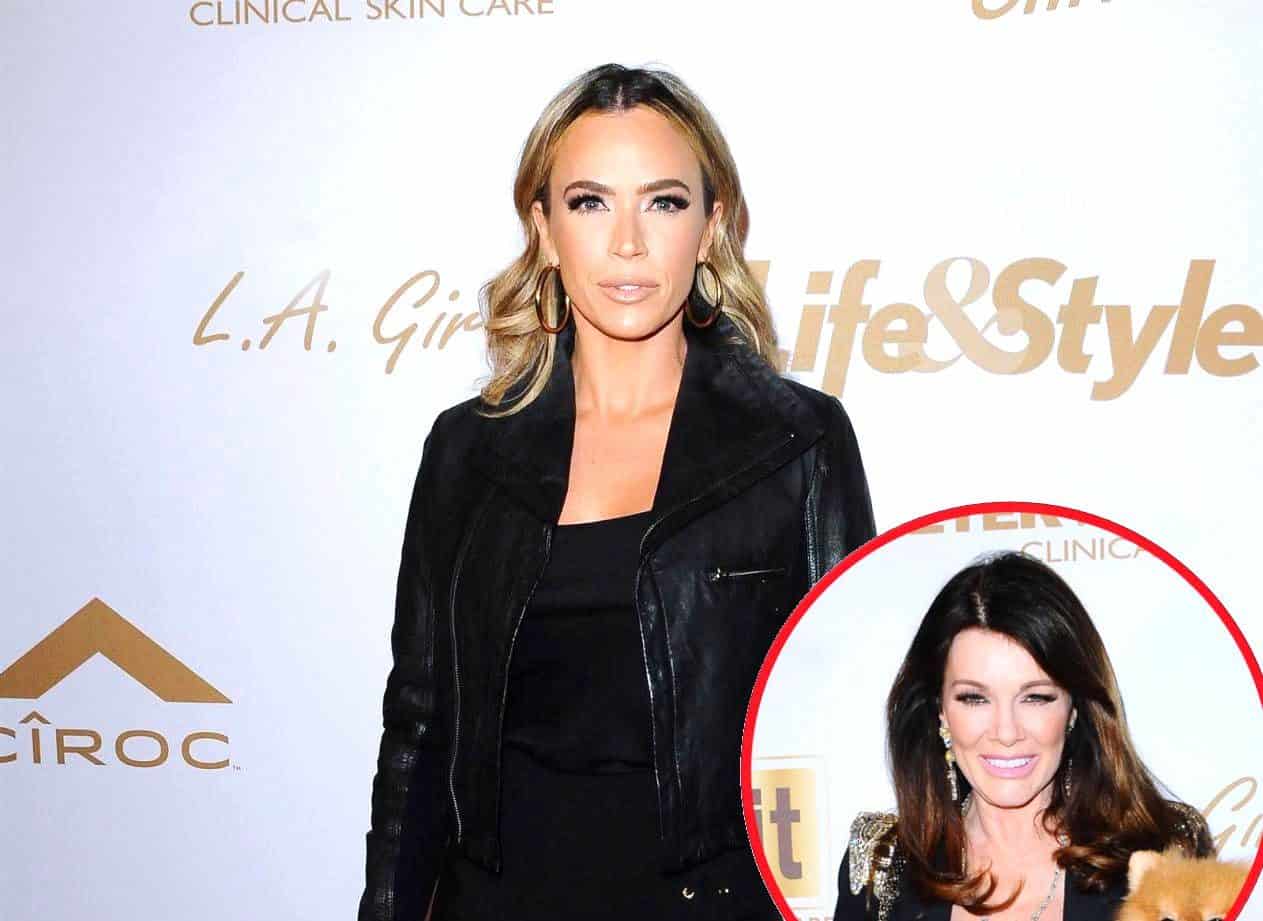 Teddi Mellencamp claims she was brought to the Real Housewives of Beverly Hills cast as a supposed friend of Lisa Vanderpump.

During a recent episode of her podcast, Teddi said that after choosing to appear on RHOBH over The Real Housewives of Orange County, even though she was much younger than the ladies of the show, producers “paired” her with Lisa and attempted to forge a friendship between the two of them.

“They paired me [with] Lisa Vanderpump as my bestie. And so it was a very awkward… Like, we’re going to tea. I had never had tea in my life. There was just… The tea, and the caviar and I’m like, ‘I was born in Indiana and grew up in South Carolina. I don’t eat caviar. I don’t drink tea,’” Teddi recalled on the May 23 episode of the Two T’s in a Pod podcast.

According to Teddi, she agreed to appear on RHOBH to get out of doing a different project.

“I accidentally signed up for a show that I really didn’t want to do, and I called CAA and begged them to get me out of that contract. And they said, ‘We can probably do that for you, but would you do Housewives,’” Teddi explained. “And then they asked me, ‘Would you rather do [RHOC] or [RHOBH].’”

Although Teddi has homes in both Los Angeles and Orange County, she wasn’t sure which series was for her. So, she asked her agent which they would recommend.

“And they said, ‘Well, Beverly Hills normally better for people’s businesses and stuff and they don’t normally get into physical altercations.’ So that’s where it was,” Teddi revealed.

While Teddi surely got attention for her accountability business, All In, it wasn’t always good. And, when it came to backlash, she didn’t only receive hate for her profession. Instead, she also took heat for… her hands.

“I show my hands in an Insta Story and I’m attacked,” Teddi admitted. “I talk with my hands, always, and people are like, ‘Man hands! You should be ashamed of those hands.’ And I’m like, ‘You know what, I kind of am.’”

After chatting about hands with her co-host, Tamra Judge, Teddi learned that one particular RHOC alum has great hands.

Later in the podcast, Teddi said that while she wasn’t always a fan favorite, being seen having fun only “when [she] was drunk” on the show, she didn’t hesitate to deliver when it came to the drama of the series.

“When you’re in a setting with a bunch of people, and you have to have a show made, and you know that you have four hours and somebody needs to get this point across in those four hours, I would always do it,” she stated.