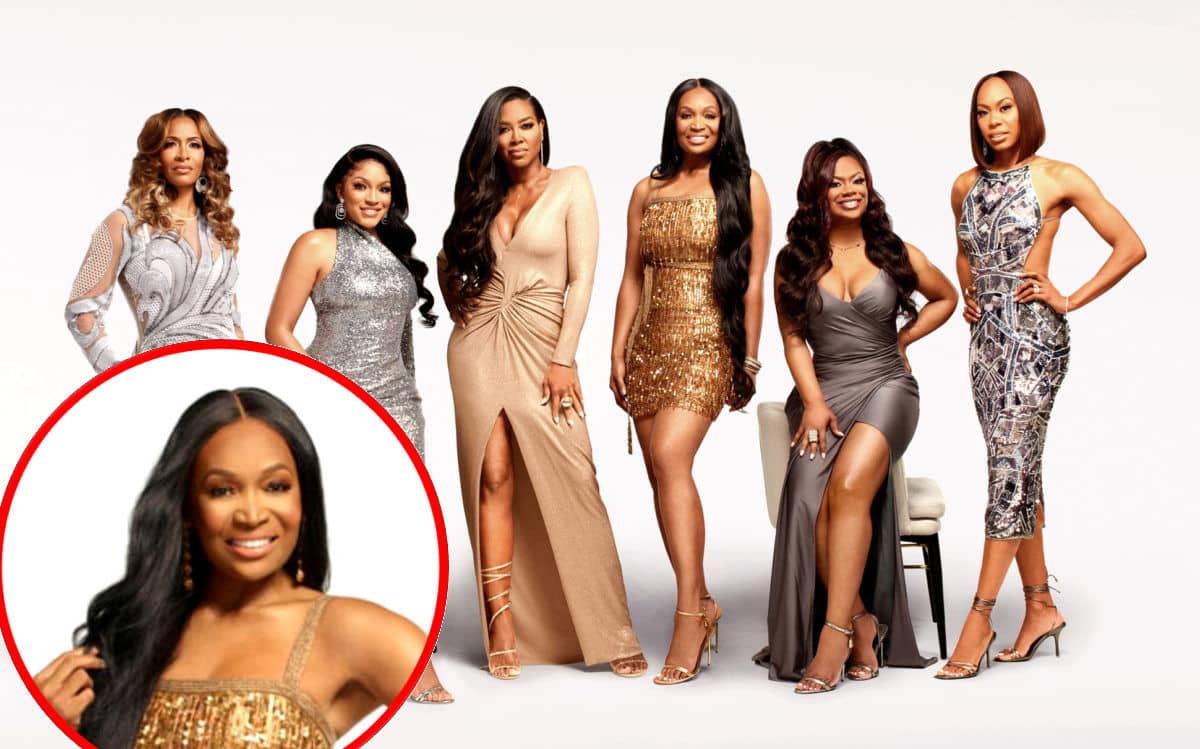 Marlo Hampton gave her castmates candles on Sunday night’s episode of The Real Housewives of Atlanta. But, in true Marlo form, she did so in the shadiest of ways.

After purchasing a collection of candles, Marlo staged a “fun” room-picking game amid her girls trip to the Blue Ridge Mountains, during which she read the diss written on the candle and awarded the first person to guess who the comment was about with the earliest choice of a room.

“I saw this cute brand, they had little sayings on the candles. So I pick the candle up, and I read it aloud, whoever guessed it, they were able to pick a room,” Marlo explained on the July 18 episode of the RHOA: After Show.

While chatting with co-star Sanya Richards-Ross, Marlo revealed that one of her candles read, “Good vibes and fresh gossip.” And, after Sanya suspected the description best fit Sheree Whitfield, Marlo corrected her, saying that the dig was about Kandi Burruss.

“I get the good vibes, but fresh gossip?” Kandi asked in response.

Then, after Drew Sidora pointed out that Kandi “be having all the tea,” Kandi seemed to get comfortable with the label.

“Who me?” she cheekily replied.

But she was wrong again. And after Marlo revealed the honor went to Sheree, Sanya said, “that’s right, too,” giving a nod to Sheree’s past relationship with now-ex-boyfriend, Tyrone Gilliams, who stood her up in Philadelphia before attempting to sell stories about their romance.

Although Sheree was hesitant to accept it at first, she eventually admitted, “That’s kind of true.” Still, after confessing that her relationship with Tyrone was proof of the label, Sheree said Marlo’s selection was “totally a dig.”

“The candle was shady. It was Marlo being very shady to everyone. Because I think everyone’s was pretty negative,” she pointed out.

As for Drew’s candle, which read, “Smells like repeated resolutions and wishful thinking,” Drew denied she fit the description.

“I remember just being confused. Wishful thinking? No, I manifest. That wasn’t me,” she clarified.

Kenya Moore was also, of course, shaded by Marlo amid the game. However, looking back on Marlo’s selection, which said, “Smells like devotion and delusion,” Kenya made it clear that she did not care about Marlo’s diss, nor was she surprised by her negativity.

“They’re all negative. Again, you’re starting out being negative towards people that are supposed to be your friends. Now, if I was there, why would you say something like that to insult me, to insult your other friends that are there to support you?” she wondered.

But Marlo has no regrets about the game.

“I thought that was cute. The candles came like that. I didn’t [tell them what to write on them]. They weren’t custom made for them [but] they were thinking about them when they made them,” she revealed.

Real Housewives of Atlanta Live Viewing – This is also the live viewing thread for tonight’s new episode of RHOA season 14 episode, which airs at 8/7c on Bravo. As the episode airs, please share your comments in our chat below.

The Crime Drama of Justice Traps the Responsible, Up for Public sale