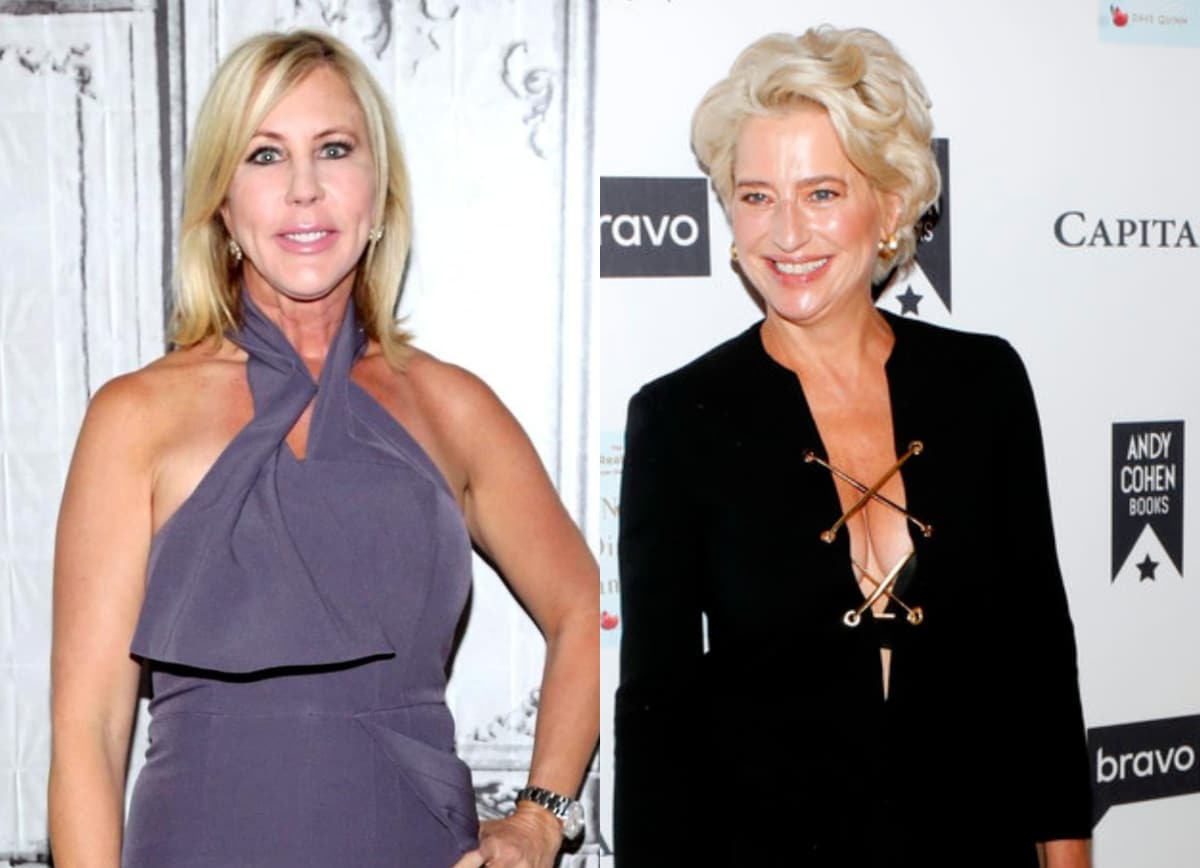 Vicki Gunvalson is clapping back at Dorinda Medley‘s suggestion that she’s sent her “hundreds” of text messages amid their ongoing feud.

After reading a report online in which the former Real Housewives of New York City star claimed to be ignoring the “hundreds of texts” she had allegedly sent her, the Real Housewives of Orange County alum, who filmed the upcoming second season of Real Housewives: Ultimate Girls Trip at Dorinda’s home last year, denied doing any such thing.

“She is an absolute liar. I don’t have time to txt anyone 100 texts. Don’t flatter yourself,” Vicki wrote in a comment on the Bravo Housewives fan page on Instagram, being sure to tag her current rival. 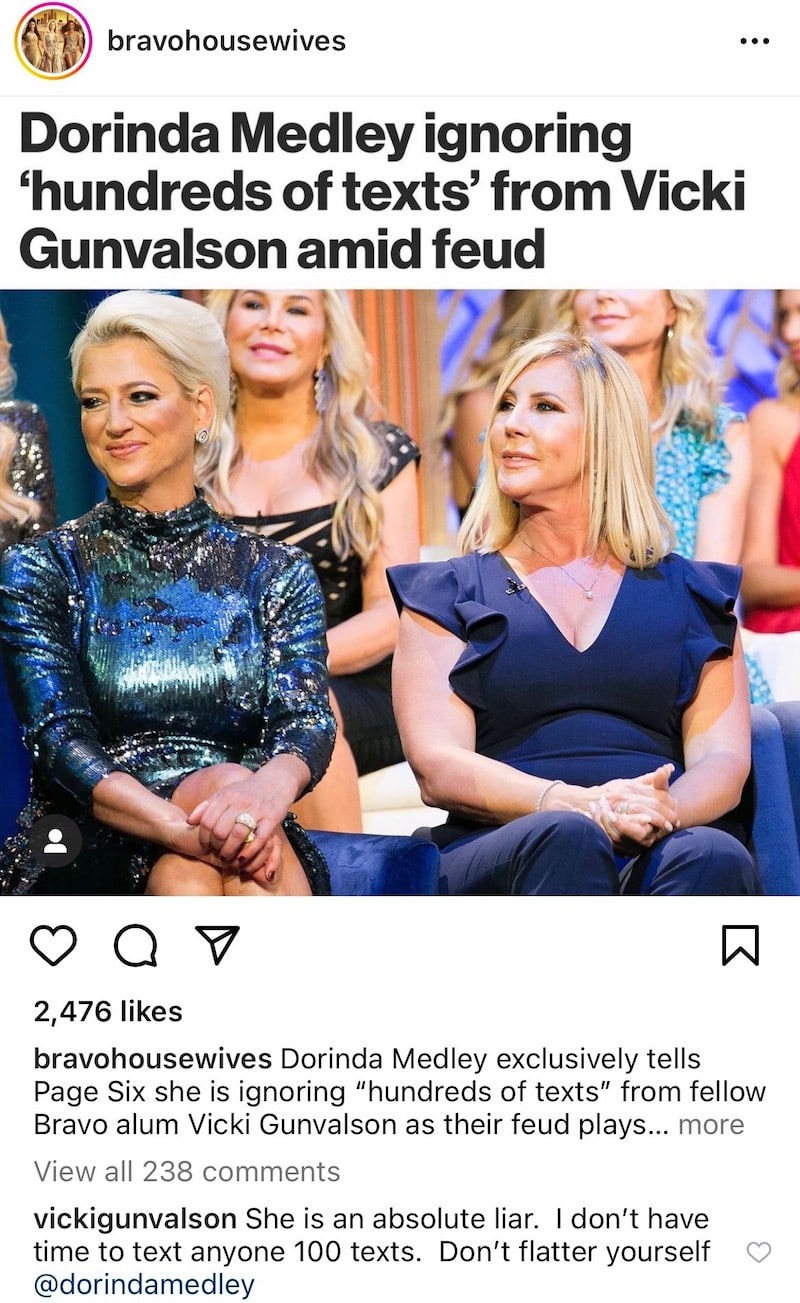 After feuding throughout their time together at Bluestone Manor, Vicki and Dorinda’s tension was rebooted as Vicki said she’d be “freaking miserable” at the historical property because it’s far from activities and the beach.

In addition to firing back at Vicki by suggesting she’s a “joke,” Dorinda labeled her RHUGT co-star “jealous” and tasteless before taking aim at her past failures in love.

“You may not like my life, but I also don’t date people that pretend to have cancer, you know what I mean?” Dorinda said during a chat with Page Six. “I also don’t date men that then leave you for women that are half their age… You wanna get mean, I’ll get mean.”

In other Vicki Gunvalson news, the former RHOC star took to her Instagram Story on Thursday night to share a photo of herself and her boyfriend, Michael, on a plane heading to Chicago.

“Headed to show Michael my ‘roots’ in Chicago,” she captioned her pic. 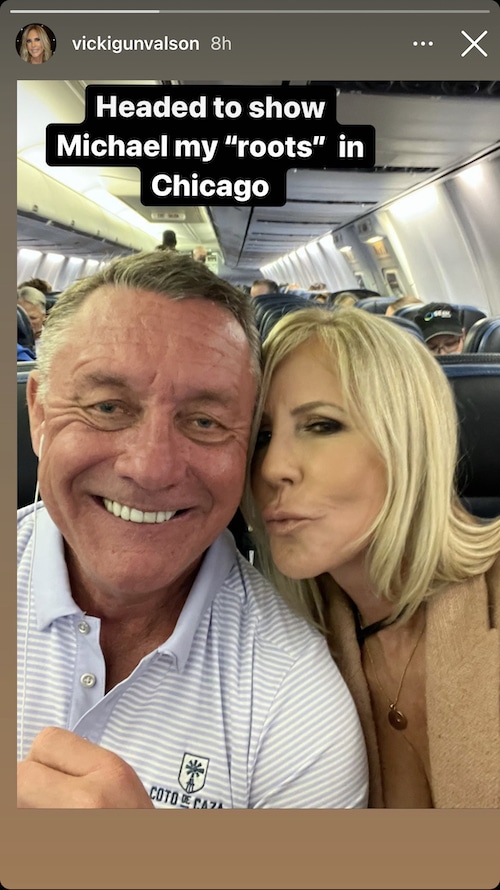 Earlier this year, while appearing on Access Hollywood‘s Housewives Nightcap, Vicki gushed over her new man, saying he’s “frickin’ incredible” and “the first man that has ever really treated me to anything.”

Dick Briefer’s Journey within the Unknown with Rex Dexter, at Public sale

Dick Briefer's Journey within the Unknown with Rex Dexter, at Public sale